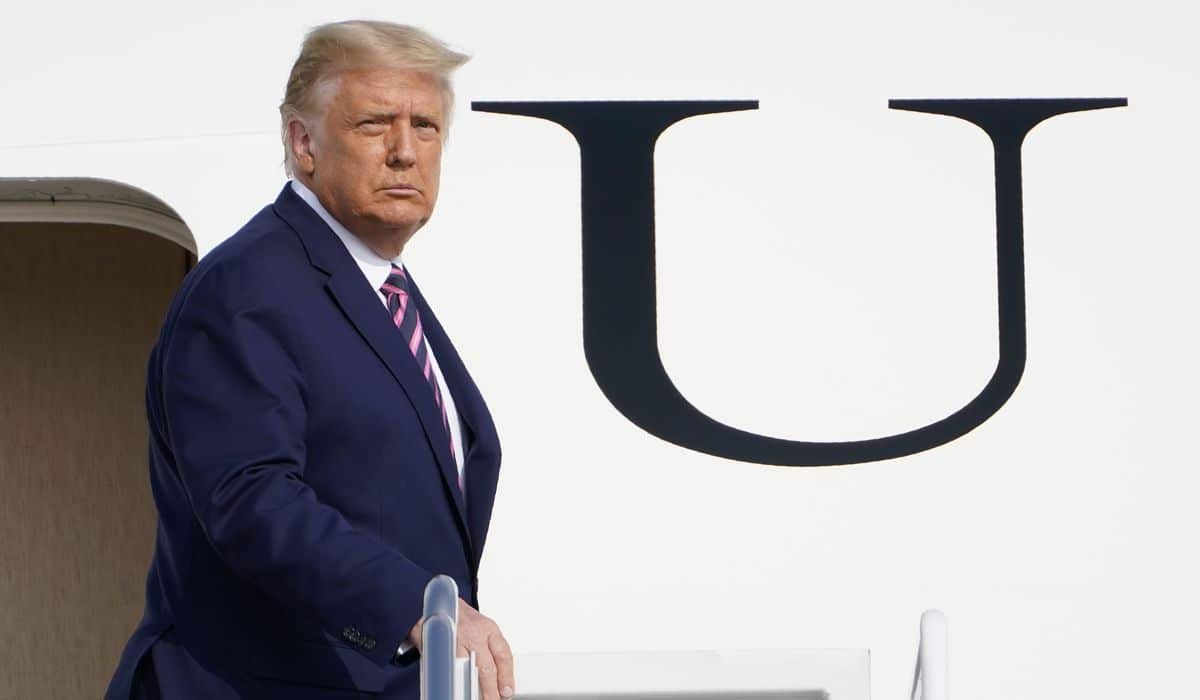 President Trump said Saturday he will move “without delay” to fill the seat left vacant by the death of Justice Ruth Bader Ginsburg, joining with Senate GOP leaders in committing to what is likely to be one of the most intense confirmation battles in history.

“We were put in this position of power and importance to make decisions for the people who so proudly elected us, the most important of which has long been considered to be the selection of United States Supreme Court Justices. We have this obligation, without delay!” Mr. Trump said on Twitter.

Whether the Senate GOP conference will be able to hold its ranks, though, is another question.

Justice Ginsburg made a death bed declaration that she wanted the seat filled by whoever wins the presidential election.

Senate Majority Leader Mitch McConnell said just hours after Justice Ginsburg’s death that he would push ahead with whomever Mr. Trump names.

In a letter to colleagues, he urged them “to keep your powder dry” and not lock themselves into a position opposing any vote this year.

He said there’s enough time left in the year — Justice Ginsburg’s own confirmation took 50 days, he said — and he dismissed complaints that Republicans are being hypocritical by pushing ahead now, after denying President Obama a chance to pick a replacement after the death of Justice Antonin Scalia in 2016.

Mr. McConnell says in that instance the White House was controlled by a Democrat and the Senate controlled by the GOP. Now, both are held by the same party.

Democrats said that was parsing too much, and insisted Mr. McConnell and his fellow Republicans follow the precedent they set four years ago.

Liberal pressure groups are already taking that argument to the states, where a half dozen or more Republican senators face tough re-election campaigns.

Some have already committed to a vote on Mr. Trump’s pick, including Sen. Martha McSally of Arizona.

“The U.S. Senate shout vote on President Trump’s next nominee for the U.S. Supreme Court,” she wrote on Twitter.

In North Carolina, Sen. Thom Tillis said Saturday that Mr. Obama was a lame duck four years ago, whereas Mr. Trump is facing voters. He said Mr. Trump should make his pick and voters can judge him for it at the ballot box.

“There is a clear choice on the future of the Supreme Court between the well-qualified and conservative jurist President Trump will nominate and I will support, and the liberal activist Joe Biden will nominate and Cal Cunningham will support, who will legislate radical, left-wing policies from the bench,” Mr. Tillis said in a statement.

Sen. Lindsey Graham of South Carolina, who finds himself in a surprisingly close race, said in 2018 that he would be inclined to back a high court nomination fight in an election year.

But on Saturday he posted a link on Twitter to remarks he made earlier this year saying he would work to fill a vacancy that arose this year.

That’s crucial since Mr. Graham serves as chair of the Judiciary Committee, and would oversee any confirmation battle.

A number of other Republicans in key election fights did not take a stance, instead keeping their remarks Friday and Saturday to praise for Justice Ginsburg’s legacy.

Senate Republicans hold a 53-47 edge over the Democratic Caucus, so they could lose three senators and still have Vice President Mike Pence break the tie on confirmation.

One wrinkle is that Ms. McSally is sitting in the seat once held by the late Sen. John McCain. The Arizona Republic reported Friday that should she lose in November, her Democratic successor could be sworn in as soon as the results are certified, perhaps on Nov. 30.

That could constrain the GOP’s ability to operate in a lame duck session.