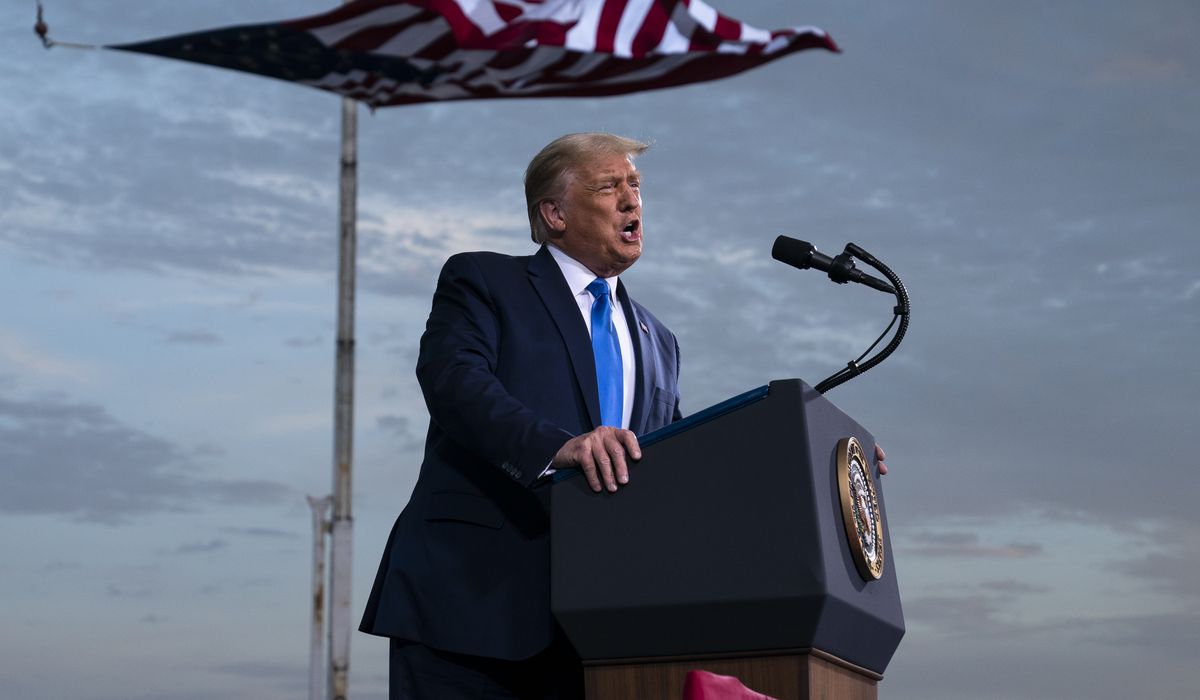 President Trump exulted Thursday night in new bombshell disclosures of FBI malfeasance into the spying on his campaign in 2016, calling it “a big day” for him in the long-discredited Russian collusion investigation.

“Today a trove of text messages was release from the FBI agents involved in the Russian witch hunt,” the president told supporters at an outdoor campaign rally in Jacksonville, Florida. “We caught them. They were trying to do a coup.”

The president told the crowd of thousands, “This was a big day. Never forget, they are coming after me because I am fighting for you.”

Mr. Trump referred to a report in The Federalist, which cited previously hidden FBI text messages. In the texts, agents said were so concerned about the agency’s potentially illegal behavior in probing the Trump campaign that they purchased liability insurance to protect themselves less than two weeks before Mr. Trump was inaugurated president.

“These people are scum… we caught them spying on our nation,” the president said.

Further, the primary source of the anti-Trump dossier authored by ex-British intelligence agent Christopher Steele was the subject of a two-year FBI counterintelligence investigation for suspected contact with Russian intelligence officers, Attorney General William Barr revealed Thursday. The FBI relied on the dossier to get authorization for its probe of the Trump campaign.

Mr. Barr told Senate Judiciary Committee Chairman Lindsey Graham, South Carolina Republican, in a letter on Thursday that the disclosure has been declassified from U.S. Attorney John Durham’s investigation into the origins of the FBI probe of the Trump campaign.

“I have consulted with Mr. Durham, who originally brought this information to my attention in the course of his investigation, and he has informed me that the disclosure of the information will not interfere with his criminal investigation,” Mr. Barr wrote.

Former White House press secretary Sarah Huckabee Sanders reacted to the news on Twitter, “So there was collusion with Russia to interfere in our democracy after all — between the Obama administration and a suspected Russian spy to take down President @realDonaldTrump.”

The president traveled to Florida on the same day that Broward and Palm Beach counties began sending out more than 635,000 vote-by-mail ballots. By the end of next week, ballots will have been sent to more than 4.7 million Florida voters.

In his campaign speech, Mr. Trump made repeated appeals to Hispanic voters. He noted that the administration last week provided $13 billion in disaster aid to Puerto Rico for hurricane damage in 2017.

“I hope they remember that,” the president said. “That was given by Trump, not by the Democrats.”

The president also said rioting in major cities this year over racial injustice are “a big reason I’m going to win.”

“The Democrat Party’s war on cops is putting the lives of innocent police officers in danger,” he said.

“They’re not too fond of her in Minnesota. I think she has hatred for our country,” he said.