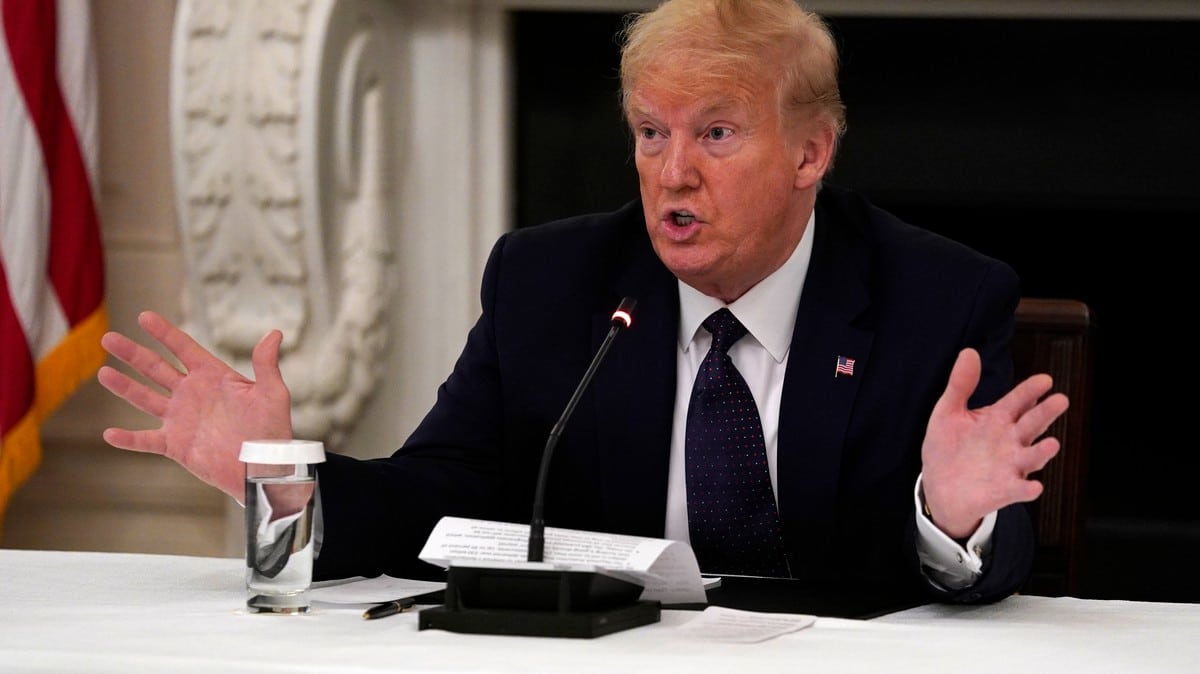 WASHINGTON — President Trump has been dosing himself with the controversial, unproven treatment for COVID-19 known as hydroxychloroquine.

Trump has been taking the drug in pill form for “about a week and a half now,” he told reporters Monday, adding that he’s using the medication as a prophylactic because, he says, front-line workers are doing it too.

Trump’s stunning announcement suggests an unprecedented willingness to conduct a pharmaceutical experiment on himself while running the country as commander in chief. While the drug, made by several companies, has been used to fight malaria for years, recent tests have undercut Trump’s earlier optimism that it could become a miracle drug against COVID-19, the deadly disease caused by the new coronavirus.

Doctors have further cautioned it could be harmful to people with heart conditions.

“I take a pill every day,” Trump said, adding that he has “zero symptoms.”

Trump touted the drug as a potential game-changing treatment since March, in the early days of the global contagion that has killed tens of thousands of Americans and ground the U.S. economy to a halt.

But a number of recent studies have cast doubt on the drug’s effectiveness, including one published recently in the Journal of the American Medical Association concluded that hydroxychloroquine “was not significantly associated with differences in in-hospital mortality.”

Trump on Monday raised fresh optimism that the drug could prove beneficial.

Trump has frequently said he thinks the treatment must be safe because it has been used for years to treat malaria, lupus, and other conditions.

When he first touted it earlier this spring, a couple in the Phoenix area ingested fish-tank cleaner they thought contained the drug as an ingredient. The husband died and his wife was hospitalized.

Cover: President Donald Trump speaks during a meeting with restaurant industry executives about the coronavirus response, in the State Dining Room of the White House, Monday, May 18, 2020, in Washington. (AP Photo/Evan Vucci)

Lock Him Up: An Army of Prosecutors Is Taking On Michael Flynn, Barr, and Trump

Kanye West: ‘I am taking the red hat off with this interview’

Kanye West has no qualms with running against President Trump, updating his plans and eyeing a 2020 candidacy, the rapper and entrepreneur told Forbes on Wednesday. Mr. West said he was changing his plans to run this cycle instead of waiting until 2024. Part of the reason was that he lost faith in the president… 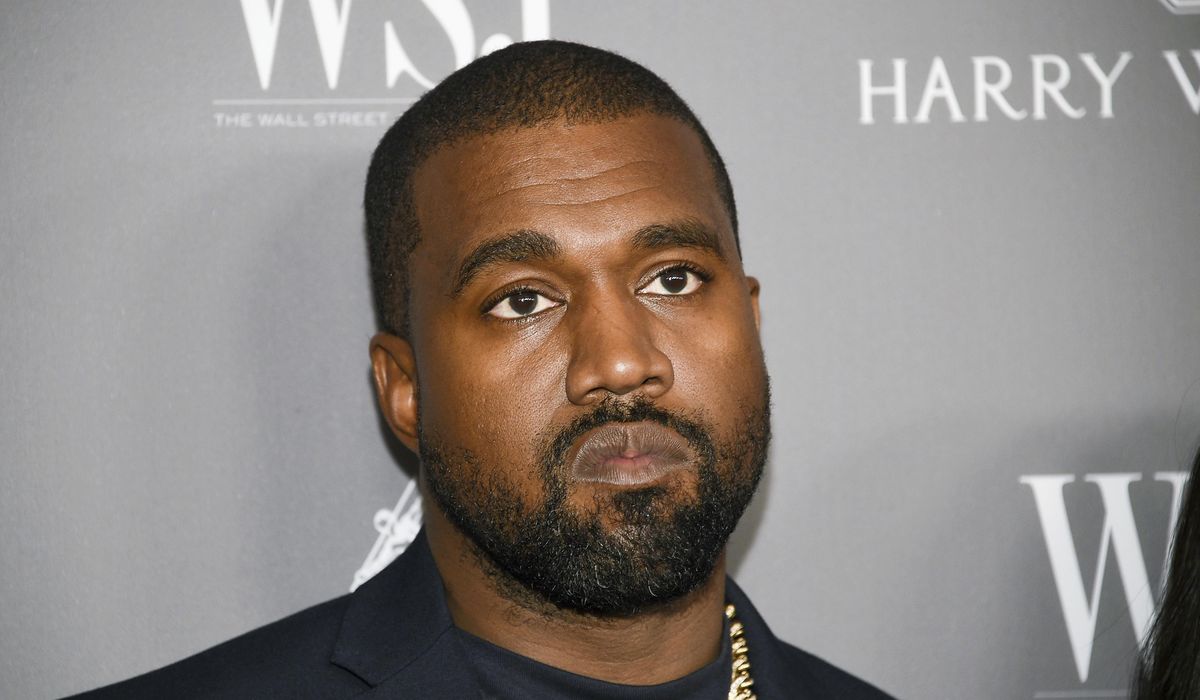 Kanye West has no qualms with running against President Trump, updating his plans and eyeing a 2020 candidacy, the rapper and entrepreneur told Forbes on Wednesday.

Mr. West said he was changing his plans to run this cycle instead of waiting until 2024. Part of the reason was that he lost faith in the president during recent protests against racial inequality outside of the park near the White House.

“It looks like one big mess to me,” he told Forbes. “I don’t like that I caught wind that he hid in the bunker.”

Mr. West, who is married to Kim Kardashian West, said he’s thinking about “Birthday Party” as his new campaign slogan.

“I am taking the red hat off with this interview,” Mr. West added, although the interview noted he wouldn’t “tamp down the idea that the Birthday Party is a ruse to help re-elect Trump.”

He said he’d run as a Republican if Mr. Trump wasn’t in the race.

“I’m not saying Trump’s in my way, he may be a part of my way. And Joe Biden? Like come on man, please. You know? Obama’s special. Trump’s special. We say Kanye West is special. America needs special people that lead. Bill Clinton? Special. Joe Biden’s not special,” he said.

The rapper went on to argue that it’s a “form of racism and white supremacy and white control to say that all Black people need to be Democrat.”

There aren’t any official Federal Election Commission fillings yet, though, for his campaign.

Mr. West said he still has 30 days to decide whether he is going to run before he misses deadlines, but he’s looking at Michelle Tidball, a preacher from Wyoming, for his vice president pick. He said envisions his administration like Wakanda, the fictional country in Marvel’s movie “Black Panther.”

“I’m gonna use the framework of Wakanda right now because it’s the best explanation of what our design group is going to feel like in the White House,” he said. “That is a positive idea: You got Kanye West, one of the most powerful humans — I’m not saying the most because you got a lot of alien level superpowers and it’s only collectively that we can set it free. Let’s get back to Wakanda.”

Lock Him Up: An Army of Prosecutors Is Taking On Michael Flynn, Barr, and Trump

WASHINGTON — Michael Flynn isn’t going free without a fight. The Justice Department’s attempt to drop the criminal case against Flynn has sparked so much outrage among former department officials and ex-prosecutors that a small army of DOJ alumni has hatched a plan to challenge the move in court. A group representing almost a thousand… 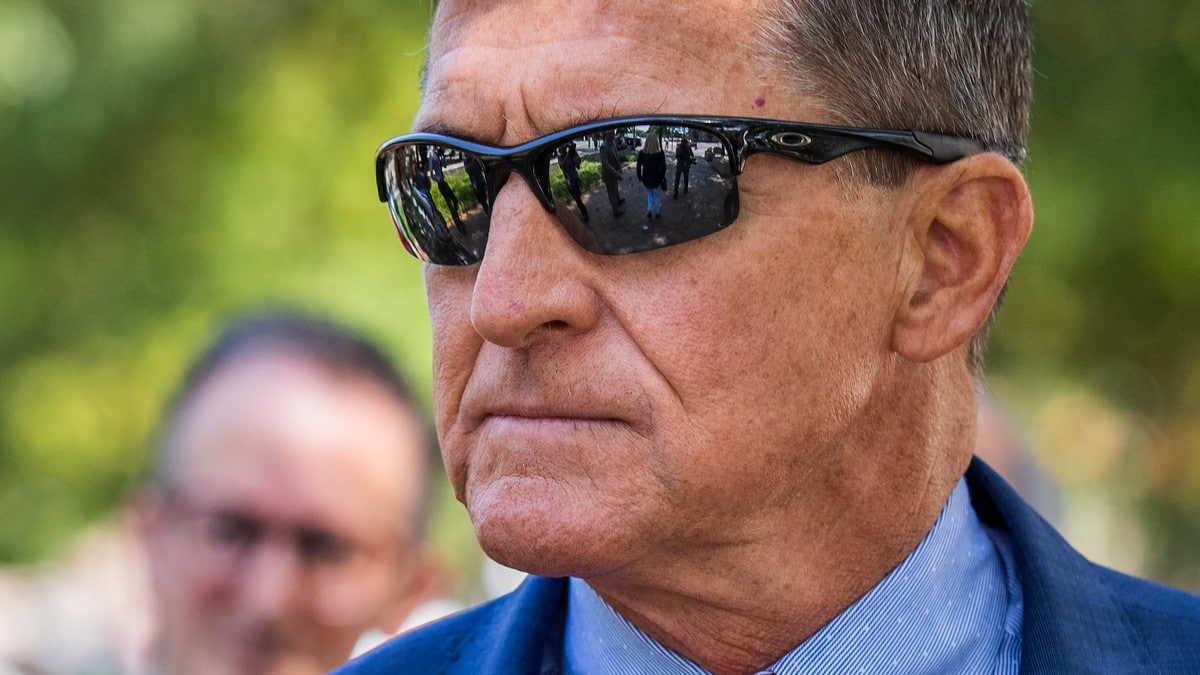 The Justice Department’s attempt to drop the criminal case against Flynn has sparked so much outrage among former department officials and ex-prosecutors that a small army of DOJ alumni has hatched a plan to challenge the move in court.

A group representing almost a thousand former prosecutors and high-ranking officials has drafted a legal brief slamming the motion to dismiss the case against President Trump’s former national security adviser as sheer partisan politics, according to a copy obtained by VICE News on Monday.

The brief accuses Attorney General Bill Barr of having “weaponized” the Department of Justice “to punish the President’s opponents and reward his friends” — and asks Judge Emmet Sullivan to carefully scrutinize the attempt to dismiss the case, and reject it if he finds the move wasn’t in the public interest.

“There is nothing remarkable or unjust about the case against Flynn. He lied to FBI agents— and admitted to that lie under oath,” the brief asserts. “The government’s motion instead bears the hallmarks of a brazen attempt to protect an ally of the President.”

Their decision to intervene in the Flynn case marks a dramatic escalation in the long-running feud between Barr and DOJ alumni, who have released scathing public letters attacking Barr’s behavior. Barr has shrugged off the criticism by saying that, in the end, “Everyone dies,” and “History is written by the winner.”

Independent legal observers have accused Barr of attempting to undo the consequences of former special counsel Robert Mueller’s Russia investigation, in which Flynn became an early target. Flynn, a retired Army lieutenant general and Trump’s first national security adviser, agreed to plead guilty in December 2017 to lying about his interactions with former Russian ambassador Sergei Kislyak soon after the 2016 election and before Trump was sworn into office.

But Flynn later switched legal teams and launched an aggressive campaign to get the original plea thrown out — a cause that was taken up by a chorus of right-wing Trump supporters on cable television.

Last week, the Justice Department shocked longtime legal observers by asking the judge to drop the case because there wasn’t a good enough rationale for investigators to interview Flynn in the first place.

But now, former Justice officials aren’t just shaking their fists at the sky in protest: They’re preparing to jump into legal battle. And their intervention could have a direct impact on what happens next.

The brief signed by hundreds of former officials could give Judge Sullivan cover to refuse the DOJ’s request to drop the case. That could mean forcing Flynn to honor his guilty plea in spite of the Justice Department’s reversal, and handing Flynn a real prison sentence.

Judge Sullivan has raised the possibility of going even further than that, saying earlier this month he’s weighing whether to hold Flynn in criminal contempt of court for perjury. Sullivan appointed a retired judge named John Gleeson to oppose the DOJ’s argument.

The brief has been organized by a group called Protect Democracy, which helped gather hundreds of signatures already for a previous public letter criticizing Barr over the Flynn case. The group plans to submit the new brief, when finalized, to Judge Sullivan as a friend-of-the-court brief following Sullivan’s decision to open up the proceeding to submissions from third parties.