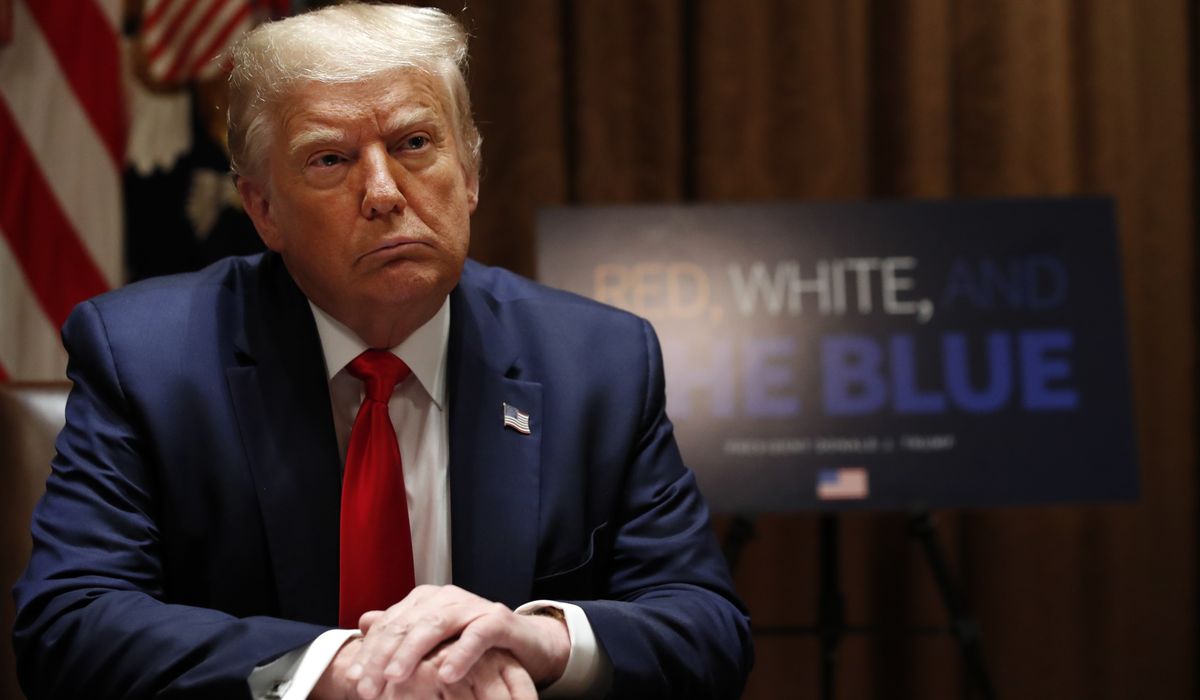 President Trump on Friday pointed to the still-undecided election results in New York’s 12th Congressional District, which was inundated with absentee ballots on June 23, as an example of the chaos looming if states rely on universal mail-in voting in the November presidential election.

“They’re never going to have the result of that election — never the correct result,” Mr. Trump told reporters at the White House. “Thousands and thousands of ballots are missing.”

He said if mail-in voting is expanded on a national scale in November, “You won’t know the election result for weeks, months, maybe years after.”

“Maybe you’ll never know the election results, and that’s what I’m concerned with. It’ll be fixed. It’ll be rigged. This will be catastrophic for our nation.”

The president was referring to New York’s Democratic primary between 14-term Rep. Carolyn B. Maloney and attorney Suraj Patel, a former Obama campaign staffer. The board of elections said this week it had finally finished counting absentee ballots, and Ms. Maloney holds a lead of about 3,700 votes.

But Mr. Patel said thousands of voters never received ballots, and about 25% of people who voted by mail had their ballots rejected.

Both campaigns said in mid-July that the board of elections discarded up to 20% of absentee ballots over missing or late postmarks.

The president, who suggested Thursday that the presidential election be delayed rather than allow universal voting by mail, said the experience of New York and some other jurisdictions should be a lesson for the U.S. Mr. Trump makes a distinction between absentee ballots that require an excuse for not voting in person, and universal mail-in ballots that are sent to all potential voters.

“Absentee ballots, great. Going to the polls, great,” the president said. “If you do universal mail-ins with millions and millions of ballots, you’re never going to know what the real result of an election is. It’s going to be a very, very sad day for our country.”

He told reporters that allegations of Russia and China meddling in the U.S. elections could come true under a universal system of voting by mail.

“You guys like to talk about Russia and China and other places — they’ll be able to forge ballots, they will forge, they’ll do whatever they have to do,” he said. “And they [Democrats] are using COVID, you know, they’re using the China virus. China must be very happy about it, because they hit us with a virus, and now they screw up an election like you will never see.”