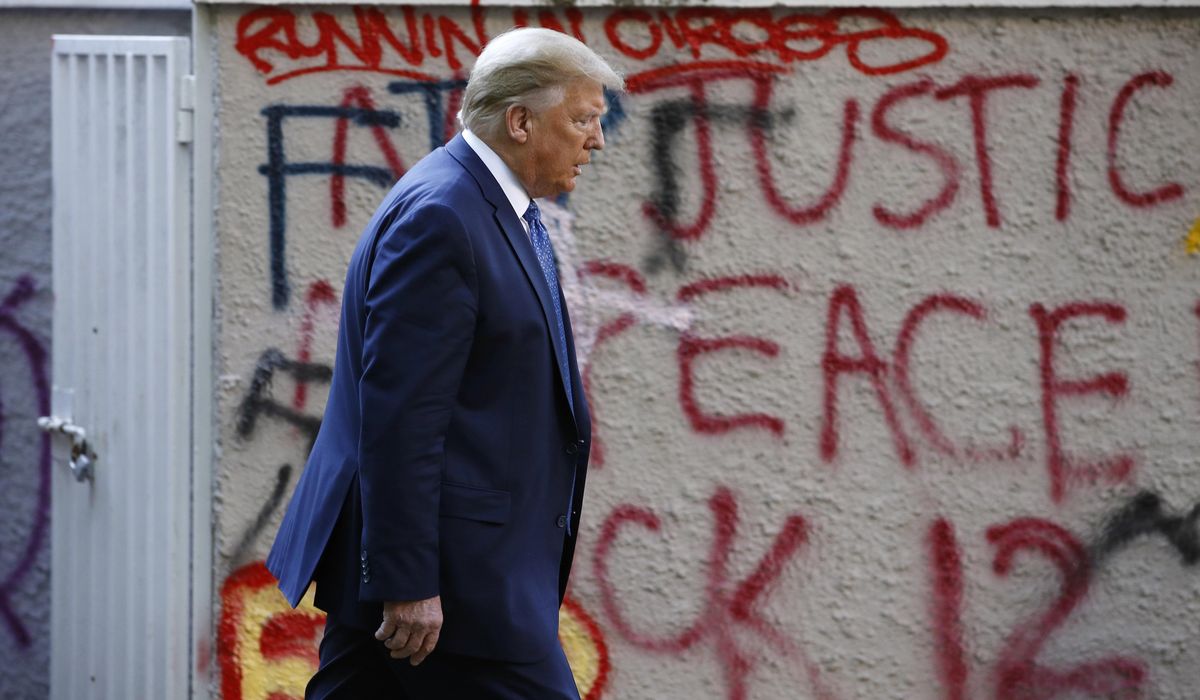 “That’s what my plan is,” he said of addressing racial inequalities. “We’re going to have the strongest economy in the world. We’re almost there now.”

The reduction in the U.S. unemployment rate in May to 13.3%, while still painfully high, provided the president and the country with some good news after months of job losses and deaths due to the COVID-19 pandemic.

On top of that crisis, the nation has been roiled for two weeks by protests and rioting over the death of George Floyd, an unarmed black man, at the hands of police in Minneapolis, Minnesota.

The president said he hoped Mr. Floyd would be happy with the positive economic developments announced on Friday. Employers added 2.5 million jobs in May.“Hopefully, George is looking down right now in saying this is a great thing happening for our country,” Mr. Trump said. “A great day for him, a great day for everybody. This is a great, great day in terms of equality.”

A reporter interrupted the president to say that black unemployment rose in May by 0.1%, and joblessness for Asian Americans rose 0.5%.

“How is that a victory?” she asked.“You are something,” the president replied, waving his hand at her in a dismissive gesture.

He declared, “This is just the beginning. The best is yet to come.”

“Equal justice under the law must mean that every American receives equal treatment in every encounter with law enforcement, regardless of race, color, gender, or creed,” the president said. “They have to receive fair treatment from law enforcement.”