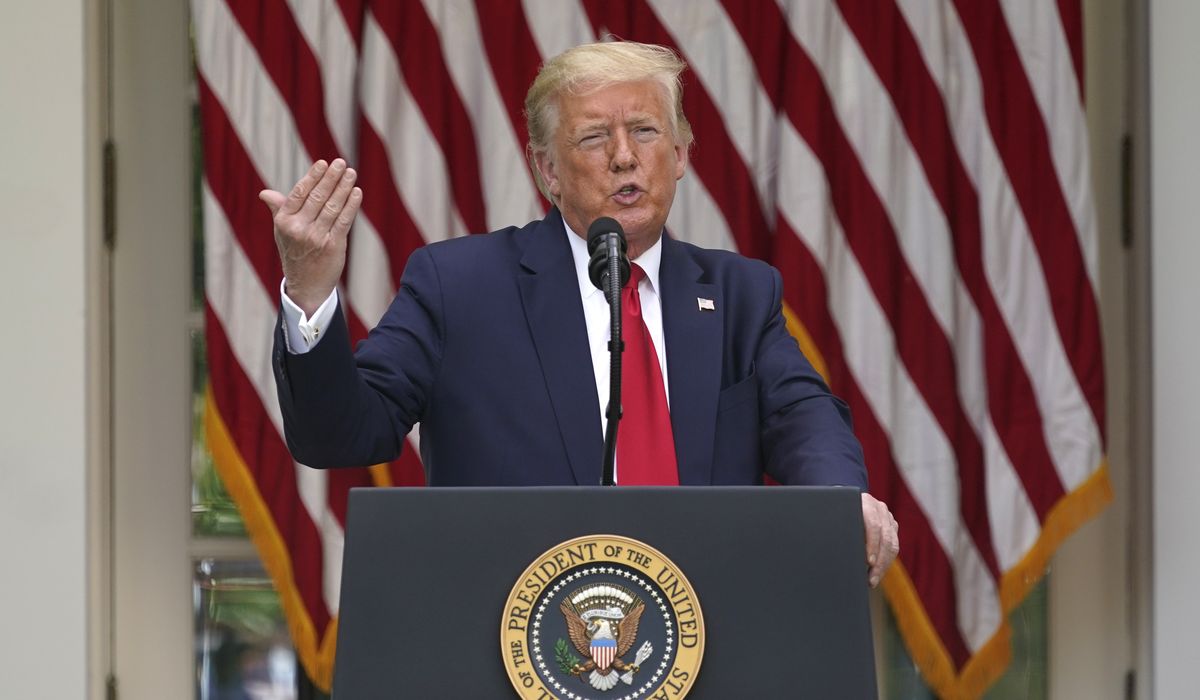 President Trump on Wednesday threatened to “strongly regulate” or close down social media platforms if they silence conservative voices, stepping up his criticism after Twitter attached fact-checking context to Mr. Trump’s tweets for the first time on Tuesday.

“Republicans feel that Social Media Platforms totally silence conservatives voices. We will strongly regulate, or close them down, before we can ever allow this to happen,” the president said on Twitter.

“We saw what they attempted to do, and failed, in 2016. We can’t let a more sophisticated version of that…happen again,” the president said.

Mr. Trump also continued his criticism of voting by mail, saying “whoever cheated the most would win” in a large scale vote by mail election.

Mr. Trump had said on Tuesday that Twitter is stifling free speech after it attached links to fact-checks on a pair of his tweets criticizing vote-by-mail efforts.

The company said they were trying to provide additional context around mail-in ballots.

It has decided to let stand tweets in which Mr. Trump suggested MSNBC host Joe Scarborough murdered a former staffer.

Timothy Klausutis, the husband of the late Lori Kaye Klausutis, had written a letter to Twitter CEO Jack Dorsey last week asking the company to delete several of those tweets and calling Mr. Trump a conspiracy theorist for promoting a “debunked falsehood.”

“I’m sure that, ultimately, they want to get to the bottom of it, and it’s a very serious situation,” the president said on Tuesday when asked if he had seen the letter.