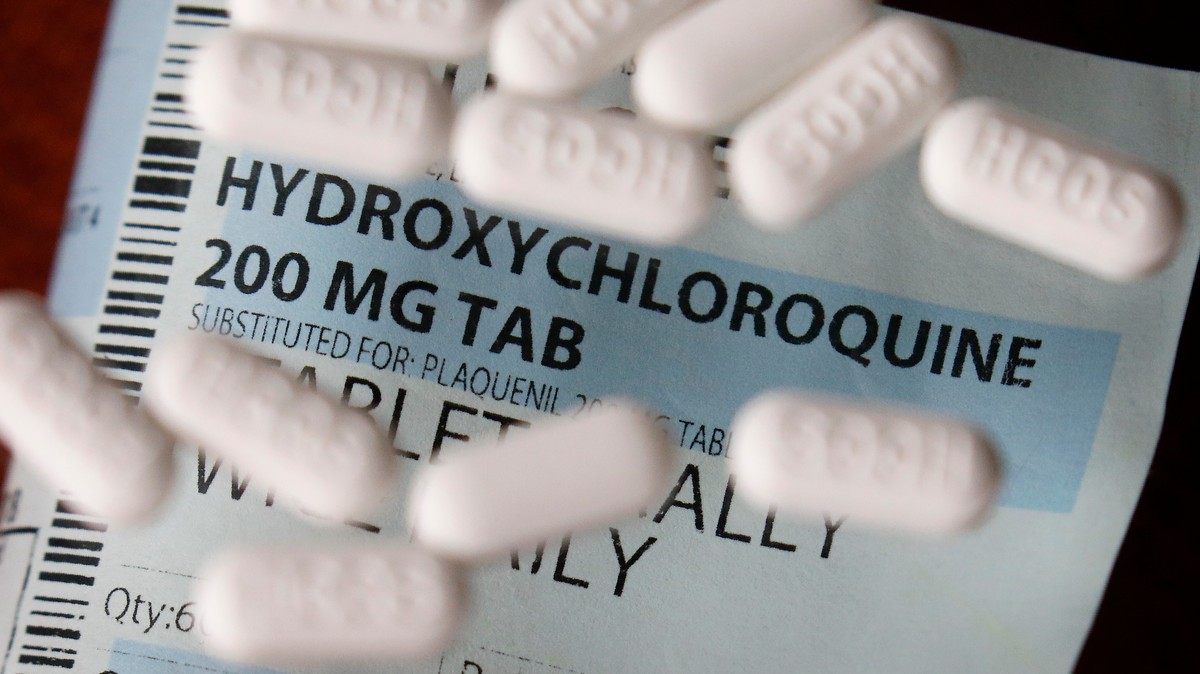 President Donald Trump has hailed hydroxychloroquine as a potential “game-changer” in combating the coronavirus — even announcing this week that he’s been taking it preventively every day. But a new, massive analysis out Friday warns of serious risks.

The antimalarial treatment hydroxychloroquine and a similar drug, chloroquine, appear to be associated with a higher risk of death and irregular heart rhythms among seriously ill coronavirus patients, researchers said in an analysis published in the Lancet, a respected medical journal, Friday.

With 96,000 patients at 671 hospitals around the world, the analysis was the biggest yet to examine the promises and pitfalls of drugs like hydroxychloroquine while treating coronavirus.

Researchers said they dug deep into the medical records of nearly 15,000 coronavirus patients who had been treated with hydroxychloroquine or chloroquine between late December and mid-April, sometimes in combination with an antibiotic, within 48 hours of their diagnosis.

READ: Trump says he’s been taking hydroxychloroquine for about a week and a half

They found that treatments involving those drugs either alone or with antibiotics were more likely to be associated with a higher risk of death and heart arrhythmias when compared to the 81,000 patients in the control group, who didn’t receive any treatment involving an antimalarial.

That’s after accounting for risk factors like underlying disease, age, weight, or history of smoking. The researchers confirmed zero benefits to the antimalarials touted by the Trump administration, at least among hospital patients, but a bevy of potential risks to consider. And it’s only the latest research to show the potential harms of hydroxychloroquine.

The study excluded patients on ventilators and those being treated with the antiviral drug remdesivir. It also only accounted for people who were already hospitalized; large-scale studies regarding people who take the drug as a preventive measure are still ongoing.

“Our study included a large number of patients across multiple geographic regions and provides the most robust real-world evidence to date on the usefulness of these treatment regimens,” wrote the researchers, led by Mandeep Mehra, a Harvard professor and physician at Brigham and Women’s Hospital.

The antimalarial drugs, currently approved to treat lupus and rheumatoid arthritis, have been in short supply since the onset of the coronavirus pandemic, despite little evidence that they actually work in treating COVID-19. Government officials and physicians, while hyping the drug, were largely relying on small studies out of France and China, which claimed hydroxychloroquine appeared to help patients, although they lacked a control group.

The U.S. Food and Drug Administration cautioned against taking hydroxychloroquine in April, warning that such drugs may be inappropriate outside a clinical setting due to “reports of serious heart rhythm problems.”

Cold War 2.0: How Trump’s Attacks on China Could Backfire