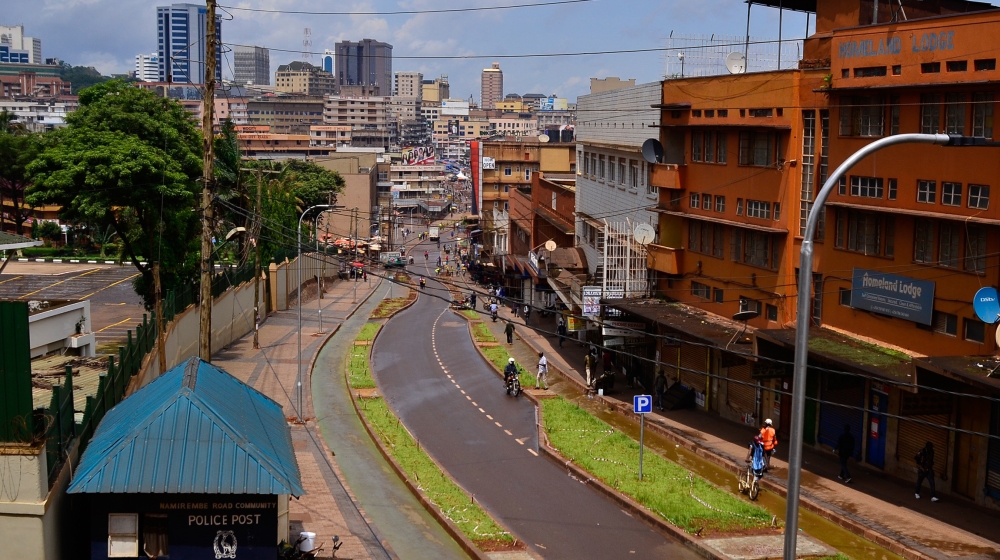 A campaign to rename street names in Uganda’s capital has gained traction as the Black Lives Matter protests and decolonisation movement that erupted after the US police killing of George Floyd sweep the globe.
Launched on June 9, the online petition urging the government to remove the names of British colonial figures from the streets, monuments and landmarks in Kampala has received more than 5,000 signatures.
The campaigners say they will take the petition to Parliament on Friday, seeking action in the next 90 days.
Almost 60 years after independence, streets across Uganda are still named after British colonial soldiers, including Major-General Henry Colville and Lord Frederick Lugard among others.
The military figures were responsible for waging expeditions in the late 19th century to depose kings and impose authority over kingdoms that existed for centuries before British colonial rule (1894-1962).
Hundreds, if not thousands of people, were killed during such campaigns and at least once a scorched earth policy was used to expand British territory at the height of Europe’s scramble for Africa.
Exact numbers of people massacred are not known partly because the British government systematically destroyed records of colonial crimes to prevent the information from falling into the hands of post-independence governments. And today, many people walking along Kampala’s streets are unaware that atrocities against their ancestors were perpetrated by people honoured with street names.
“The reality is that African history before colonial rule was mainly oral; it was not written, it was passed on from one generation to another and there are limitations presented by that kind of knowledge,” Apollo Makubuya, a lawyer and chief petitioner to decolonise Uganda’s streets, told Al Jazeera.
“But the little that exists is written either by European missionaries [or] explorers and colonial administrators, by conquerors. It is their lenses that we use to see part of this history – and that history is airbrushed.”

This is not the first time that there has been an attempt to get rid of colonial names from road signage in Kampala.
During the government of former leader Idi Amin, who ruled Uganda from 1971 to 1979, many streets in the capital were renamed.
Malcolm X Avenue after the Black liberation crusader and Nkrumah Road after the revolutionary leader who led Ghana out of British rule still survive to this day after being renamed in 1972.
These changes happened against a backdrop of newly independent African countries reclaiming African or “authentic” names.

In what is now the Democratic Republic of the Congo, the name of the country, cities, street names and even names of people were changed to show increasing cultural pride in African names, in an ideology known as Mobutuism after the then-leader Mobutu Sese Seko.
But often the new names were reversed with the failure of the regime.
Makubuya said some of these attempts failed because there were no comprehensive guidelines to review the naming culture and objectives.
“Amin had a big fight with Britain, and Britain cut off diplomatic ties with Uganda – one could say that his renaming of streets was a knee-jerk response to that situation,” he said.
“Because it was a one-man drive, it missed critical aspects which would have made the naming more legitimate and more acceptable to people. There was no parliament in Amin’s time. He was ruling by decree. So it is understandable that the names he picked were not all popular [and] some of them were reversed.”
But now, increasing cultural confidence and receding memory of the colonial period appears to give new impetus to renaming streets in Kampala.
Meanwhile, the May 25 killing of Floyd, an unarmed Black man, at the hands of white police in Minneapolis sparked major protests in the United States and elsewhere, including in the United Kingdom where demonstrators in Bristol toppled the statue of slave-trader Edward Colston.
“Social media has helped to bring this subject [renaming streets] to the fore,” Makubuya said. “It is not because of George Floyd that we are doing this, but our petition has been given a new momentum because of the world today.”

Lake Victoria is the largest in Africa and the second largest freshwater lake in the world [File: Khaled Elfiqi/EPA]

But it is not only in the Ugandan capital where the legacy of British colonial rule is felt.
Mountain peaks, waterfalls and other natural features continue to be known by colonial names including Lake Victoria, named after the former British queen and empress of India.
It is the second-largest freshwater lake in the world and the largest lake in Africa shared by three African countries – Uganda, Kenya and Tanzania. Yet it does not have an African name.
Ali Saidi Matano, executive secretary of the Lake Victoria Basin Commission, said name-changing discussions had reached an advanced stage at The East African Community Parliament until the coronavirus crisis earlier this year interrupted the process.

“Lake Victoria was not Lake Victoria until such a time that it was named Lake Victoria by the colonialists – it had Indigenous names,” he told Al Jazeera.
In Uganda, it was called Nalubaale, in Kenya Namulondwe and in Tanzania, Nyanza, according to Matano.
“Unfortunately after independence, after it was named Lake Victoria, not much was done to indigenise or to change the name until now.”
Back in Kampala, petitioners want to introduce a public education campaign so Ugandans know the full truth about their colonial history.
They want colonial iconography placed in a museum and laws created to oversee the renaming of landmarks. Petitioners also want Uganda’s school curriculum revised to make sure colonial figures are not glorified and those who resisted the colonial rule are not denigrated.
Renaming Uganda’s streets will not reverse colonial injustices but petitioners say it will begin a process to hold to account those “who were notorious in their inhumane and degrading treatment of the colonized peoples in the Uganda Protectorate”.
Continue Reading…