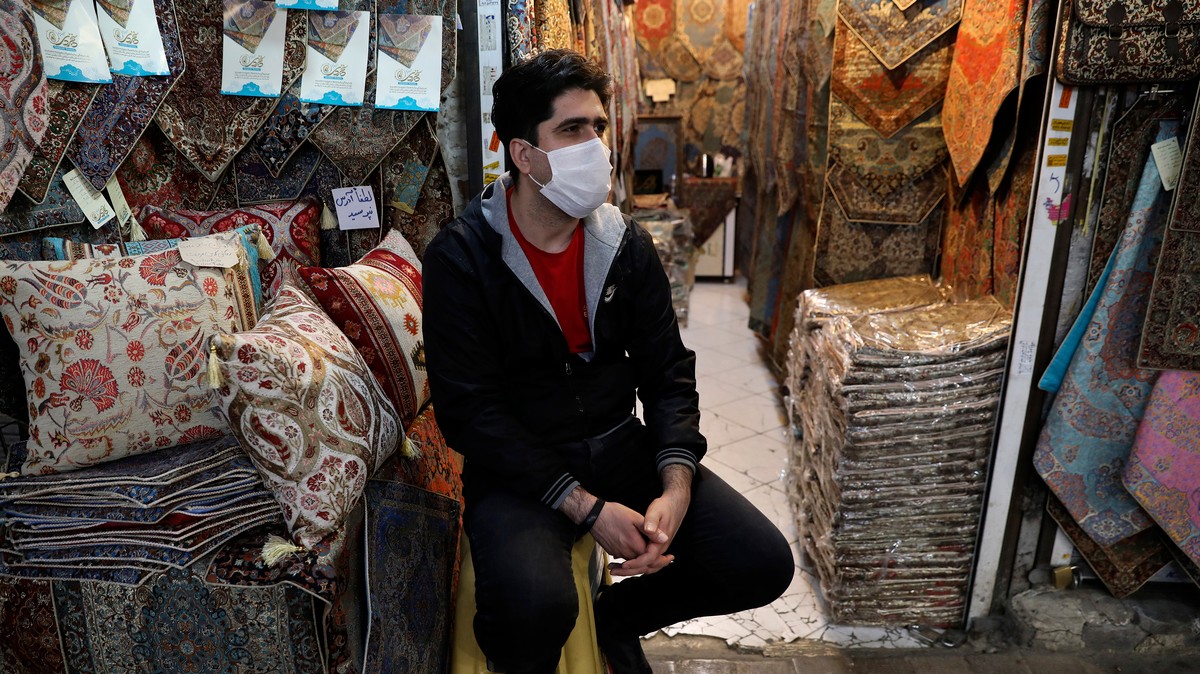 Iran could soon be facing a coronavirus catastrophe as experts predict that unless citizens begin to follow advice, up to 3.5 millions Iranians could die.

The startling statistic comes from researchers at the renowned Sharif University of Technology in Tehran, who created a computer simulation to test different scenarios for the further spread of COVID-19 across the country.

The results showed that if Iranians followed the regime’s advice fully and immediately, the peak of the epidemic would be reached in early April, and the death toll would be limited to 12,000 in a population of over 81 million people.

The regime has warned citizens to avoid crowds and, where possible, to stay in their homes. Health officials have also warned against non-essential travel, saying that anyone who ignores the advice is “inviting death.”

If citizens somewhat cooperate, then the death toll would be 110,000, but if citizens ignore the warnings completely, then the outbreak would not peak until June and up to 3.5 million people (4.3% of the population) would die.

Details of the dire warning were carried on Iranian state television on Tuesday. Just hours earlier, large crowds of hard-line Shiite faithful stormed two religious shrines in a clear indication that at least parts of the population were not willing to adhere to restrictions.

Earlier on Monday, the regime announced the shrines would be closing, after weeks of warnings by health officials.

Iran reported another 147 deaths on Wednesday, bringing the total to 1,135 with over 17,300 infections confirmed.

But experts have been warning for weeks that Tehran is dramatically underreporting the numbers of deaths and infections in the country. The World Health Organization said on Tuesday that it suspected the real figures are five times higher.

READ: Iran launched an app that claimed to diagnose coronavirus. Instead, it collected location data on millions of people.

Iranian authorities are belatedly trying to get a handle on the outbreak, having delayed imposing any restrictions last month in order to boost attendance at an annual march marking the anniversary of the 1979 Revolution on Feb. 11 and local elections on Feb. 21.

Officials have implemented new checks for people trying to leave major cities ahead of Nowruz, the Persian New Year, on Friday, but have stopped short of imposing lockdowns seen in other hard-hit countries like China and Italy.

“We have neither the capacity nor the ability to put Tehran under quarantine,” Pirouz Hanachi told the Mehr News Agency. “We can’t take care of quarantined people. That is in part because of the sanctions.”

READ: Iran says it only has 500 coronavirus deaths. So why can you see the mass graves from space?

The U.S. has been criticized for making the situation in Iran worse by not lifting its severe economic sanctions on the country. Rather than lifting sanctions, Secretary of State Mike Pompeo announced fresh ones on Tuesday, in a bid to get Tehran to release U.S. detainees.

Even if the International Monetary Fund grants the $5 billion emergency loan Tehran has requested to deal with the outbreak, it may struggle to buy medical supplies because of the severe sanctions imposed by Washington.

Rouhani recently wrote to world leaders to say Iran’s fight against the coronavirus has been “severely hampered by U.S. sanctions” while Iranian foreign minister Javad Zarif accused the U.S. government of “medical terrorism.”

Cover: In this Tuesday, March 17, 2020, photo, a shopkeeper wearing a face mask to help protect against the new coronavirus, waits for customers at the Tehran’s Grand Bazaar, Iran. The new coronavirus ravaging Iran is cutting into celebrations marking the Persian New Year, known as Nowruz. (AP Photo/Vahid Salemi)