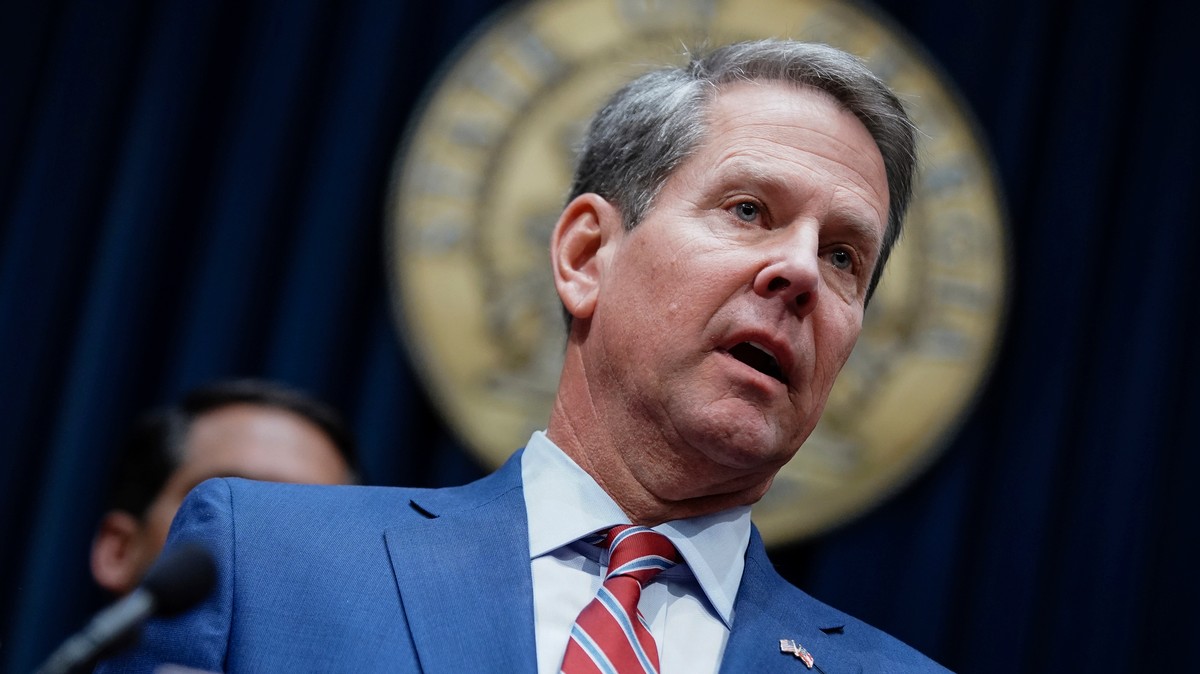 Six Southern states with Republican governors are teaming up as a regional group to reopen businesses in the middle of the coronavirus pandemic, against warnings from public health officials, Democratic mayors, and even some top Republicans.

Florida Gov. Ron DeSantis said in a Tuesday “Fox and Friends” appearance that his state was joining up with Georgia, South Carolina, Alabama, Mississippi, and Tennessee in a regional coalition to coordinate the reopening of their states— though there’s been no formal announcement. DeSantis said he had a “meeting with all of the Southeastern governors” and “we shared a lot of ideas.”

“I think we will be on the same page on some stuff,” he said.

The coalition seems to follow other recent regional team-ups, by seven states in the Northeast and mid-Atlantic, seven in the Midwest, and the entire West Coast. These Southern states, though, are already pushing forward with plans to reopen as soon as this week.

Georgia Gov. Brian Kemp issued an executive order on Monday allowing for businesses such as gyms, bowling alleys, and tattoo parlors to begin to reopen on Friday, April 24, followed by restaurants on Monday, April 27.

Kemp’s move drew criticism from Trump ally and Lindsey Graham. The South Carolina senator called Kemp’s maneuvering “too far too fast” in an interview with a South Carolina TV station on Wednesday.

Democrats in Georgia also criticized Kemp’s move. “I have searched my head and my heart on this and I am at a loss as to what the governor is basing this decision on,” Atlanta Mayor Keisha Lance Bottoms told CNN Tuesday.

Kemp isn’t alone, however. Tennessee Gov. Bill Lee is planning on allowing the state’s stay at home order to expire on April 30 with plans to open some businesses as soon as April 27, and Florida and South Carolina are inching toward reopening as well, having reopened their states’ beaches in recent days.

The push to reopen defies even the guidance from the White House, which is muscling forward with reopening on May 1 in spite of warnings from Trump administration health officials. Part of those guidelines call for a 14-day decline in COVID cases before states reopen, something no state planning on reopening has seen yet thus far.

Apart from the economic consequences for workers — it’s likely those fearful of going back to work too soon will be rendered ineligible for unemployment benefits — experts say reopening too quickly could cause coronavirus cases to explode, especially in a region with unique public health challenges.

“If you put these states together, there is a perfect storm for a massive epidemic peak later on,” Dr. Jill Roberts told Politico. “The Southeast region is not known for having the best health record. Diabetes and heart disease come to mind. I am very concerned about how our states will do it.”

Making matters worse is the very low level of testing: Of the six states, Mississippi has done the most testing, with 1.7% of its population tested so far, according to Politico. Georgia, by the same token, has tested just 88,000 people in a state of over 10.6 million, according to the COVID Tracking Project.

Conspicuously absent from the coalition, according to DeSantis’ description, are the two Southeastern states with Democratic governors, Louisiana and North Carolina. Those states are also looking toward lifting restrictions, but not until May 1 at the earliest.

Louisiana has seen the ninth-most coronavirus cases in the country with New Orleans being especially hard hit, but Gov. John Bel Edwards indicated Tuesday that his state will begin a staggered reopening on May 1.

Following another round of protests in the state capital of Raleigh on Tuesday pushing to reopen the state (despite a very limited amount of support for that from the general public), North Carolina Gov. Roy Cooper attempted to strike a balanced tone.

“We understand that we can’t stay at home forever and that this is not something that is sustainable long-term,” Cooper said in a press conference. “But what we have to do is to ease back into it to make sure that this virus does not spike – which it very easily could do – overwhelming our hospitals.”