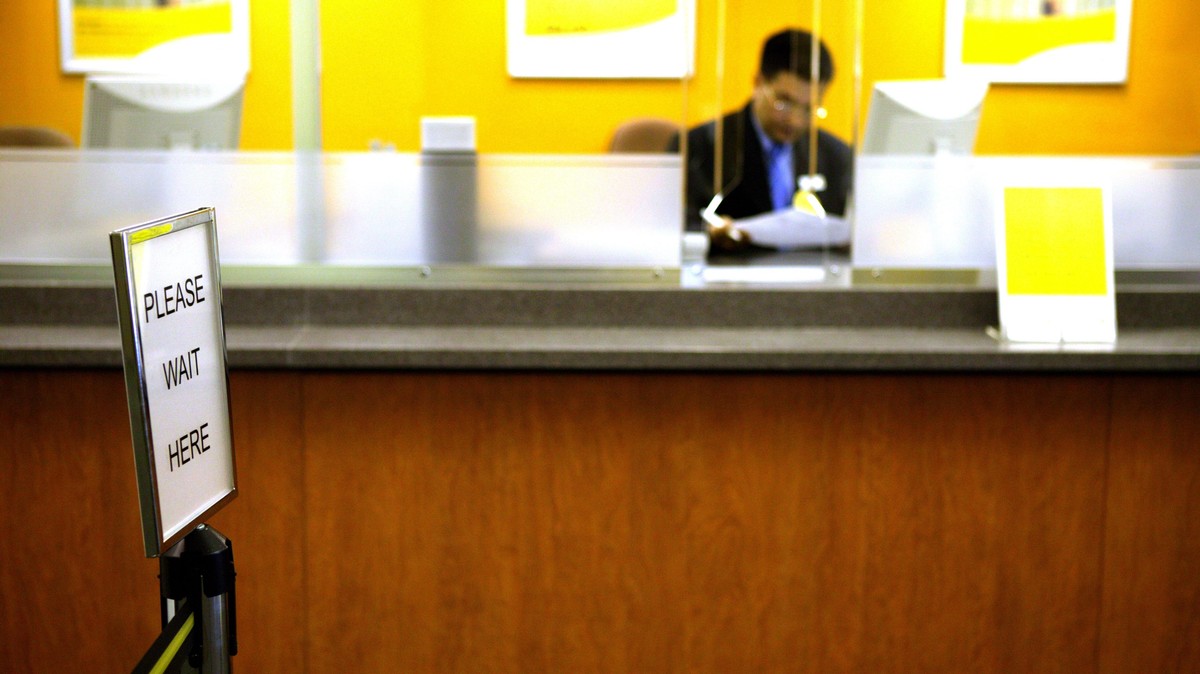 A black man in Detroit who’d just won a settlement from a racial discrimination suit against his employer is now suing his bank for refusing to cash that settlement check.

Sauntore Thomas, a local 44-year-old, was attempting to deposit an undisclosed amount of money at a Livonia branch of TCF Bank Tuesday when the staff refused his check and called the cops instead, according to the local Detroit Free Press.

In fact, the money came from a confidential settlement reached after Thomas sued his employer, Enterprise Leasing Company of Detroit, for racial discrimination. Thomas explained that to the bank. But TCF Bank quickly initiated a fraud investigation anyway, and had multiple police officers question him inside the bank while two other cops stood guard.

In the meantime, Thomas called his attorney, Deborah Gordon, to explain to the bank that the check was legitimate and actually part of a settlement. Gordon sent the bank a copy of the federal court complaint. The officers received the lawsuit but wanted to further check with Thomas’ employer to ensure the check was real.

“My client was very intimidated and upset. He kept his composure, though,” Gordon said in a statement Thursday. “He was afraid that with the police there the situation could quickly escalate and he would end up in handcuffs or worse. The irony is that the proceeds were from the settlement of a race discrimination case.”

TCF Bank did not immediately return a VICE News request for comment, but they told the Detroit Free Press the checks — and Thomas allegedly had three, each for several thousand dollars — read as void when scanned by the branch’s computer, and the branch acted accordingly. TCF Bank also told the Free Press the person who waited on Thomas was black, and flagged the incident because Thomas was making a “highly, highly unusual request” to deposit two checks, cash one, and open a new debit card at the same time, and that the original balance in his account was very low.

Thomas wasn’t arrested, and charges weren’t filed, but he felt humiliated by the incident nonetheless.

“I didn’t deserve treatment like that when I knew that the check was not fraudulent,” Thomas, who filed a discrimination complaint against the bank Wednesday, seeking an undisclosed amount, told the Free Press. “I’m a United States veteran. I have an honorable discharge from the Air Force. They discriminated against me because I’m black. None of this would have happened if I were white.”

Thomas closed his account with TCF Bank that day and later deposited the check at a local Chase banking branch, where he opened a new account. The check cleared about 12 hours after that, and Thomas used the money to buy a used car, since he’d previously walked to work, according to the Free Press.

The incident adds to a decades-long conflict between financial institutions and black Americans, who have long been grilled over the most basic transactions. In December 2018, a Cleveland-area branch of Huntington Bank called the police on a black man attempting to deposit his paycheck. And in November 2017, a Fort Lauderdale branch of Wells Fargo suspected an elderly black woman of forging a check for $140, and similarly called the police. She later sued.

Cover: 10 May 2019, Bavaria, Garmisch-Partenkirchen: Bank notes and receipts for cash deposits and cash withdrawals are available at the counter of a bank branch. Photo: Angelika Warmuth/dpa (Photo by Angelika Warmuth/picture alliance via Getty Images)

It Rained Iguanas This Week But Florida Knows What to Do

Trump Wants to Make It Harder For Pregnant Women to Travel to the U.S.