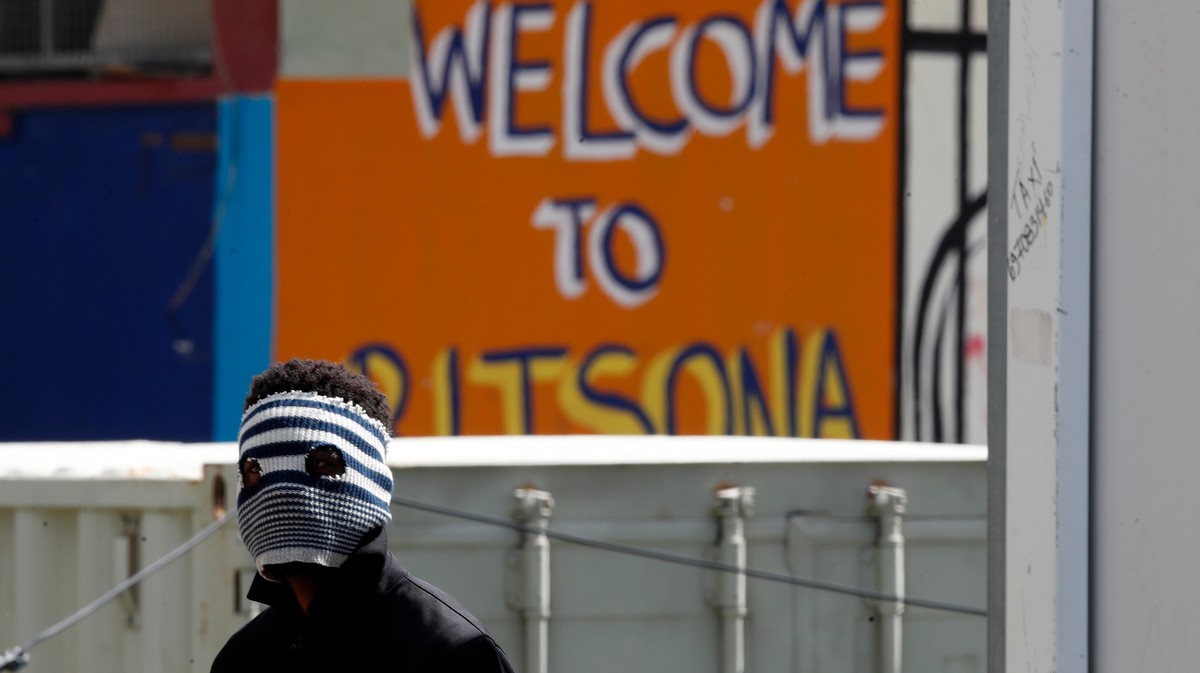 For months, refugee advocates in Greece have warned of a catastrophe if coronavirus hits the country’s refugee camps. Now the first cluster of cases has been found in a camp with thousands of people, prompting calls to urgently evacuate overcrowded facilities before the virus tears through them.

Greece announced Thursday it placed the Ritsona open reception facility, located about 45 miles northeast of Athens, and the 2,500 residents who live there, under quarantine after 20 residents there tested positive for coronavirus. The infections, the first confirmed cases among Greece’s migrant population, were discovered after the first patient, a 19-year-old woman, was tested while giving birth at Athens hospital.

Authorities ran tests on 62 others living at the government-run camp, nearly a third of which came back positive. Officials put a strict quarantine in place and say it will last at least two weeks. None of those infected displayed any symptoms, according to officials, who are now ramping up testing in the camp, to determine who else has been infected and prevent a wider outbreak.

Eva Cossé, Greece researcher for Human Rights Watch, told VICE News that the cluster in Ritsona highlighted the vulnerability of Greece’s migrant population living in camp settings, and underlined the urgent need to immediately move people out of more crowded and squalid camps on five Greek islands in the Aegean.

Dozens of human rights and humanitarian organizations have been calling on Greece’s government to urgently move people out of massively overburdened camps on the islands Lesbos, Chios, Samos, Kos, and Leros, where about 40,000 people eke out a desperate existence in facilities designed to hold just 6,000.

“If there can be many infections in the facilities in Ritsona, that aren’t overcrowded, there’s even more concern about the situation on the island camps,” Cossé said. “It makes the need to decongest the island camps even more urgent.”

READ: This European refugee camp is a pit of despair

Greece’s government has acknowledged the health threat posed during the pandemic by the filthy and unhygienic camps, where access to running water, toilets, and showers is extremely limited, and there is no opportunity for residents to self-isolate.

“Given current conditions in the hotspots, containing any outbreak would be impossible and could potentially put thousands of lives in danger,” said Antigone Lyberaki, general manager at SolidarityNow, an Athens-headquartered non-profit that supports migrants.

But rather than move migrants into empty hotels and apartments where they can practise social distancing during the pandemic, the government has instead placed the camps under an effective lockdown since March 17, severely restricting movement in and out.

Speaking to CNN Wednesday, Greek Prime Minister Kyriakos Mitsotakis defended the move as necessary to “protect” the islands, and said a lack of support from the European Union had stopped it doing more to address the acute situation in his country, a frontline state on migration routes into Europe.

“The conditions are far from being ideal, but I should also point out that Greece is dealing with this problem basically on its own,” he said. “We haven’t had as much support from the European Union as we want.”

READ: Coronavirus is a “ticking time bomb” on the doorstep of the world’s biggest refugee camp

Cossé said the cluster in Ritsona indicated that the virus may already be present elsewhere in the country’s migrant camps, but had remained undetected so far due to inadequate testing, which was a factor both in the camps and among the Greek population at large.

Greece has 1,415 confirmed cases of the virus and a total of 50 deaths, but is mainly testing people only if they show up at hospitals.

Aside from the recent tests in Ritsona, she said, “to our knowledge, there is no testing happening in the camps.”

“It is likely that there are more cases, but nothing has been reported.”

Cover: A young migrant covering his face to protect from the new coronavirus stands at the entrance of the Ritsona refugee camp about 80 kilometers (50 miles) north of Athens on Thursday, April 2, 2020. (AP Photo/Thanassis Stavrakis)