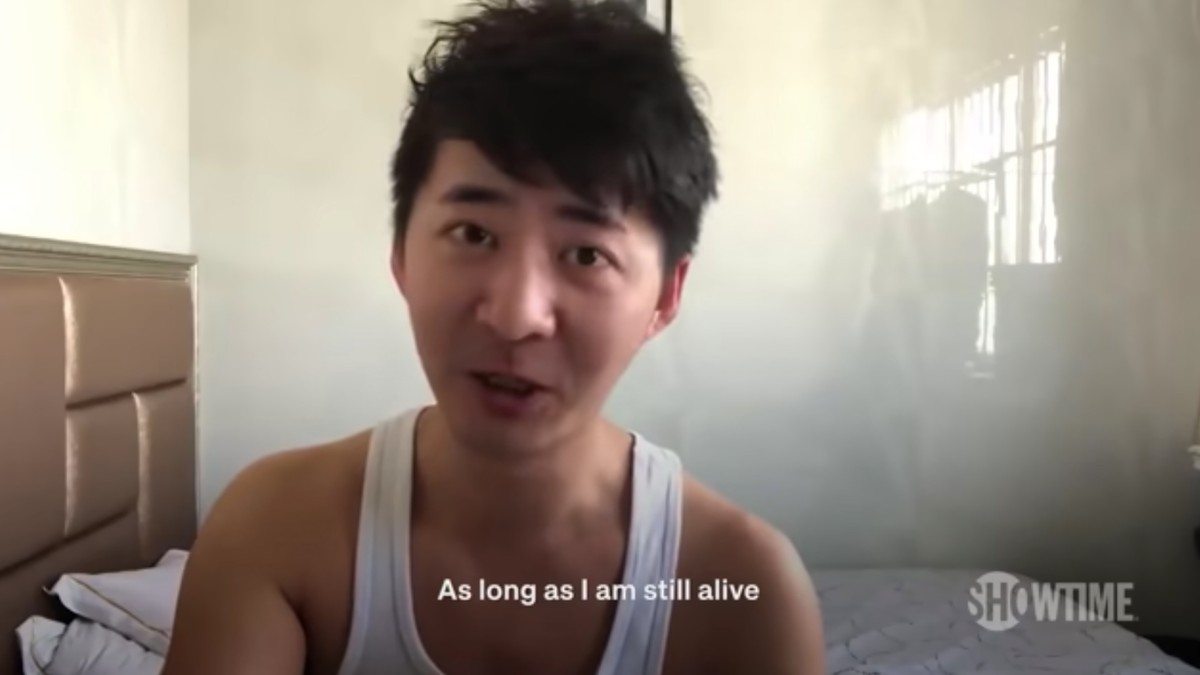 Around dinner time on Thursday, February 6, Chen Qiushi set out from his hotel near the train station in the Hongshan District of Wuhan to attempt to film at one of the temporary hospitals Chinese authorities had built to cope with the massive influx of COVID-19 patients.

No one knows if he ever arrived.

Chen, 34, is an attorney who became famous for his videos of the unfolding coronavirus tragedy in Wuhan, including stories from overcrowded hospitals where doctors and nurses were struggling to cope with a never-ending wave of patients. One of Chen’s videos showed a woman next to a dead man in a wheelchair making desperate phone calls for help to move her relative’s body. He visited funeral homes and even the market where many claim the virus originated.

Chen was in touch with his family that day in Wuhan, a friend told VICE News. But repeated calls to his phone that evening went answered. Chen’s mother issued a plea about her son’s disappearance in the early hours of Feb. 7 that went viral.

“I am asking everyone, especially if you are in Wuhan, to help me look for Qiushi,” she said, adding that her son was “missing in action.”

Three months later, Chen’s parents are still in the dark, according to the friend who manages Chen’s social media accounts and spoke to VICE News on condition of anonymity. They have no idea where he’s being held or if he’s even alive. For months, his parents have remained silent, for fear of making their son’s situation worse or putting themselves in danger.

The friend, who is in frequent contact with Chen’s family, said his parents are staying silent because they were “frightened and worried” about what might happen if they publicize his situation.

“They were warned and they believe their silence is the best to protect their son.”

“His parents are safe, but they refuse to talk to anyone,” the friend said. “They were warned, and they believe their silence is the best to protect their son.”

Human rights activists who spoke to VICE News reported that they, too, were unable to speak directly to Chen’s parents, who fear any contact with groups not aligned with the Chinese Communist Party’s agenda could make the situation much worse.

“It is very common for the police to threaten that if the family of the detained activist speaks up, it could only exacerbate the situation,” Yaqiu Wang, a China researcher at Human Rights Watch, told VICE News. “Police also frequently threaten family that if they speak up, they themselves could be in violation of national security or public order laws and regulations.”

China’s authorities have not only censored criticism of its handling of the coronavirus pandemic, but it has also arbitrarily detained numerous critics of the regime as part of a campaign of fear to prevent citizens from speaking out and enable it to more easily rewrite the history of the origin of the coronavirus.

Chen, whose full-time job is as a lawyer, first tried his hand at citizen journalism in 2019, when he covered floods in Ganzhou. Videos he captured went viral on the short-video app Douyin, where he had amassed over 1.5 million fans — until the authorities shut down his account.

Then, last August, Chen traveled to Hong Kong to document the protests in the city. The footage he posted online contradicted the official CCP narrative that all protesters were violent separatists. His actions led him to be questioned by police and all his Chinese social media accounts were disabled.

READ: Here’s how China Is rewriting the history of the coronavirus pandemic to make itself the hero

In late January, as the coronavirus outbreak was exploding in Hubei province, Chen managed to get into Wuhan a day after the authorities ordered a citywide lockdown.

Often posting from his bare hotel room, an often emotional Chen pledged to document what was happening in the city, to expose the situation that China’s tightly-controlled state-run media was not reporting.

But he was also aware of the dangers he faced.

“I am scared. I have the virus in front of me. Behind me is China’s law enforcement. But I will perk up. If I am still alive in this city, I will continue my report,” Chen said in one video posted days before he disappeared.

A day after Chen disappeared, in Qingdao, the eastern Chinese city where Chen’s parents live, city officials together with officials from the Ministry of State Security visited Chen’s father at his workplace. They asked questions about his entire family and said that Chen was “under control” and in “quarantine.”

READ: A Chinese citizen journalist who filmed his own arrest in Wuhan just reappeared online

The officials said Qiushi was being quarantined because he had visited a number of hospitals and other places in Wuhan with coronavirus outbreaks. When Chen’s parents asked where he was being held, how he got there, and why he didn’t have his phone with him, the officials refused to answer.

Since February 7, the authorities have refused to give any updates on Chen’s situation, a failing that has led to calls for the government to give the family some more information.

“The Chinese government should clarify his status and release him immediately from any form of detention or lift any restrictions on his freedom of movement and ensure that he is allowed to communicate freely with friends, family, and media,” Frances Eve, the deputy director of research at the Network of Chinese Human Rights Defenders, told VICE News.

Chen is one of a number of citizen journalists in Wuhan who was detained. A week after Chen disappeared, Fang Bin, who posted footage of dead bodies piling up at a Wuhan crematorium, was also detained when police broke down his apartment door. Just like Chen, there has been no word on Fang’s situation since his arrest.

Meanwhile, Li Zehua, a former state media employee who live-streamed his own detention on Feb. 26 at the hands of unidentified security personnel, reappeared two weeks ago.

Li posted a video on YouTube detailing what happened to him during his detention. However, Li has refused to talk to the media since his detention, leading some to speculate that he was forced to make the video by the Chinese authorities.

Chen’s friend who is operating his social media accounts, that, between Twitter and YouTube, have over 750,000 followers, is trying to keep the discussion about Chen’s situation alive. Daily tweets tag U.S. President Donald Trump and Secretary of State Mike Pompeo in a bid to raise international awareness of Chen’s plight.

And while Pompeo did call for “the immediate release of all journalists imprisoned for their reporting” on World Press Freedom Day last week, it is likely his pleas will fall on deaf ears in Beijing.

And so, because of the threat from the Chinese authorities, Chen’s family and friends have no choice but to wait in silence.

Chen’s friend says he assumed Chen is being held in Wuhan, but ultimately, he and Chen’s parents really have no idea. They say all they can do is wait and hope.

“He did nothing wrong,” Chen’s friend said. “He just recorded what he saw and what he heard. Let him be free. Let him contact his family.”

Cover: Citizen journalist Chen Qiushi, 34, has not been seen since he disappeared in February after documenting the coronavirus epidemic in Wuhan, China. (Photo: Showtime)