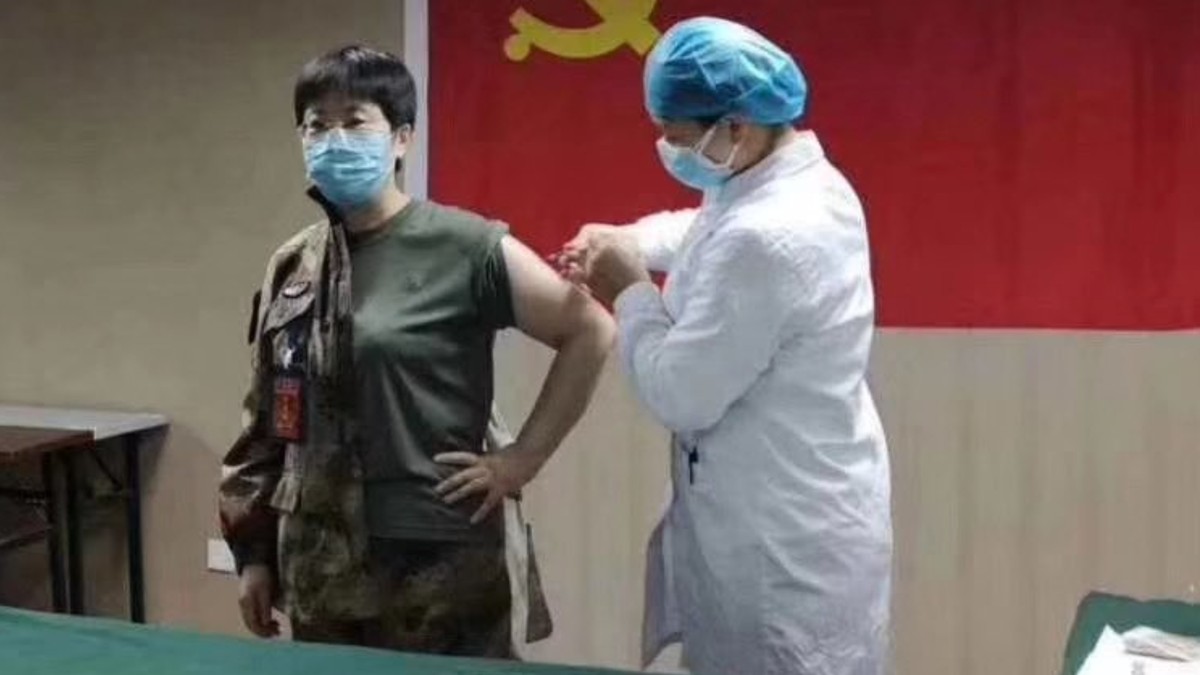 Chen Wei is a world-renowned epidemiologist and a major-general in China’s People’s Liberation Army. She was at the forefront of the fight against Ebola and SARS and since mid-January, she has been stationed at the epicenter of the coronavirus outbreak in Wuhan.

On Tuesday, the 54-year-old, along with six members of her team, proved their loyalty to the Communist Party by injecting themselves with a vaccine that hasn’t even been tested on animals, in an apparent bid to show how well China is doing in combatting coronavirus.

Chen and her research team have been working for over a month at the Wuhan Institute of Virology, a laboratory with the highest biosafety classification. As well as rushing to develop a vaccine, Chen’s team has been working on treatments including plasma therapy and repurposing a nasal spray that is designed to boost immunity to the virus.

Chen spoke with China’s state-run television station for a report broadcast Tuesday claiming to have made a major breakthrough in the development of a vaccine.

“We are doing all we can to put the recombinant vaccine that we are developing into clinical application,” Chen said. “We must strive to bring the vaccine we are working on to clinical trial and application, providing strong technical support for winning this battle.”

While the television report did not include footage of the injections, the PLA’s official Weibo channel subsequently shared images of Chen having the vaccine injected into her left arm. The pictures also show six other PLA members who were reportedly injected with the vaccine too.

The Weibo post has since been deleted, but the images and a screenshot of the post have been shared on other social media platforms, including Twitter.

READ: Iran’s answer to the coronavirus outbreak: Cut the internet

The news comes just a day after President Xi Jinping visited the Academy of Military Medical Sciences where he stressed that a coordinated scientific approach was needed to battle the coronavirus outbreak.

Dozens of labs around the world are racing to develop a coronavirus vaccine after a Chinese lab genetically sequenced the virus in January.

Several labs have developed prototype vaccines that are currently being tested on animals. Initial human tests are likely to begin at the earliest next month before extensive trials to test the vaccines’ effectiveness and to highlight any possible side effects. Any vaccine will also need regulatory approval before it can be given out to the public, and a widely available vaccine is not expected to be ready until early next year.

Experts have warned against high-profile but ultimately pointless displays such as Chen’s, claiming that a single-subject experiment can’t show that a treatment works and it definitely can’t prove it is safe.

Chen, however, is a highly regarded scientist credited for her contribution to China’s SARS response in 2002, as well as the role she played in relief efforts for the 2008 Sichuan earthquake and the 2014-16 Ebola outbreak in West Africa.

After some media reports claimed a coronavirus vaccine could be created within one month, Chen told China Science Daily that such a timeline was unrealistic, but added that Chinese research would not lag behind other regions of the world.

“Some excellent teams may do better and faster,” Chen said. “U.S. President Donald Trump said in late January a vaccine could be developed within the next few months. I believe Chinese research fellows would not lag behind the US counterparts.”

But as China continues to face criticism about its initial response to the coronavirus outbreak, it is keen to change the narrative to one that positions itself as a savior — and developing a viable vaccine could be central to that.

As a result, some experts believe that China may be willing to rush through the development of a vaccine without taking the necessary precautions.

“If China thinks it has a vaccine developed, I doubt they will wait a year for clinical trials,” Bill Bishop, a China expert, said in his Sinocism newsletter on Wednesday.

Cover: An image posted by the official Weibo account of the People’s Liberation Army showing Chen Wei being injected at the Wuhan laboratory she has been working in since mid-January. The image and accompanying text were deleted shortly after being posted. (Photo: Weibo)

Bloomberg Is Dropping Out and Backing Biden Now