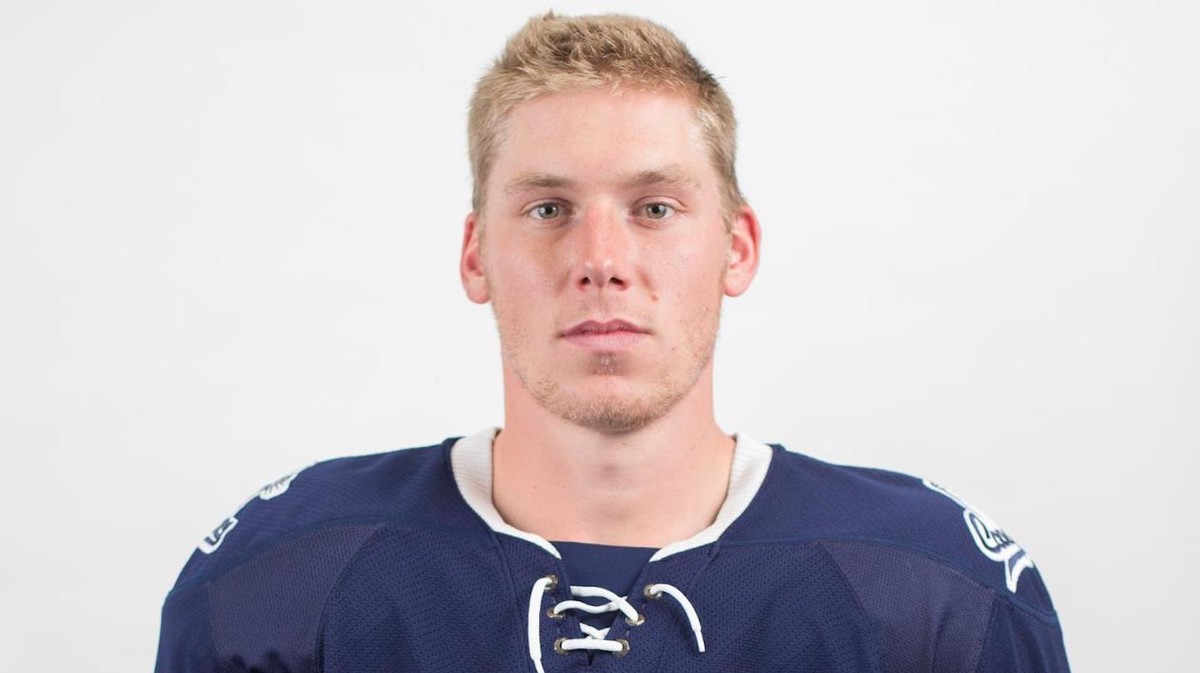 Janet Hamnett woke up in the early morning hours of January 13, 2018 to the sound of her glass patio door being smashed into pieces. It was so loud, Hamnett, then 66, thought her furnace had exploded.

When she walked out of the bedroom of her Springbank, Calgary, home, where she lived alone, Hamnett, a public relations professor at Mount Royal University, was attacked by a “huge presence.” Again and again, a naked 6-foot-tall man beat her around the head and arms with a broken broom handle, not pausing between blows. He screamed the whole time—making animal-like roars, Hamnett said—but didn’t form any words. Hamnett fell to her knees and tried to protect her face. When the attacker finally stopped and went upstairs, Hamnett locked herself in her bathroom to tend to the gashes on her face and arms. Both her hands were broken. She would later testify in court that there was “blood everywhere.”

Janet Hanmett was brutally attacked in her home. Photo via Mount Royal University

The man who broke into Hamnett’s house and beat her relentlessly is Matthew Brown, 29, former captain of Mount Royal University’s hockey team. (Brown and Hamnett did not know each other from the school.) Last week, Brown was acquitted of break and enter and aggravated assault, even though he doesn’t contest Hamnett’s version of events.

“It is difficult to look at these victims and tell them that the law is not going to hold anyone accountable.”

His defence? He was so high on psychedelic mushrooms that he had no control over what he was doing.

The precedent-setting case, in Alberta at least, raises questions about who is accountable when someone gets so intoxicated that they lose control and hurt another person. Brown said he consumed more than a dozen drinks and did an unknown quantity of mushrooms that night. He said he doesn’t remember the attack.

“It is difficult to look at these victims and tell them that the law is not going to hold anyone accountable… not withstanding that we know exactly who committed the offences against them,” wrote Justice Michele Hollins in her acquittal decision.

Brown’s defence is known in the legal world as “automatism.” It means that a person is carrying out unconscious, involuntary behaviour. When a person who commits a crime has a mental illness, they can argue automatism and be found not criminally responsible. But a person who successfully argues automatism and doesn’t have a mental illness is fully acquitted of their crimes; one high-profile Canadian case saw a man named Kenneth Parks acquitted of murdering his mother-in-law in 1988 because he argued he was sleepwalking.

Automatism due to severe self-induced intoxication is a rarely used defence, and is believed to have never before been successful in Alberta.

In fact, the Criminal Code states that self-induced intoxication is not a defence when the accused commits a violent crime against another person.

However, Brown’s lawyer Sean Fagan successfully challenged the constitutionality of that law, consequently opening up the self-induced intoxication defence for more people accused of violent crimes in the province. That part of the Criminal Code has also been struck down in other provinces, and Fagan said the issue will end up being decided in the Supreme Court of Canada.

Intoxication-based automatism is a challenging defence to mount (though Fagan said in this case, it was easy). Normally the accused in a criminal case doesn’t have to prove anything, but if they are arguing automatism, they need to show, on a balance of probabilities, that the offences were committed involuntarily.

“Without a guilty mind, it’s very hard to see a constitutional and fair way to deprive someone of their liberty for something that they didn’t know that they were actually doing,” said Ottawa-based defence attorney Michael Spratt.

“With self-induced intoxication, it’s a little bit more difficult to wrap your mind around it because… you’re intentionally bringing yourself to that state.”

Brown was at a small party at his friend’s house on that January evening, where he said he drank 14 to 18 drinks, a mix of cocktails and beers. He also started eating magic mushrooms in half gram portions. Judge Hollins noted there’s no reliable evidence as to how much he consumed, but likely more than a gram at least.

At nearly 4 a.m., Brown got naked and ran outside of his friend’s house into -20 C temperatures. His friends tried to call him back, and alerted the police when he didn’t listen.

Brown’s lawyer said he “covered quite a bit of ground,” even crossing a freeway while naked in frigid temperatures before winding up at Hamnett’s house, where he assaulted her. She hid in the bathroom until it was quiet, then ran to her neighbour’s place. Afterwards, Brown was spotted by Hamnett’s neighbours naked and trying to break into cars.

At around 5 a.m. Brown broke into another couple’s house by hurling a statue into the glass of their front door, causing $6,000 in damage. The couple called police, who found Brown on the couple’s bathroom floor, his feet bloodied and bruised. He complied with officers and appeared to be confused, as if he was waking up.

As part of Brown’s defence, his lawyer called two expert witnesses, both of whom testified that Brown’s mushroom consumption resulted in “delirium”—an altered state in which a person may experience psychosis.

One of the experts never spoke to Brown. The other, forensic psychologist Thomas Dalby, said he’d never diagnosed a patient with psilocybin (the active ingredient in mushrooms) intoxication and had limited experience with shrooms.

Reached by VICE, Dalby dismissed the idea that Brown’s alcohol intake—potentially 18 drinks—had anything to do with his actions that night. Brown initially told Dalby that he’d only had a few drinks, but later testified to drinking much more.

“Physically, what he did would have been impossible if he had been impaired by alcohol,” Dalby said, adding Brown “never drinks that much.” (It’s unclear how he knows for certain how much Brown typically drinks.)

Dalby said that in most cases people who take mushrooms experience a “mystical, loving feeling.” He testified that there were no recorded cases of someone who ingested mushrooms and hurt another person. Despite that, and not knowing the potency of the shrooms or how much Brown had eaten, Dalby said the shrooms were the “clear causative factor” behind Brown’s violence.

Michael Verbora, medical director at Toronto-based psychedelics clinic Field Trip Health, told VICE that when someone is ingesting multiple substances it’s very hard to point the finger at one drug.

“To allow this kind of defence, it blows my mind.”

He said most research shows that psilocybin calms people down and reduces depression and anxiety; enough of it could create an altered reality, but so could a lack of sleep or stress, he said.

“I don’t know where someone draws the line on externalizing the blame on a substance,” Verbora said, noting that a defence like Brown’s seems like a potential slippery slope for using drugs as a scapegoat for criminal behaviour.

Dalby, the expert psychologist witness, told VICE Brown doesn’t have “a bad bone in his body.”

“This guy is a straightlaced guy, a hockey player,” he said. “Everybody loves him.”

Brown’s lawyer also described him as the “nicest kid in the world.”

Hamnett’s son-in-law Jason Unworth said he found it “challenging” that an expert witness and defence lawyer, neither of whom knew Brown personally, would make those sorts of comments.

He said it was frustrating to see a “young, white privileged kid” not be held accountable, and that it would have made more sense to convict Brown and allow him to speak to other students as a cautionary tale instead of sending him to jail.

“To allow this kind of defence, it blows my mind,” he said. “It opens the door now for anybody that can go out and get as messed up as they want and now they’ve got this defence.”

Brown cried as the judge acquitted him. During the trial he offered up an apology to Hamnett.

“No one should ever have to go through that; I wouldn’t wish that on anyone,” he said, according to the CBC.

In her decision, Judge Hollins noted that Brown had been suspended from Mount Royal University and had lost a job opportunity at Imperial Oil due to his rampage. She said she believed he was remorseful but that the impact on his victims couldn’t be minimized.

For months after the assault, Unsworth said Hamnett couldn’t teach nor drive, which severely impeded her independence. She’s also had to pay thousands of dollars for the damage to her home, he said.

She will likely never recover the use of her right hand, and suffers from post-traumatic stress disorder and anxiety. She told the court that she will never be the same.

“I am changed forever. I am anxious. I fret more. I worry more. It is always with me in some way,” Hamnett said.