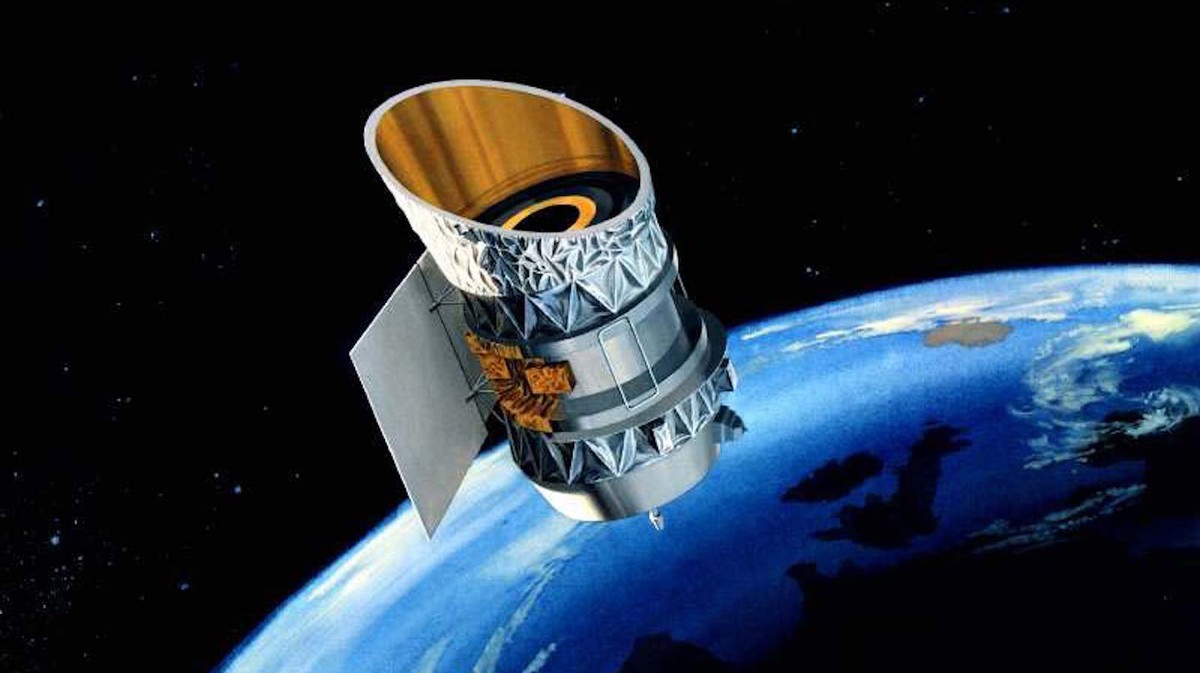 Two dead satellites might collide in low Earth orbit on Wednesday at nearly 33,000 miles per hour. If they so much as graze each other at that speed, they’ll create a hypersonic shockwave that will completely shatter them both — and leave shrapnel behind in their orbital paths.

That’s not good. Weather satellites are in low Earth orbit, and tech companies use satellites there for satellite phones, and want to use them to broadcast the internet. If there’s debris in that orbit, it could slam into active satellites we’re actually using.

The chances of collision have shifted a few times in the last 24 hours but currently stand at 1 in 20, according to LeoLabs, a space debris tracking service. Those odds, bumped up from the 1 in 1,000 chance of collision predicted Tuesday, now take into account the long booms on one of the satellites.

“Imagine something passing the end of your nose at 33,000 miles per hour. That’s a bullet,” said Jonathan McDowell, an astronomer at the Harvard-Smithsonian Center for Astrophysics. “It just missed you, but you’re pretty scared.”

But it’s not likely the debris would fall to Earth — if the satellites hit, all the debris will burn up falling through the atmosphere, according to McDowell.

READ: A company is sending cannabis and coffee to space to see if they mutate

The two satellites — the Infrared Astronomical Satellite, a 1.1 metric-ton hunk of metal that was the first orbiting telescope to map the night sky at infrared wavelengths back in the ’80s, and the Gravity Gradient Stabilization Experiment 4, an experimental device meant to test spacelight principles, launched in 1967 — will likely come within 40 feet of each other over Pittsburgh at 6:39 p.m. Eastern time, according to LeoLabs.

As more and more stuff goes up into orbit, we’re not taking enough of it out of the atmosphere after its usefulness has expired. There are more than 2,000 operating satellites in orbit right now, according to the Union of Concerned Scientists, but there are tens of thousands more pieces of decommissioned junk up there, too, including what might be a floating trash bag.

That junk is a threat to plans to expand satellite communications. SpaceX wants to send up a “constellation,” as it’s calling it, of 12,000 small satellites into low orbit to beam the internet down from the stars. Other companies are rushing to get into the space-internet market, too, as the private space industry booms.

“The proposed mega-constellations, despite the claims that the operators make that they’re going to be able to handle the situation, I am unconvinced,” McDowell said. “That’s just too many satellites. We’re going to have collisions, and we will have real problems.”

The number of near-misses we can expect is the square of the number of satellites in space, according to McDowell. If 10 times as many satellites go up, expect 100 times more near-collisions.

In 2009, a dead Russian satellite slammed into an active U.S. one. And last year, one of SpaceX’s satellites narrowly missed the European Space Agency’s Aeolus, which monitors wind patterns from space.

All this has space nerds calling for the establishment of a set of orbital rules of the road. Right now, no international organization is regulating who’s allowed to take up space in low Earth orbit.

“Once we have more collisions and people see the impact of that, then there will be a wake-up call for some kind of regulation to address this,” McDowell said.

Mayor Pete Thinks He Can Flip Trump Counties in Iowa