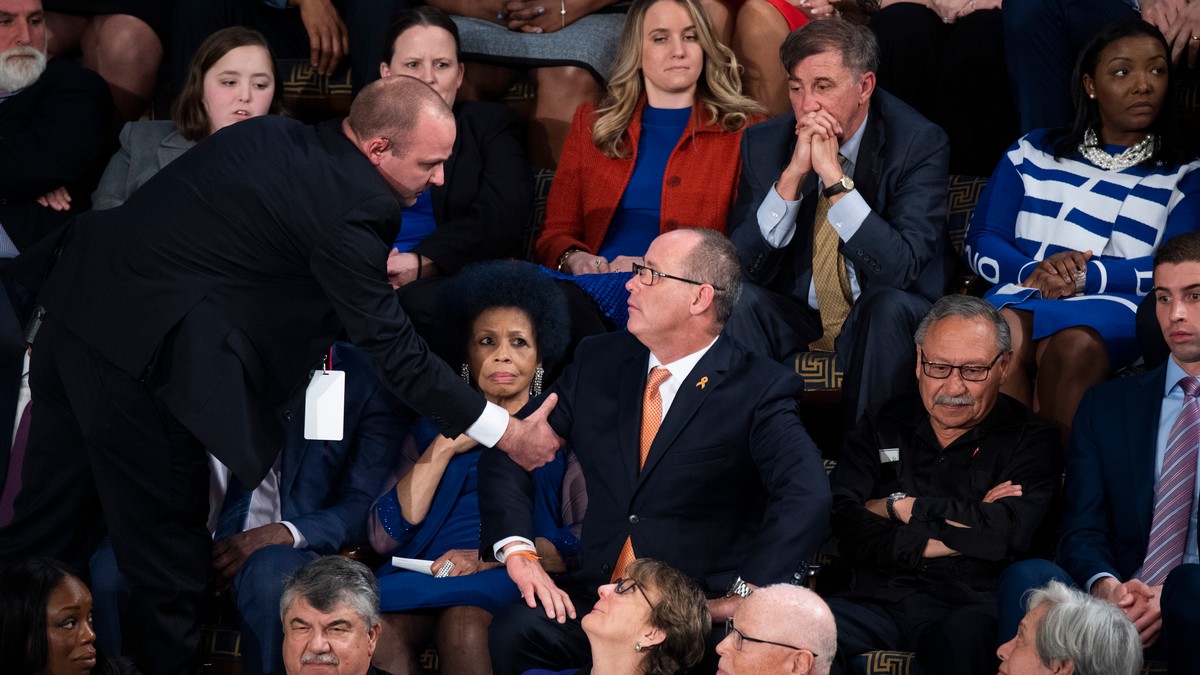 Fred Guttenberg sat in the speaker’s box at the State of the Union Tuesday night as a guest of Nancy Pelosi, but when President Trump boasted of all he’d done for gun owners, the Parkland dad couldn’t restrain himself.

“So long as I am president, I will always protect your Second Amendment right to keep and bear arms,” Trump said from his podium.

That’s when Guttenberg, father to a young Parkland shooting victim, stood up and yelled out in protest. Within seconds, Capitol Police rushed to him and quickly escorted him out of the audience.

Guttenberg’s 14-year-old daughter, Jaime, was killed at Marjory Stoneman Douglas High School in Parkland, Florida, almost two years ago in the horrific mass shooting that left 17 students and teachers dead. Since the shooting, Guttenberg along with other parents and Marjory Stoneman students have become prominent activists against gun violence, leading the March for Our Lives.

After the outburst at the SOTU, Guttenberg said he felt he owed his family and friends an apology.

“Tonight was a rough night. I disrupted the State of the Union and was detained because I let my emotions get the best of me,” he wrote on Twitter. “I simply want to be able to deal with the reality of gun violence and not have to listen to the lies about the 2A as happened tonight.”