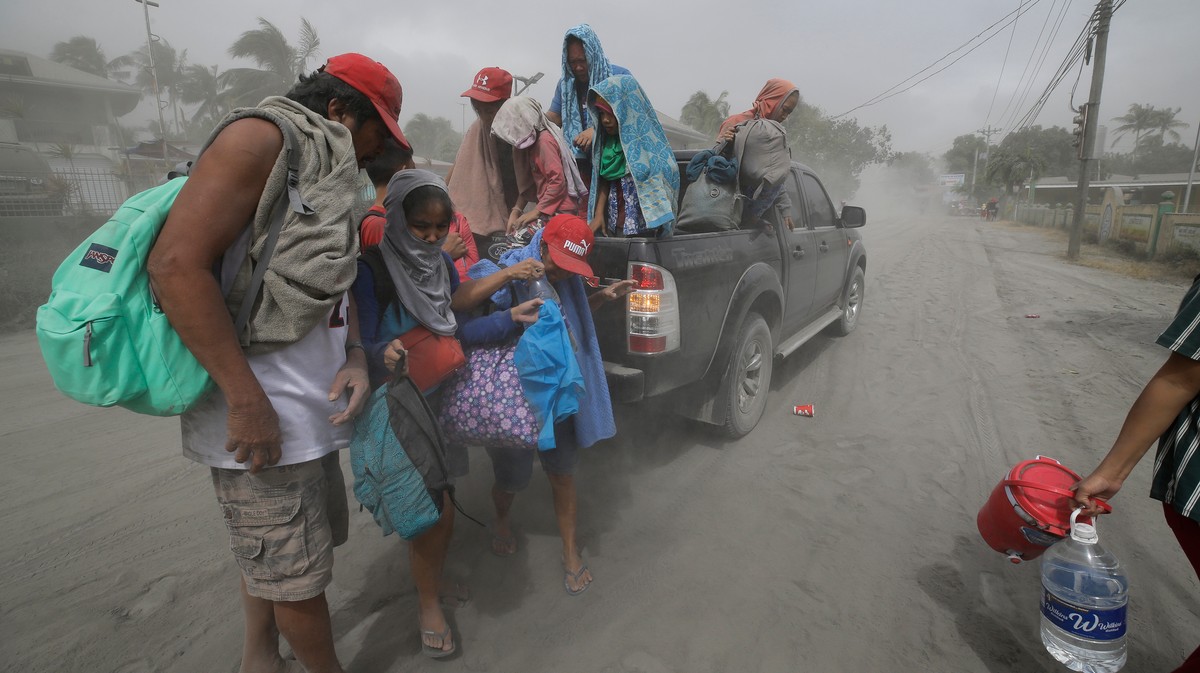 Hundreds of thousands of people have been told to evacuate their homes in the Philippines after a volcano started spewing red-hot lava Monday and covered the surrounding area in a cloud of heavy ash.

The Taal volcano, which sits 37 miles south of the capital Manila on the island of Luzon, began erupting Sunday, sending clouds of steam, ash, and pebble up to nine miles into the air. The resulting ash cloud covered Manila and forced the city’s international airport to shut down.

No planes have been allowed in or out of the airport since, and up to 500 flights have been canceled — though President Rodrigo Duterte’s plane from Davao managed to land at the closed airport on Monday.

The Philippine Institute of Volcanology and Seismology (Phivolcs), which issues alerts for the volcano, called for “a total evacuation” of up to half a million people in a 17-mile radius around the volcano, because activity at the volcano was intensifying and a “hazardous eruption was imminent.”

Video footage of Sunday’s eruption shows a thick plume of black smoke erupting from the volcano and volcanic lightning inside the clouds of smoke.

So far just 16,000 people have been accounted for in official evacuation centers, but the number of people who have fled their homes in the affected zone is likely much higher as many people will be staying with family and friends.


The military and aid organizations like the Red Cross are assisting in the evacuation effort, but some people in the affected areas weren’t able to evacuate because of a lack of transport and poor visibility as a result of the ash cloud.

Others have been trying to return to their homes despite the warnings.


READ: Australia’s wildfires just put a smoke halo all the way around the planet