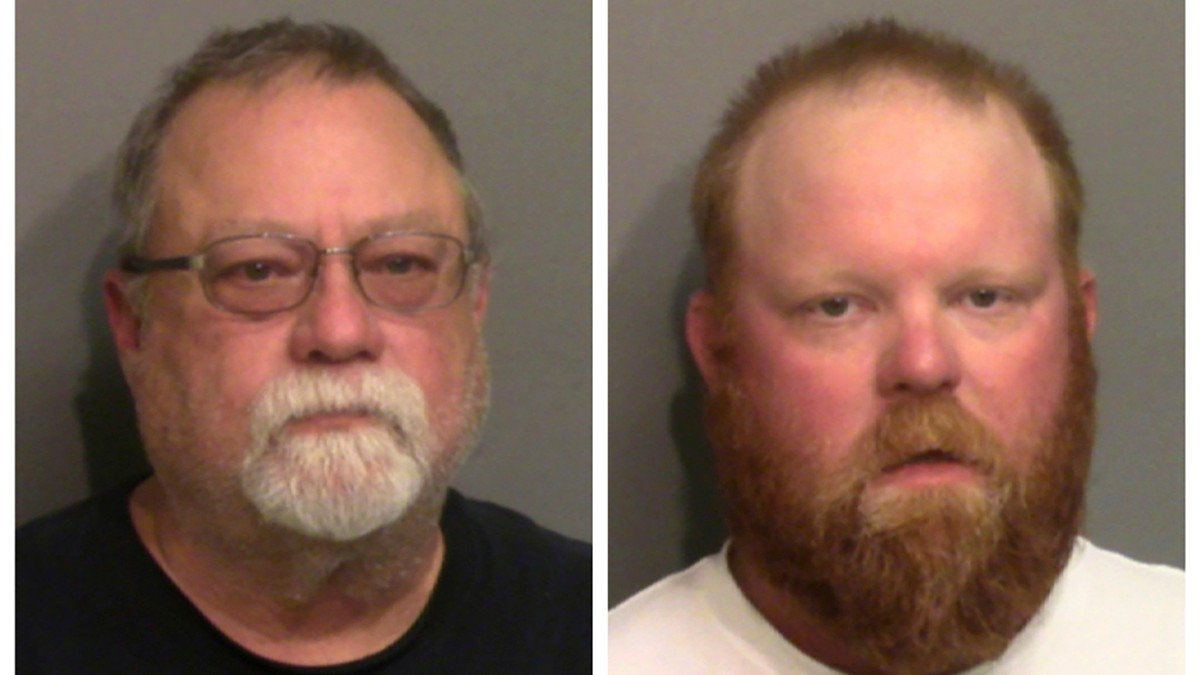 The two white men who chased and killed Ahmaud Arbery as he jogged down a suburban Georgia road, after allegedly entering a home under construction, reportedly had another confrontation with a black man over the same property 12 days earlier.

A neighbor who witnessed both encounters believes that 25-year-old Arbery was the man involved in the earlier incident, too, according to the Atlanta Journal-Constitution. The owner of the property involved, Larry English, has said he doesn’t believe Arbery ever stole anything from the home — which remains under construction — and that even if he did, it wouldn’t have warranted a vigilante chase.

The earlier incident, first reported by the Atlanta Journal-Constitution, took place Feb. 11, less than two weeks before Gregory McMichael and Travis McMichael grabbed their guns, hopped in their pickup truck, and chased Arbery in their suburb outside Brunswick. That encounter, on Feb. 23, ended with Travis shooting Arbery three times, after what one prosecutor later described as a would-be citizen’s arrest, as the men said they were following a “burglary suspect, with solid firsthand probable cause, in their neighborhood.” Both Travis and Gregory have since been charged with felony murder and aggravated assault.

Arbery’s family members said he was out jogging that day.

The McMichaels told police there was surveillance video of Arbery at the property, although the property owner said he’d never shared that with them.

According to the Atlanta-Journal Constitution, however, the property owner may have alerted another neighbor, Diego Perez, that someone was in his property Feb. 11. English lives about 90 miles away from the neighborhood, but had motion-sensor cameras installed that pinged his phone when there was someone on the property, according to Perez. Perez armed himself and walked up the road that night to check on the house, where he encountered Travis McMichael in his truck, he told the Atlanta Journal Constitution.

“Travis saw him in the yard and Travis stopped,” Perez told the Atlanta Journal-Constitution. “He confronted (the man) halfway into the yard. He said (the man) reached for his waistband, and Travis got spooked and went down the road.”

Travis left and came back with his father, who apparently called the Glynn County Police Department that night, according to Perez. A police report from around 7 p.m. that night showed that a man called local police about a man roaming around a home under construction. The caller is identified in the report as Travis McMichael, and the police says that English had an “ongoing issue with an unknown black male continually trespassing upon the property.” Police called English, who told them he believed the man hadn’t taken anything, and was only trespassing.

Videos and descriptions of the man, who at the time wasn’t known to residents, circulated on a neighborhood Facebook page and on the website Nextdoor, according to the police report.

Perez did not see Arbery again until Feb. 23, when he bled out in the middle of the road from the gunshot wounds. He’s listed as a witness on a police report from that day, which notes the McMichaels claimed they saw Arbery “the other night” with his “hand down his pants, which led them to believe the male was armed.” He wasn’t.

An attorney for English, the owner of the property, did not immediately respond to a VICE News request for comment. Elizabeth Graddy, who represents English, has said that his motion-sensor camera alerted him to potential entries at the under-construction property numerous times, leading him to once call a non-emergency police line. However, Graddy told NBC News, English never used the word “burglary,” as nothing had ever been stolen from the property.

English didn’t share that information with the McMichaels, whom he didn’t know, according to Graddy, adding that they previously inquired about getting surveillance footage from the home.

Surveillance footage of the property, taken the day Arbery died, shows a black man wandering onto the construction site and leaving shortly after. Attorneys for Arbery’s family say the video, believed to show Arbery, proves he wasn’t doing anything wrong, as he didn’t cause any sort of property damage and left on his own accord. Even if there were a robbery, Graddy told NBC News that the English family “would not have wanted a vigilante response.”

“I don’t want it to be put out and misused and misinterpreted for people to think that I had accused Mr. Arbery of stealing or robbery. Because I never did,” English told WSB-TV, an ABC affiliate in Atlanta.

Trump Is Losing the Battle to Keep His Finances Secret