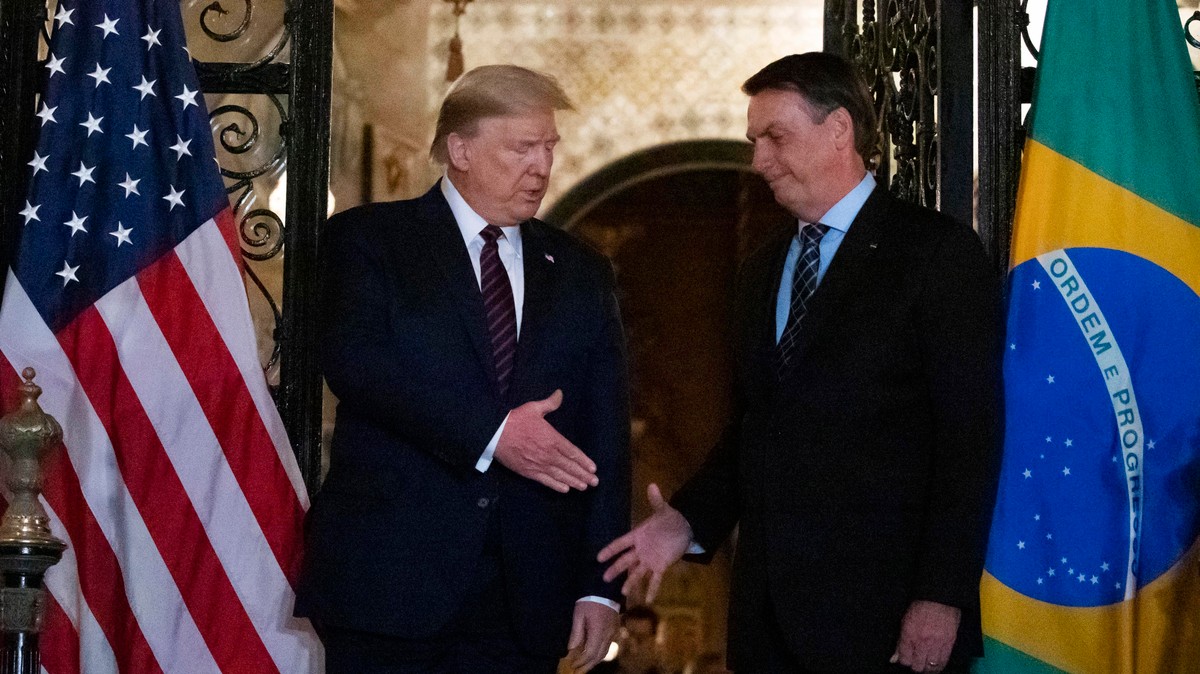 President Donald Trump is apparently not bothered about the prospect of contracting COVID-19, the disease caused by the novel coronavirus. But given how many people he’s come into contact with who’ve been diagnosed with the disease or quarantined, he probably should be.


On Thursday, the White House said that Trump and Vice President Mike Pence wouldn’t be tested for coronavirus and would not self-quarantine after meeting in Florida with a top aide to Brazillian president Jair Bolsonaro who tested positive just days later.

“Both the president and vice president had almost no interactions with the individual who tested positive and do not require being tested at this time,” White House press secretary Stephanie Grisham said in a statement about the Bolsonaro aide.

On Friday, Brazillian media reported that Bolsonaro — who met with Trump on March 7 — had also tested positive for the virus. Bolsonaro’s son Eduardo initially confirmed the positive result to Fox News, but Bolsonaro is now disputing that, and he issued a statement on Facebook saying he tested negative for COVID-19.

But Republican Sens. Rick Scott and Lindsey Graham also came into contact with the Brazilian official, Fabio Wajngarten, and said they were self-quarantining as a precaution.


But Wajngarten isn’t the only person Trump has come into contact with in the past few weeks who has tested positive or self-quarantined.

Schlapp, the president of the American Conservative Union and husband of Trump campaign official Mercedes Schlapp, confirmed that he had come into contact with an individual at last month’s Conservative Political Action Conference who tested positive for coronavirus. CPAC, much to the chagrin of its attendees, has refused to reveal the person’s name.

Schlapp then shook hands with Trump on February 29, when the president appeared at CPAC. Both Schlapp and his wife are under self-quarantine.