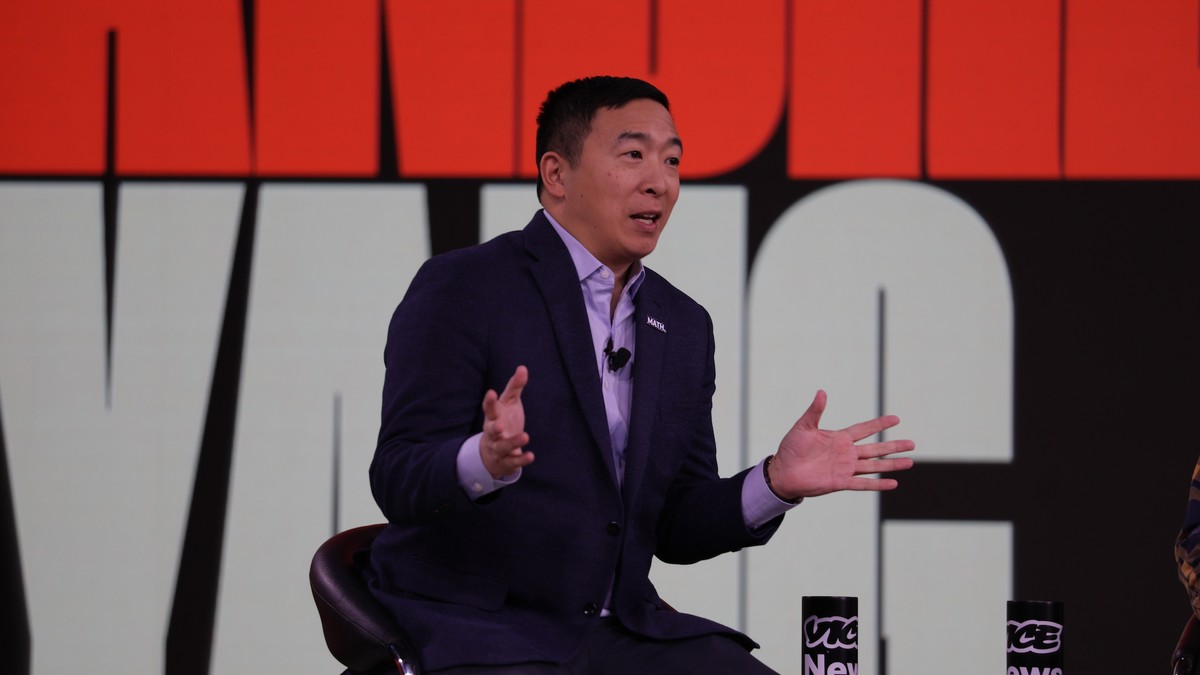 Businessman Andrew Yang laments that he’s one of few Democrats of color still in the presidential race. But he also makes light of his heritage with jokes about how he’s good at math and knows “a lot of doctors.”


On Monday, he told VICE News that jokes can be a helpful way to address racist stereotypes.

“Making light of these stereotypes and dragging them into the light is not a bad thing,” Yang said at the 2020 Iowa Brown & Black Presidential Forum in Des Moines. “By poking fun at these things, we can actually see them for how ridiculous they are.”

But those comments have also contributed to him being a somewhat polarizing figure among other Asian-Americans.

Yang has previously been criticized by some who say his comments reinforce the “model minority” stereotype, which broadly paints Asians as overachieving do-gooders and Latinos and African-Americans as less deserving.

For his part, Yang said Monday the “model minority myth obscures the vast diversity in the Asian-American community,” and that he doesn’t think anyone believes his “off-hand remarks” reflect the viewpoints of The 45-year-old Tawainese-American, who previously avoided delving into race issues, noted that he was the only person of color on December’s debate stage, and also addressed the group of white supremacists that seemed to align with his so-called “Yang Gang” — mostly through memes on internet forums — last year.

“I was stunned to hear anyone who has any kind of hateful ideology in their hearts would support me, because I certainly don’t look like the poster boy for white supremacy,” Yang said, adding later that he’d fight to designate white nationalism as terrorism.
Advertisement. Scroll to continue reading.
BackPage 1 of 2Next →
In this article: