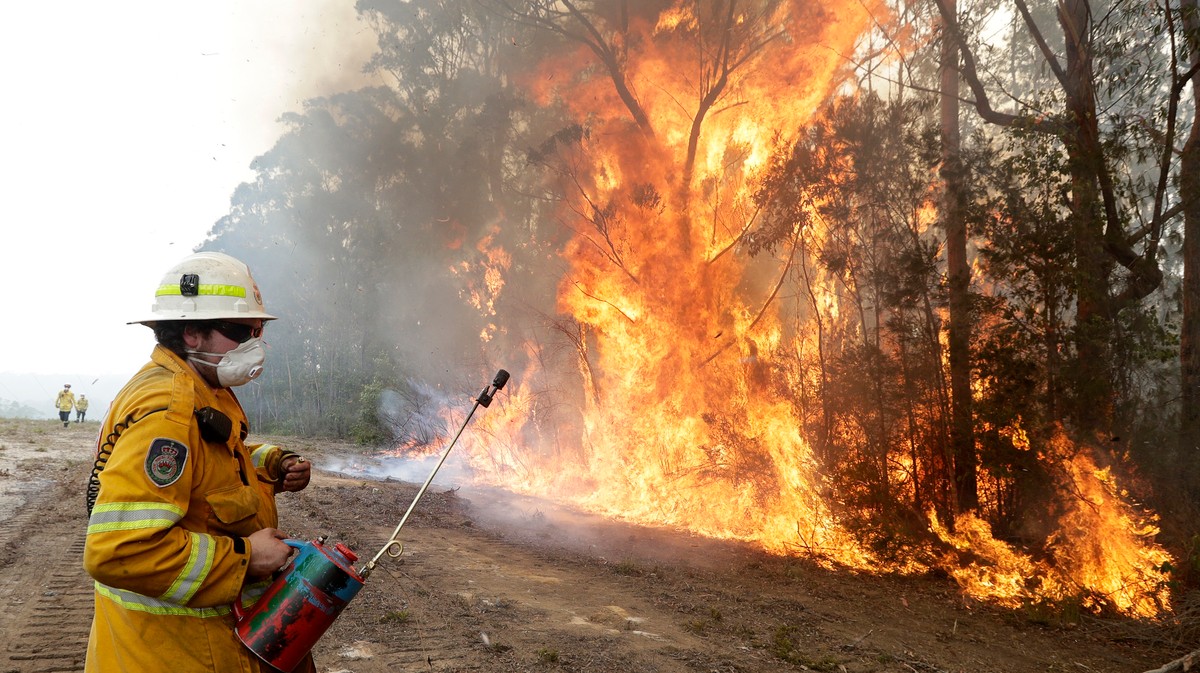 As Australia’s massive bushfires have raged, some fires have grown so large and so fierce that they’ve started to create their own weather: fire clouds, full of lightning that starts new fires and heavy winds that spread them. Now, scientists say this hellish phenomenon could become far more common as a result of climate change.

The fire clouds — technically called pyrocumulonimbus or pyroCb — are, well, scary as hell: They produce lots of lightning, thunder, and tornado-like winds that can spread embers.

Scientists told NBC News that the specific conditions that lead to fire clouds — large wildfires, heat, dry conditions, and wind — are likely to become far more common as a result of climate change.

“I don’t like to use the term ‘new normal,’ because it indicates a plateau or a shift to another state,” Mike Flannigan, director of the Canadian Partnership for Wildland Fire Science at the University of Alberta, told NBC. “It’s kind of a new reality. We’re going to see more and more fires and more and more dangerous conditions. Not every year is going to be a bad fire year, but on average we’re going to see a lot more bad fires.”

READ: ‘No way in or out’: Australians are fleeing to the beach to escape deadly wildfires

The fire clouds are often created when a particularly strong blaze creates an updraft that pulls smoke, ash, and water vapor into a column, which then cools and condenses into a cloud. In late December, Australia’s fires grew even worse, partly because of lightning, embers, and strong winds from localized pyrocumulonimbus clouds that sparked even more blazes.

These sorts of unpredictable weather systems are particularly dangerous for firefighters, who can be caught unprepared. One firefighter in Australia was crushed and killed when a sudden fire tornado lifted his truck off the ground.