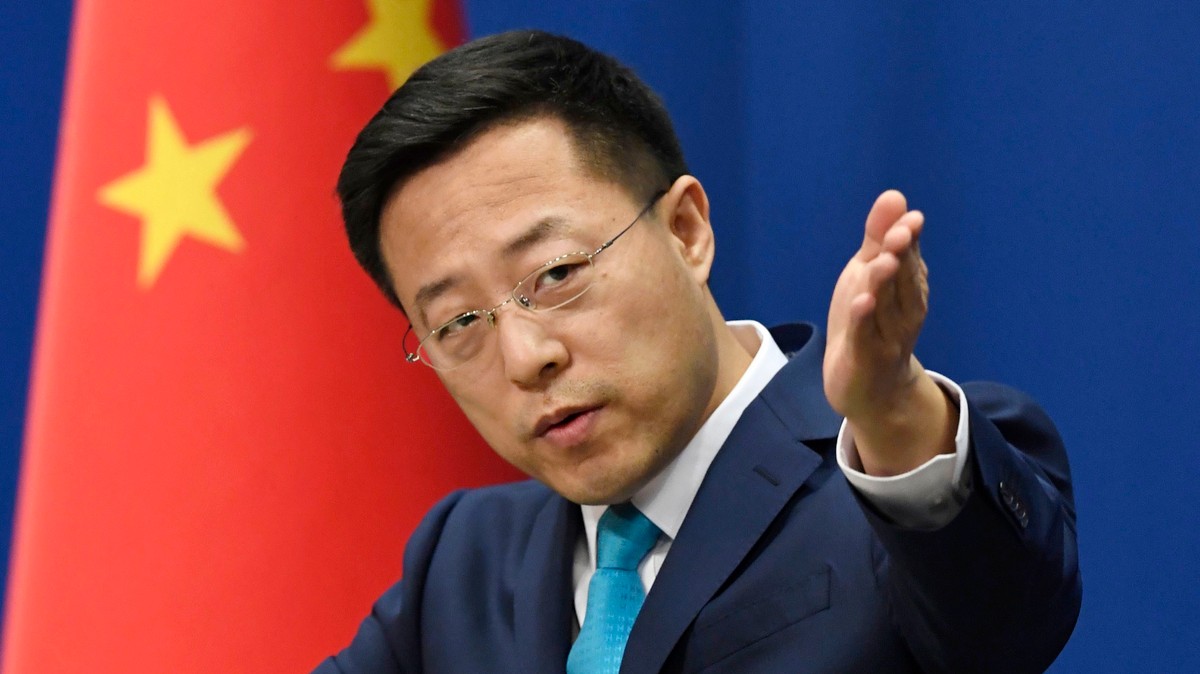 China has had enough of defending its response to the coronavirus outbreak, and now it’s on the attack, with a top government official boosting a conspiracy theory that the U.S. military brought the coronavirus to Wuhan.

The outlandish claim was made by foreign ministry spokesman, Zhao Lijian, a firebrand diplomat who was promoted to his current position in the middle of the coronavirus outbreak in China last month and is seen by experts as a rising star in the Chinese Communist Party.

In a tweet late on Thursday, Zhao posted a video of the director for the Centers for Disease Control and Prevention (CDC) Robert Redfield speaking to the House Oversight Committee earlier this week. “Redfield admitted some Americans who seemingly died from influenza were tested positive for novel #coronavirus in the posthumous diagnosis,” Zhao said.

“When did patient zero begin in U.S.? How many people are infected? What are the names of the hospitals? It might be U.S. army who brought the epidemic to Wuhan. Be transparent!”

Zhao is referring to a conspiracy theory that has been floating around Chinese social media for weeks. The theory is based on the fact that 300 athletes from the U.S. military attended the 7th Military World Games in Wuhan in October — the city where months later the global pandemic originated.

The theory gained traction after renowned epidemiologist Zhong Nanshan told a press conference on Feb. 27 that although the virus first appeared in China, “it may not have originated in China.”

Zhong subsequently clarified his remarks to say “neither can we conclude that the virus came from abroad” — but in China, only his first remark has been repeated by diplomats and government officials.

READ: Doctors keep dying in Wuhan and Beijing Is still trying to silence them

Despite widespread criticism of his initial tweets, Zhao has not backed down, posting what he says is further evidence to back up his claim.

In a tweet on Friday morning, Zhao again posed the question: “Could it be that the U.S. military brought the virus to Wuhan is the Chinese government’s position?”

Despite the international backlash, Zhao’s comments have struck a chord in China. A hashtag related to Zhao’s tweet has been trending on Weibo throughout Friday, and has been viewed at least 150 million times so far.

From the outside, Zhao’s comments might look like one diplomat going rogue, but his boosting of conspiracy theories fits a trend seen among Chinese officials in recent weeks.

“Beijing is muddying the waters with multiple counter-narratives about the origin of the coronavirus,” Fergus Ryan, an analyst who studies Chinese social media at the Australian Strategic Policy Institute (ASPI), told VICE News.

“This ‘flooding’ of information is designed to deluge Chinese citizens with a torrent of information with the aim of deflecting blame away from the Chinese Communist Party,” Ryan added. “Zhao may be posting on a social media platform that is banned in China, but screenshots of his tweets are circulating on WeChat and Weibo and being reported in domestic media.”

China has expended a huge amount of effort censoring and silencing critics of its response to the outbreak both online and offline. But as the crisis eases inside China, Beijing is moving to position itself as the world’s savior, sending supplies and medics to countries like Italy and Iran.

As the Trump administration struggles to respond to the growing crisis in the U.S., Beijing sees an opportunity to go on the attack.

“The bread and butter of Beijing’s propaganda strategy is to blame foreign forces: accusing the United States of bringing the virus to China fits this pattern,” Lokman Tsui, a communications professor at the Chinese University of Hong Kong told VICE News.

“And with the U.S. government currently screwing up its response to the virus, it seems to me Beijing deems it might be a good time to turn what was largely a defensive PR strategy into an offensive one.”

Trump Is Now Blaming Obama for the Lack of Coronavirus Testing

No Soap, Little Water, and No Way Out: Refugee Camps Brace for Coronavirus