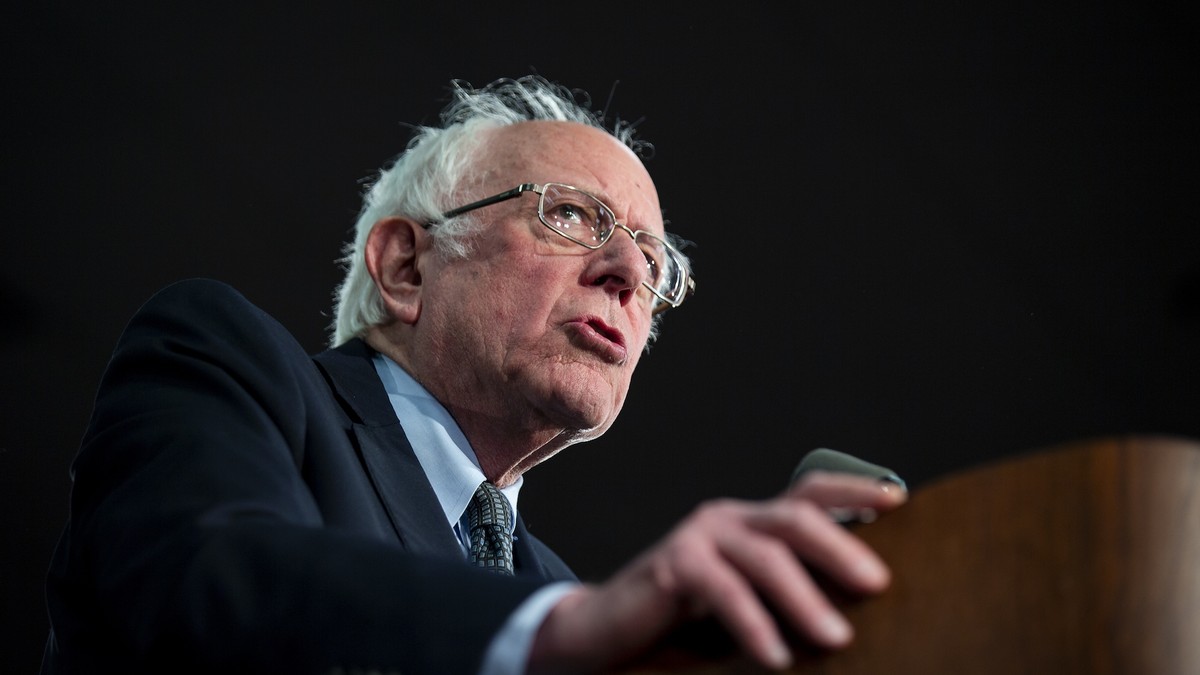 The Iowa caucus fiasco just re-ignited the defining narrative in the Democratic Party.

In 2016, it was all about Sen. Bernie Sanders’ feud with the Democratic National Committee, which seemed hell-bent on nominating Hillary Clinton at all costs.

Now, a cascade of problems at the Iowa Caucus appears to have momentarily deprived Sanders of a win — and that could change the course of the campaign.

Polling averages suggested that Sanders was running away with it in Iowa. And that would have likely propelled a multimillion-dollar surge in donations and positive media coverage, particularly since it appears as though the presumptive frontrunner, former Vice President Joe Biden, severely underperformed.

Instead, the delay in results created an information vacuum that quickly turned into a circular firing squad of recriminations on the left.

Sanders’ campaign manager told supporters in an email Tuesday that the Vermont senator had a “comfortable lead” by the campaign’s own reporting — gathered from independently deployed poll monitors — from more than half of districts across the state. Those unverified estimates put Sanders in the lead with around 29% of the vote, followed by former South Bend Mayor Pete Buttigieg with 25%, and Sen. Elizabeth Warren with 21%. Biden appeared to trail them all.

But Bernie Sanders’ rivals, meanwhile, preemptively declared victory or otherwise spun the night’s non-result in their favor. Biden was the only major candidate not to claim “victory” in Iowa. (He may have gotten a reprieve: a fourth- or even fifth-place finish would have killed any momentum his candidacy might have carried into New Hampshire and Nevada.) Campaign hands took aim at the Iowa Democratic Party and the untested app it used to tabulate votes.

And the Vermont senator left Iowa without what might have been a momentum-building news cycle and huge fundraising opportunity.

“This is not a good night for democracy,” Sanders told reporters on his plane before it took off from Des Moines on Tuesday.

READ: And the biggest loser of the Iowa Caucus is … Iowa

The first-in-the-nation contest was supposed to provide clarity to a primary that’s been scrambled by the democratic socialist front-runner and his tense relationship with the party. It ended up doing the precise opposite.

The screw-up has screamed incompetence and even conspiracy to Sanders supporters and progressive media figures who’ve been key in boosting the senator’s message online.

“[T]onight should have been a fantastic, joyous night for progressives,” Cenk Uygur, creator of The Young Turks, said on Twitter. “Instead, the Democratic Party set progressives back again.”

Reddit users in the huge r/SandersForPresident community dunked on Democratic bigwigs. #MayorCheat trended on Twitter after Pete Buttigieg, whose campaign has previously contracted the firm behind the app, claimed a win last night with no data to be had. And Kyle Kulinski, a popular lefty YouTuber and co-founder of Justice Democrats, called on DNC Chair Tom Perez to resign.

READ: Everyone but Biden is claiming victory in Iowa’s screwed up caucuses

“This is either record-breaking incompetence or it’s an attempt to game the results,” Kulinski said on Twitter. “Those are the only two options.”

Sanders’ campaign manager Faiz Shakir told supporters in an email Tuesday, “It is simply unacceptable that the Iowa Democratic Party cannot release votes in a timely way, so we will continue to update you with our numbers as we await a final, official result.”

“But again, we feel very good about where we are right now, and you should too,” he added.

The botched caucus comes after a week of growing tensions between the Sanders world and the professional political class. The Des Moines Register and CNN scrapped a poll expected to show a strong Sanders showing due to last-minute questions about methodology. And the DNC tweaked its forthcoming debate criteria to nix donor thresholds, opening the door for the self-funded billionaire Michael Bloomberg.

The clashes have led to constant friction between the democratic socialist’s online supporters and the mainstream press. Cue more outrage from all angles.

Trumpworld has eagerly fanned these flames. Since the beginning of January, Trump has repeatedly touted Sanders’ strength in polls and alleged that “the Dems will never allow him to win!” Pro-Trump media organs like Fox News have followed his lead.

“The Democratic primary is shaping up to be another massive dumpster fire like it was in 2016,” Fox News host Sean Hannity said Monday night. “And look at this: Cocialist Bernie Sanders has now surged into the lead. And the Democratic establishment in a state of shock and panic.”

Tucker Carlson and other Fox talent have repeatedly driven that same point home in recent weeks. Republican Sen. Ted Cruz, who won the Iowa caucus in 2016, added his own bit of concern-trolling to Fox & Friends Tuesday morning.

“It’s particularly frustrating for the surging and the insurgent candidates,” Cruz said, alluding to Sanders. “Joe Biden is perfectly fine with this outcome.”