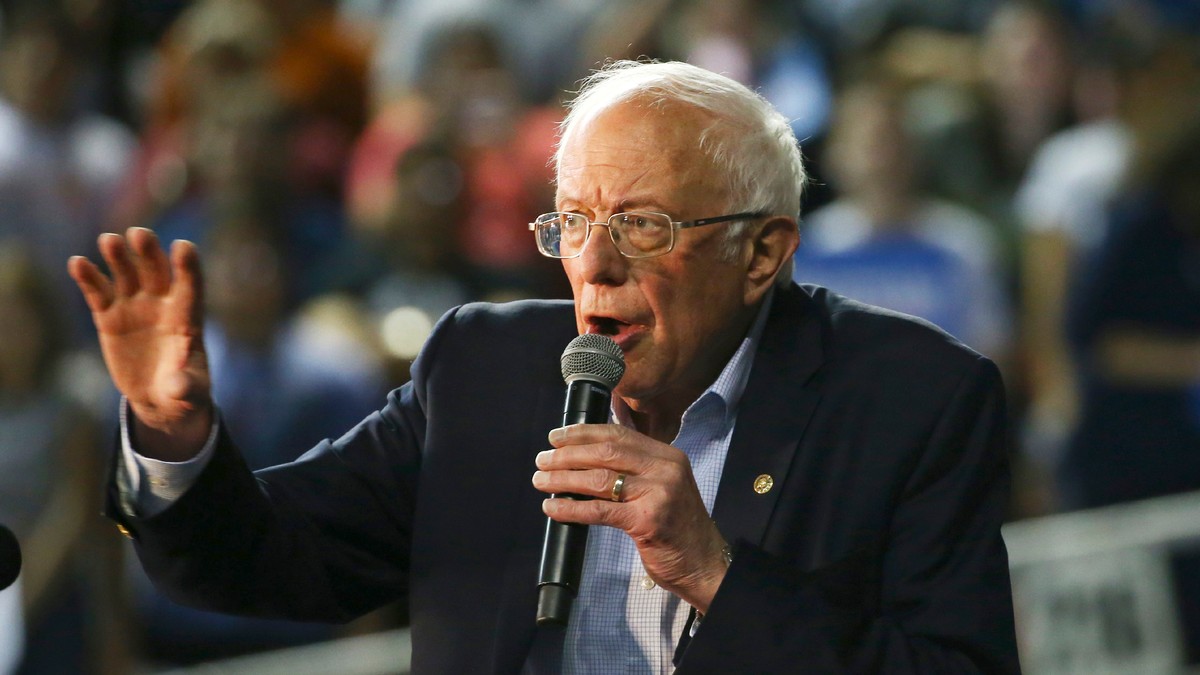 WASHINGTON — Four years ago, Bernie Sanders pulled off a dramatic upset win in Michigan’s primary to revive his flagging presidential campaign. Now, he needs to recreate that magic.

After a brutal Super Tuesday where he lost 10 of 14 states and looks to have fallen behind Joe Biden in the delegate count, Sanders badly needs a major victory to show he can compete one-on-one with Biden. And Michigan looks like his best chance.

A win there on Tuesday could put him back on firm footing and set up a long, drawn-out delegate fight. But if he loses a state he carried in 2016 — and one where Biden’s record on trade, entitlements, and Iraq could be particularly problematic — it becomes much harder to see Sanders’ path to the Democratic nomination.

“It matters greatly,” said Rep. Debbie Dingell (D-Mich.). “It would give Bernie a huge boost, people would say he’s still in the game. And if he loses what he [won] four years ago, that would be major. It’s important to both candidates.”

“It would give Bernie a huge boost. People would say he’s still in the game. ”

Whoever wins the state will also secure bragging rights to argue they’re best-suited to win Michigan in the general election. Given the psychic trauma the state gave Democrats by going for President Trump and helping him to the White House, and how crucial it will be this fall, that’s particularly relevant.

“Michigan’s incredibly important, given the fact that it’s really the key battleground state for the general election,” said Sen. Gary Peters (D-Mich.). “Certainly I think it’ll be a good indication of who can pull together a broad coalition of support.”

Sanders’ team recognizes the state’s importance. The senator canceled a Mississippi rally to add stops to his swing through Michigan, and now has events there every day from Friday through Monday — a huge time investment since the state is just one of 10 which will vote in the next 10 days. Biden will be in the state Monday as well.

And Sanders has gone hard on the attack with a trio of ads ripping into Biden for his votes for free trade agreements and the war in Iraq as well as his flirtations with cutting Social Security.

“Michigan will show how potent our contrast message is,” Sanders spokesman Bill Neidhardt said. “We’re going to see exactly how outraged voters are when they see Joe Biden has spent decades trying to cut Social Security and championing trade deals like NAFTA.”

But Biden might have the edge on another issue crucial to Michigan voters.. As vice president, he played a key role in the auto bailout that helped save Michigan’s economy from the brink in 2009. Sanders voted against the Wall Street bailout that included auto bailout funds (though he did vote to fund a bailout for the industry in a separate billy). Clinton slammed him for that move in 2016, and it’s likely to resurface before Tuesday.

“NAFTA is sort of a gut check-issue about how much you care about workers in the heartland, so I think that’s a tough, tough, a tough one for the vice president,” said Rep. Andy Levin (D-Mich.) who had backed Elizabeth Warren in the primary.

“And Sen. Sanders voted against the auto bailout in the end. We wouldn’t be here without that, so that’s a problem for him,” Levin said in a subsequent conversation.