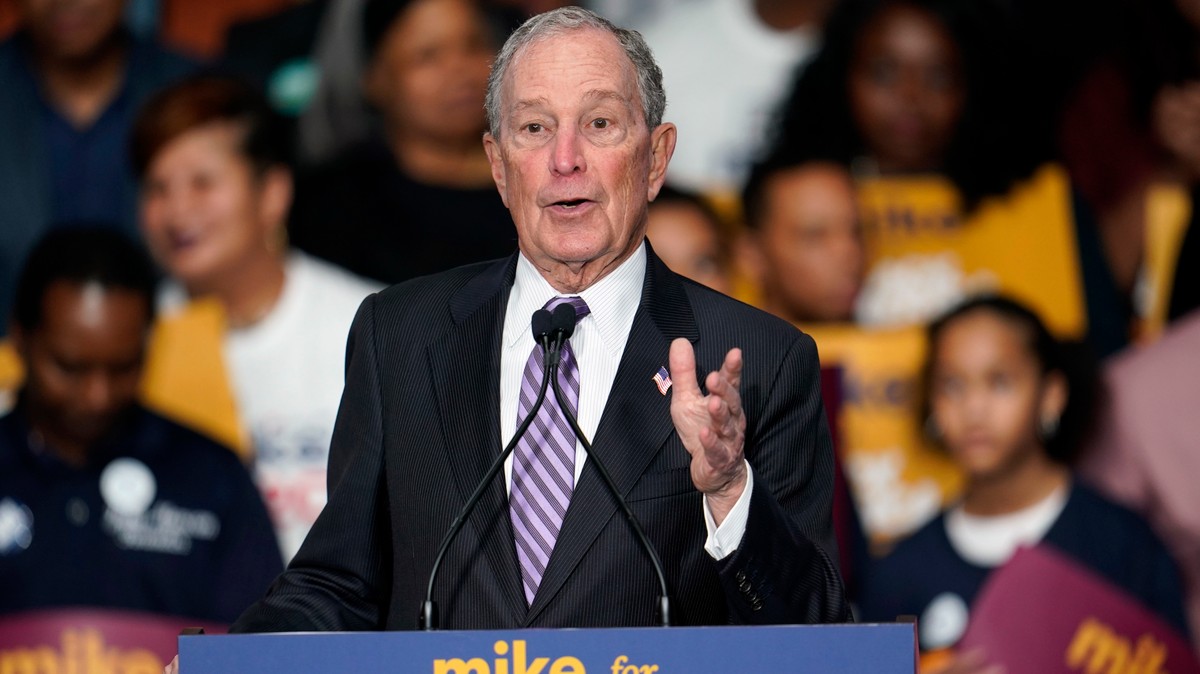 The Democratic presidential field is finally getting a crack at Michael Bloomberg: The former New York City mayor has qualified for the next Democratic primary debate in Nevada on Wednesday, by rocketing into second place in a new NPR/PBS Newshour/Marist national poll.

The poll shows Sen. Bernie Sanders, the frontrunner and favorite in Saturday’s Nevada caucuses, with 31 percent support, up nine points from the last NPR/PBS/Marist poll taken in December. Bloomberg, who entered the race in November and has launched a tsunami of advertising in Super Tuesday states, saw the biggest spike in support with a double-digit bump since the last poll (4 percent) to 19 percent.

Campaign manager Kevin Sheekey confirmed Bloomberg would participate in the debate in a Tuesday morning tweet:

Former vice president Joe Biden has seen his support take a nosedive following Bloomberg’s entry into the race and two poor showings in Iowa and New Hampshire, and sits in third at 15 percent. Sen. Elizabeth Warren is the only other candidate who polled in double-digits, with 12 percent.

In January, the Democratic National Committee announced that its threshold for making the debate would be earning a delegate in either Iowa or New Hampshire, or polling with 10 percent in at least two qualifying national polls or two qualifying polls of Nevada and South Carolina.

Read: Mike Bloomberg in 2011: An ‘enormous cohort’ of young black and Latino men ‘don’t know how to behave in the workplace’

The change angered many Democrats, as the DNC dropped a longstanding threshold — meeting both a minimum amount of small donors or hitting polling requirements, rather than one or the other — which had boxed out struggling candidates such as Cory Booker and Julián Castro. Bloomberg, one of the richest people in the world with a net worth reportedly north of $60 billion, has so far spent only his own money on his presidential campaign, and a ton of it: Over $417 million in advertising and counting.

Some, including Rep. Tulsi Gabbard, charged that Bloomberg had “bought the DNC,” after Bloomberg gave several hundred thousand dollars to both the DNC and state parties around the country prior to entering the race.

Even though he’ll be in the next debate, Bloomberg doesn’t actually appear on the ballot in Nevada, where early voting ends today. His strategy has been to skip the early primary contests and hope there’s no clear frontrunner on March 3, Super Tuesday, when voters in delegate-heavy states such as California and Texas will have their say.

As Bloomberg has risen in the polls, the former Republican (and later independent) mayor of New York’s record on race and crime have come under increased scrutiny.

READ: Nevada’s caucus could implode like Iowa: ‘They were handed a complete shit sandwich’

Up until just before he entered the presidential race, Bloomberg was a longtime defender of stop and frisk, which was policy during his mayoral administration, and blasted a 2013 ruling by a federal court striking the tactic down as unconstitutional. In audio from a 2015 speech that resurfaced last week, Bloomberg claimed that black and Latino neighborhoods are “where all the crime is,” and that “the way you get the guns out of the kids’ hands is to throw them up against the wall and frisk them.”

In 2011, while promoting a $127 million public-private partnership called the “Young Men’s Initiative” between the city of New York and philanthropic organizations including his own, Bloomberg said that there was an “enormous cohort” of young black and Latino men who “don’t know how to behave in the workplace where they have to work collaboratively and collectively.”

Last week, following the re-emergence of comments he made in 2015 praising stop and frisk, Bloomberg apologized for his prior support of the tactic. ”I should have acted sooner and faster to stop it. I didn’t, and for that I apologize,” Bloomberg said, while campaigning in Texas.

The long weekend also saw an escalation between the Bloomberg and Sanders campaign, the standard-bearer for the Democratic left-wing. After Sanders argued that Bloomberg’s past support of stop-and-frisk, and former opposition to the minimum wage and tax increases, would depress Democratic turnout if he were the nominee in November, the Bloomberg campaign hit back with an ad implying that Sanders supporters were bullying supporters of other candidates online.