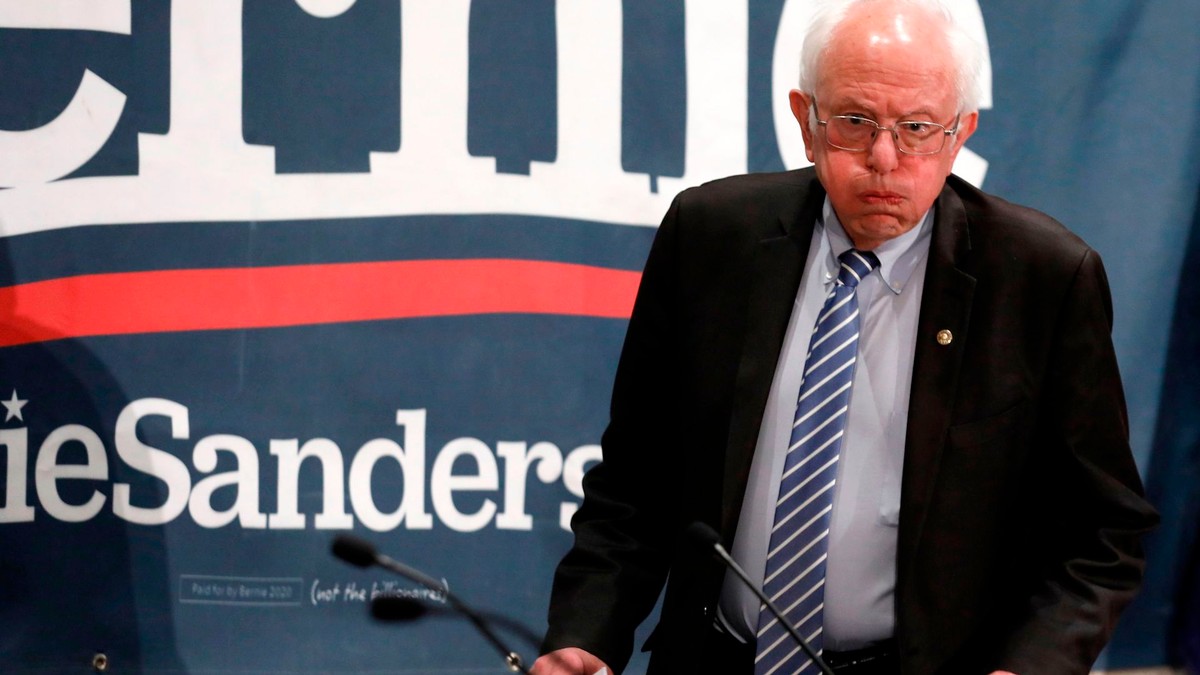 WASHINGTON — When a bunch of Bernie staffers formed a super PAC name-checking his old slogan “Future to Believe In,” he was none too pleased given his well-known hatred of groups that skirt campaign finance limits. So, they changed the name.

The group will now be known as America’s Promise PAC. The change was filed with the Federal Election Commission on Tuesday.

“We wanted to be as clear as possible that there is no association between the PAC and the senator,” super PAC head and Sanders adviser Jeff Weaver told VICE News.

Weaver launched the group in late April with a number of other Sanders alumni shortly after Sanders dropped out of the presidential race and endorsed Joe Biden. Their stated goal: To help elect Joe Biden to the presidency while pushing his policies to the left.

But Sanders has also spent the better part of his career crusading against “the millionaires and billionaires” looking to buy political power — and had a particular ire for super PACs, which can accept unlimited sums from individuals and corporations. Sanders hammered his opponents for taking help from super PACs during the 2016 and 2020 primaries. And by all accounts, he was rather furious when he found out some of his top advisers had decided to move ahead with one.

“The senator was informed about the creation of the super PAC before the paperwork was filed, and he was not happy about it,” Sanders political spokesman Mike Casca told VICE News.

“He didn’t authorize it, he doesn’t like Super PACs and doesn’t want it to exist.”

“He didn’t authorize it, he doesn’t like Super PACs and doesn’t want it to exist,” said one senior former Sanders staffer familiar with Sanders’ feelings about the group. “Bernie’s pissed off,” said another.

The organization has made it clear from the start that it didn’t have Sanders’ blessing. But plenty of other former Sanders staff are on board anyways, including former digital fundraising director Tim Tagaris, senior adviser Chuck Rocha, Sanders 2020 Treasurer Lora Haggard, former California state coordinator Shelli Jackson and former Sanders deputy communications director Sarah Ford.

Weaver declined to discuss the details of his conversations with Sanders, but was quick to admit his old boss wasn’t thrilled that he was creating a super PAC.

“Certainly he did not agree with the use of this particular vehicle as a means to the end which we both hope happens, which is the election of Joe Biden and defeat of Donald Trump,” he said.

“In this short amount of time given, the demands on people’s money, it’d be very difficult to mount this effort in an effective way” by creating a traditional PAC rather than a super PAC, Weaver argued. “That’s just a fact. It’s not a fact I’m not happy about, but that is a fact.”

Weaver dismissed grumblings from critics that he might be looking to cash in with the group, saying no one had taken salaries yet from the organization, and “we’ll probably make at or less than what we made before.”

Weaver has been among Sanders’ closest advisers for decades. He first worked for Sanders in 1986, serving as his driver on Sanders’ unsuccessful gubernatorial campaign that year before working his way up to be Sanders’ campaign manager on numerous campaigns including his 2016 presidential run as well as chief of staff in his congressional office for years. He was a senior adviser on Sanders’ 2020 campaign, part of Sanders’ inner circle.

Weaver continues to serve as a Sanders adviser, and said he remains involved in helping Sanders identify down-ticket candidates to endorse as well as legal fights like Sanders’ push to force New York to hold a Democratic primary.

But while Weaver had long played a top role in Sanders’ decision-making inner circle, he’s now serving in a more limited capacity, partly due to legal constraints — he can’t legally coordinate with or advise Sanders on any activities that overlap with his work for the super PAC.

Weaver had initially been involved alongside former Sanders Campaign Manager Faiz Shakir in negotiating the creation of six working groups between Sanders and Biden on key policy issues. But his involvement with the Biden-Sanders negotiations ended when he launched the super PAC, and Shakir finished the negotiations with other Sanders staff, chief among them former Sanders National Political Director Analilia Mejia. The groups’ members were announced on Wednesday.

Casca, Sanders’ spokesman, said Weaver is still serving as a Sanders consultant but “is no longer involved” in Sanders’ work with Biden.

This isn’t the first time a Weaver group has gotten off to a rocky start, partly because he sought unlimited funds. When Weaver was named the head of the pro-Sanders Our Revolution after Sanders’ 2016 campaign, more than half the staff resigned in protest — partly over personal differences but also because he’d decided to push for a large independent expenditure effort to power the organization rather than focus on small-dollar donations. Both Our Revolution and this new group can take unlimited contributions, though the new super PAC America’s Promise will eventually be required to disclose its donors, unlike Our Revolution.

Weaver said he hopes to raise millions, if not tens of millions, from large donors to target Sanders voters in key states to help encourage them to back Biden and defeat Trump. Arizona, Michigan and Wisconsin are at the top of the list, and if the group raises enough money to expand its efforts, he said Maine’s second congressional district (the state assigns its electoral college vote by district) and North Carolina are potential future targets.

Jeff Bezos Could Be the World’s First Trillionaire, and the Overwhelming Response Is ‘Thanks I Hate It’