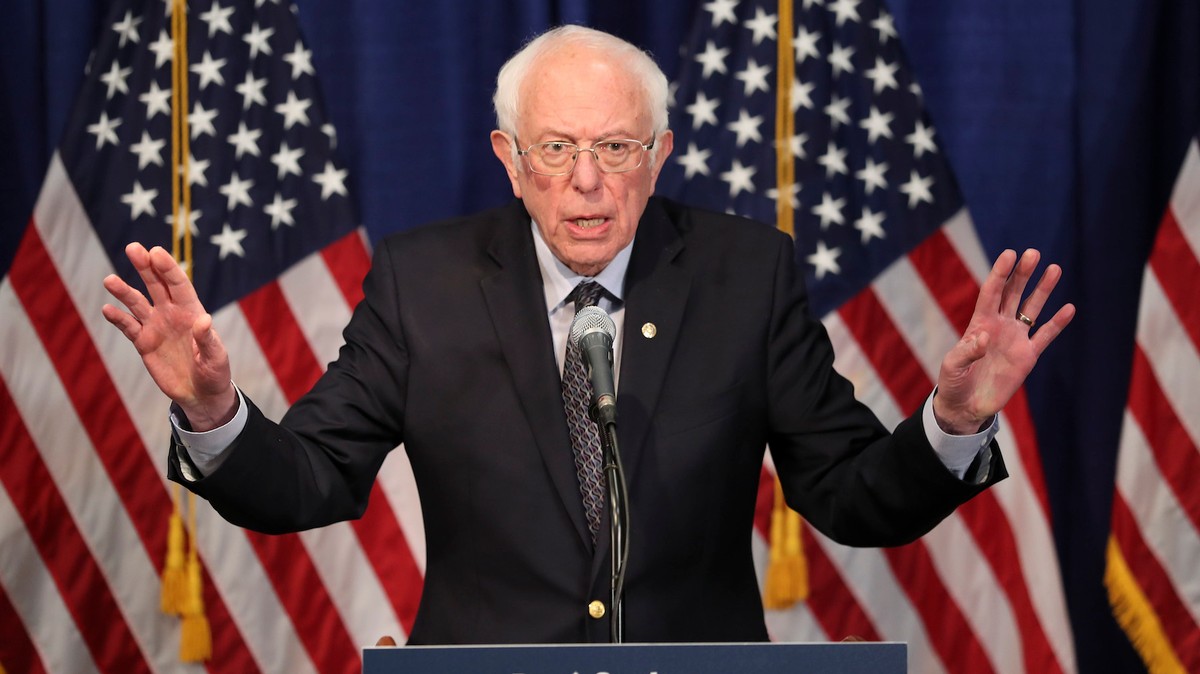 WASHINGTON — Bernie Sanders is down — but not out. At least not yet.

A night after another spate of brutal primary results, Sanders admitted the elections hadn’t gone how he’d hoped and that Joe Biden was favored to win the Democratic nomination. But he made clear that he planned to stay in the race for now — at least through Sunday’s debate.

“We are losing the debate over electability,” Sanders admitted. “Needless to say I strongly disagree with that assertion but that is what millions of democrats and independents today believe. On Sunday I very much look forward to the debate in Arizona with my friend Joe Biden.”

Sanders’ speech comes after another bruising Tuesday where he dramatically underperformed his 2016 numbers and fell further behind Joe Biden in the delegate count. After going all-in on Michigan, which he’d won in 2016, Sanders lost the state by 13 points. Things were even worse in Missouri: He lost by 25 points, after losing the state by just three tenths of a point four years ago. In Mississippi, it appears that he even failed to reach the 15% threshold necessary to win statewide delegates. He lost Idaho, a small state he’d easily carried four years ago which switched from a caucus to a primary. He won tiny North Dakota and has a slight lead in Washington, with votes still being counted — but even if he wins there it won’t do much to offset the major losses elsewhere in the delegate fight.

Sanders essentially conceded that Biden will win the nomination if things don’t change dramatically. But he argued that polls and exit polls showed that more Democrats agreed with his policy positions and pointed out that in spite of his losses he continued to win young voters by wide margins.

And he promised to use Sunday’s debate in Phoenix to push Biden on a number of policy issues, from whether he’d be aggressive enough in fighting global warming to his recent comments that he’d veto a Medicare for All bill if it somehow made its way through Congress (something that would never happen). He said he’d also push Biden on college affordability, criminal justice reform, childhood poverty and immigration reform.