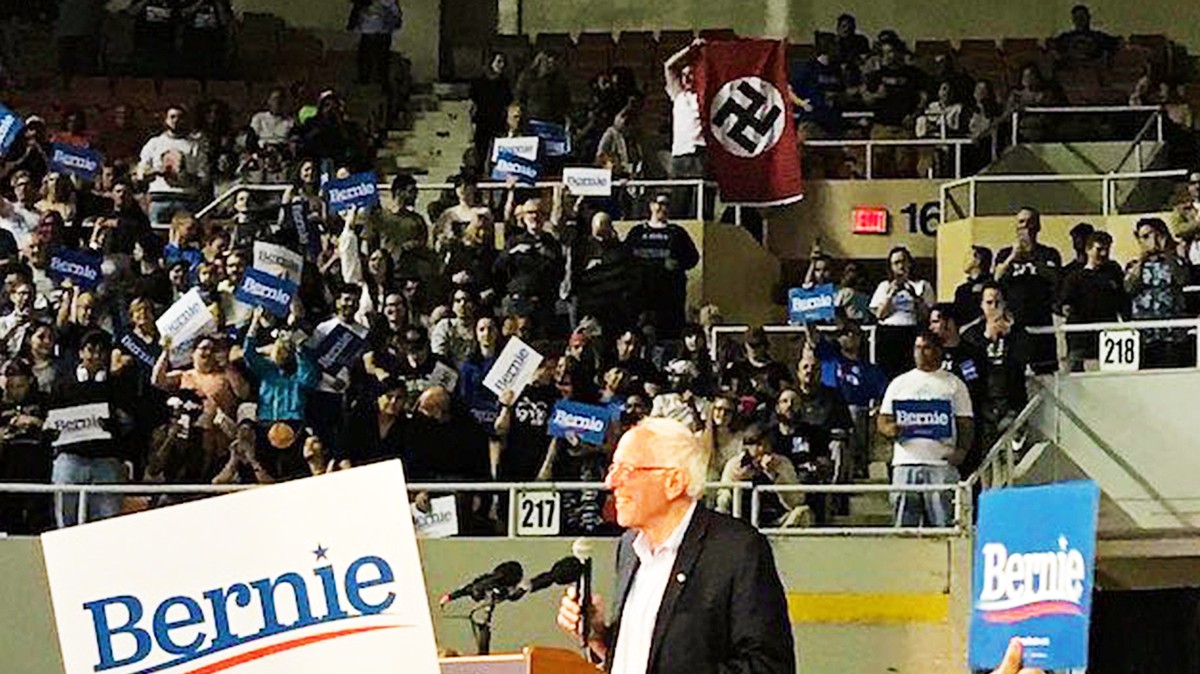 A man who thought it was cool to unfurl a Nazi flag in the middle of a Bernie Sanders rally in Pheonix Thursday night met with a quick rebuttal and an escort out.

Video from the event shows Sanders addressing the enthusiastic crowd at the Veterans Memorial Coliseum, ahead of Arizona’s Democratic primary March 17. The cheers quickly shift to boos as the unidentified man sitting high up in the stands unfurls a large, red, swastika-emblazoned flag and drapes it over the railing.

The crowd motioned to Sanders to look over his shoulder, but the flag was quickly snatched down by other attendees in the seats below — one of whom actually stomped on it — and the man was removed from the venue.

“Whoever it was, I think they’re a little outnumbered tonight,” Sanders quipped shortly after the scuffle.

The incident shocked Democrats and Bernie supporters and raised questions about the candidate’s safety and need for beefed-up security detail while on the campaign trail.

“It was absolutely wild,” national surrogate for the Sanders campaign Brianna Westbrook told the Washington Post. “I never thought I would have seen a swastika at a political event. It’s gross.”