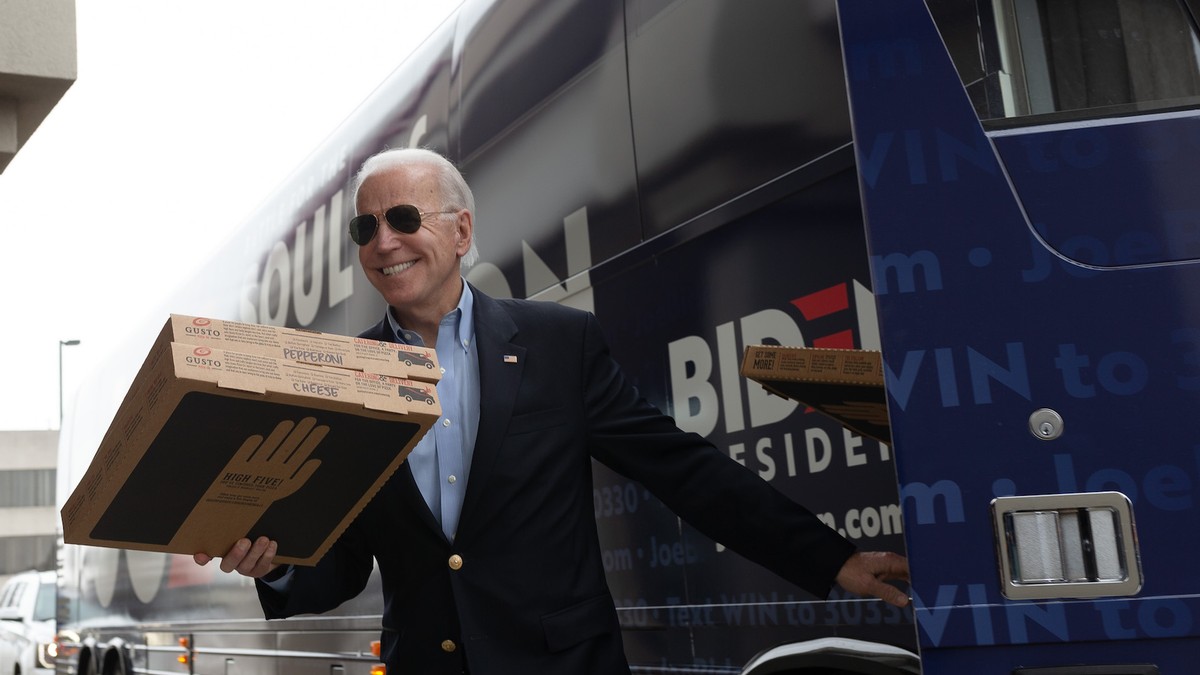 DES MOINES — The biggest storyline from Iowa may end up being about the moderates who took down Joe Biden.

The former vice president was the front-runner going into the Democratic primary, leading nationally, in Iowa and across other early-voting states. That would make a fourth place or otherwise lackluster result in the Monday caucuses all the more devastating to a campaign pitched on the theory of electability.

“He’s a great guy, a great patriot, a great ambassador for our country, and I just don’t think he has the chops anymore,” said Val Horvat, a Bettendorf, Iowa, native.

Horvat, 62, was at a rally for Sen. Amy Klobuchar in her hometown with her friend Kitty McAndrews, both trying to make up their minds between the Minnesota senator and former South Bend Mayor Pete Buttigieg. They were looking for a moderate candidate who can win — but they’d ruled out Biden entirely.

“Joe bumbles too much. I think Trump would chew him up,” she added.

READ: Bernie might win Iowa — and the Democratic Establishment Is in Freak-Out Mode

Meanwhile, Klobuchar, Buttigieg, and a cast of tertiary candidates methodically wooed people who would otherwise be Biden die-hards, especially in places like Bettendorf and other less populous or rural areas of the state where Biden’s centrist message resonates.

Linda McCoy, a retired office worker from Cedar Rapids, said Biden had been at the top of her list, but after seeing Klobuchar speak on Sunday, she was “leaning pretty close to this gal.” The appeal of a younger candidate who still scratches her itch for a center-left nominee paired with attacks from Republicans about Hunter Biden’s job on the board of a Ukranian gas company made her second-guess her former No. 1.

“Part of it is an age issue. I’ve heard that he will not run for a second term. We don’t want to have to do this again in four years,” she said. “And I don’t know, you know, there’s been so much negative press against Biden that he may never make the cut.”

The dispersion of moderate-minded votes across several candidates has led to what could be an indecipherable bunch-up for second, third and fourth place — or worse yet, a clear loss for Biden. Sen. Bernie Sanders, meanwhile, has in many ways consolidated a bloc of progressive support that has lifted him to first place in most of the recent polls.

READ: What happens if nobody wins Iowa?

Biden’s team has been trying to make the argument that those worried about a Sanders victory should consolidate behind Biden. In some cases, it has worked: They’ve recruited a group of former Beto O’Rourke supporters, for instance, who jokingly call themselves the “Cauc Blockers,” and go door-to-door for Biden to try to stop Sanders’ momentum.

But for many others, it’s clear that argument hasn’t worked.

Susan Webster, a Des Moines-based retiree, appeared in a Super PAC-funded an attack ad airing in Iowa that questioned whether Sanders’ positions were too extreme and whether his recent heart attack should make him unelectable. But she’d committed to caucus for Klobuchar and was considering an alliance with Steyer voters where they band together behind just one of the two in each precinct so they can get enough support to walk away with some delegates in at least one precinct each.