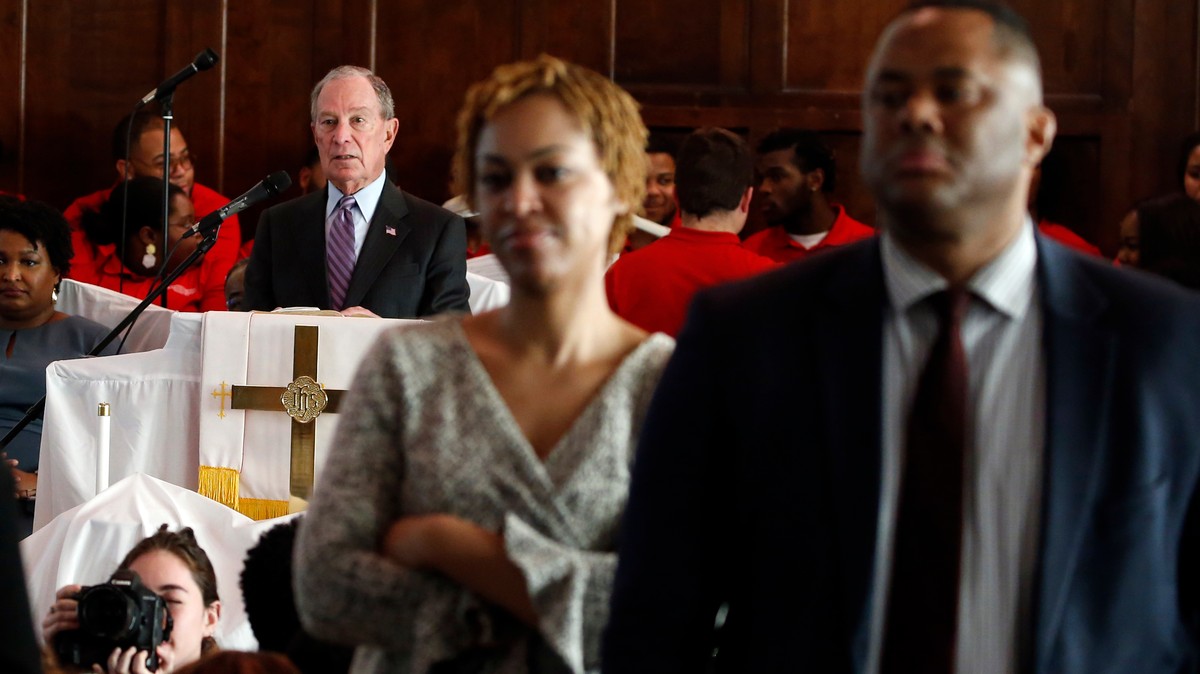 SELMA, Alabama — Black activists turned their backs on him in church. African American leaders said they don’t trust him. Others in the crowd just plain didn’t know him.

A choppy Southern swing for former New York City Mayor Mike Bloomberg over the weekend doesn’t bode well for his Super Tuesday showing with African American voters, a crucial voting bloc in states where Bloomberg will have to do well to justify his continued existence in the hunt for the 2020 presidential nomination.

As voters go to the polls in Alabama, Tennessee, South Carolina, and Arkansas, the question is whether Bloomberg has made enough inroads with Southern black voters to mount a serious challenge to former Vice President Joe Biden.

Martin Luther King III praised Bloomberg’s work on climate and gun violence prevention, an issue that they’ve worked on together. But King also said he hasn’t done enough to gain the trust of black voters still angry over his stop-and-frisk policing policy during his mayoral tenure, which disproportionately hit the black community. He did make a statement apologizing for it, but not until February.

“There’s anger and hostility,” King told VICE News. “Stop and frisk is going to come up, and he’s going to have to find an answer for that or else he’s not he’s not gonna be able to get much support from the black community.”

“I think it’s just an insult for him to come here.”

The hostile and sometimes awkward reception was on display during a pre-march church service at the historic Brown Chapel AME Church in Selma on Sunday. Rev. Leodis Strong, the church’s pastor, welcomed Bloomberg onto the stage by telling the crowd the former mayor was initially too busy to accept his invitation to attend the service. Nevertheless, Strong asked the crowd to hear Bloomberg out and noted that his very presence showed a capacity to change.

During the speech, a handful of attendees stood up from the pews, turned their backs, and remained that way until Bloomberg left the stage.

Lisa Brown, one of the protesters who’d traveled from her home in Los Angeles, said she wanted the former mayor to know that she resents his attempt to swoop into the race late and buy the presidency.

“I think it’s just an insult for him to come here,” Brown told VICE News. “He doesn’t have enough respect to take the time and campaign the way that he should, and he’s only there because he can afford to be there.”

Bloomberg spokesman Michael Frazier responded that “there are few who have done more for the black community than Mike,” and touted his record as mayor and as a philanthropist.

“The great thing about this country is that you have the right to speak your mind, or in this case, silently protest,” he said. “Voters have a chance to have their voices heard today, and we feel good about the case Mike has made for rebuilding this country.”