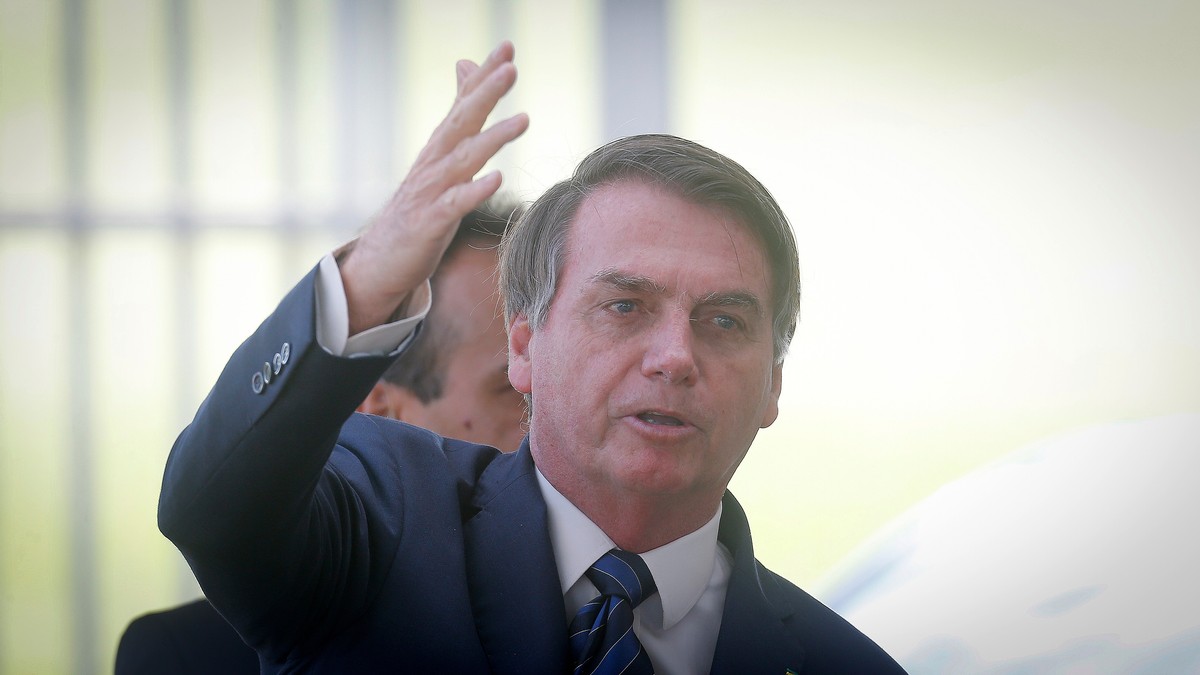 The sacking of the popular health minister, who had criticized Bolsonaro for undermining social distancing measures, has deepened concerns among Brazilians about the president’s unscientific approach to the pandemic. In protest, Brazilians banged pots on their balconies, and a senior lawmaker resigned from the senate.

Meanwhile, former president Luiz Inácio Lula da Silva branded the populist leader a “troglodyte” who was “trying to lead society to the slaughterhouse” in an interview with The Guardian Friday.

In televised remarks discussing the health minister’s departure, Bolsonaro implicitly criticized Mandetta’s support for the continuation of lockdown restrictions that started last month, and renewed his calls for Brazilians to return to work to protect the economy.

“We need to return to normal, not as fast as possible, but we need to start having some flexibility,” he said. “The impoverished masses cannot stay stuck at home.”

With more than 30,000 confirmed cases and nearly 2,000 deaths, Brazil is battling the second biggest coronavirus outbreak in the Americas, one that’s not predicted to peak for weeks. Yet Bolsonaro, a brash populist known for his unscientific approach to climate and environmental issues, has consistently sought to downplay the threat of the virus, which he has described as “a little flu.”

READ: Bolsonaro is spreading conspiracy theories about the Amazon fires

He’s repeatedly denounced fears over the virus as “hysteria,” pushed unproven treatments like the antimalarial drug hydroxychloroquine, and claimed his athletic prowess would protect him if he were infected.

While state governors around the country have imposed social distancing measures, backed by the federal health ministry, Bolsonaro has called for an end to the lockdown, and even publicly breached the restrictions himself. During a visit to a clinic outside Brasilia last weekend, he walked into a crowd, took off his mask, and reached out his hand for a supporter to kiss.

“No one will hinder my right to come and go,” he said, shortly after shaking hands with a member of the public. “The virus is out there and we will have to face it, but like men, damn it, not kids.”

On Sunday, Mandetta gave a television interview in which he criticized Bolsonaro’s approach, saying: “Brazilians don’t know whether they should listen to their health minister or to their president.”

READ: All the people who may have exposed Trump to coronavirus

“[Bolsonaro] has shown he has very little tolerance for dissent or criticism,” he said.

Mandetta’s departure had fuelled fears among Brazilians of a disastrous drift further away from a science-led response to the pandemic under Bolsonaro’s leadership, Sabatini said.

“The standard has been set that if you want to keep your job, you’ll either have to keep your mouth shut or parrot unscientific approaches.”

Mandetta’s replacement, Nelson Teich, said there would not be any “sudden changes” in policy, but stressed there is “complete alignment between me and the president.”

Right-wing Senator Major Olimpio predicted, in a video posted on social media, that Teich wouldn’t last long in the role if he continued to advocate for social distancing measures, in line with the prevailing public health opinion.

“Teich has defended social distancing. If he persists in this, he will have serious problems with President Bolsonaro and won’t last 30 days in office, or he will have to tear up his degree and contradict the entire global scientific community,” he said.

While Bolsonaro has claimed his anti-lockdown stance is to protect the country’s working poor, it hasn’t proved popular with ordinary Brazilians. A survey by polling company Datafolha found more than three-quarters rated the performance of the Healthy Ministry under Mandetta as good or great, while just a third gave Bolsonaro the same ratings.

READ: Bolsonaro says he won’t save the Amazon unless he gets an apology from Macron

His approach has alarmed state governors from across the political spectrum, and even sparked calls for his impeachment. On Friday, former Brazilian president Lula told The Guardian that impeachment was a possibility if Bolsonaro continued with his irresponsible approach to the pandemic.

“Unfortunately I fear Brazil is going to suffer a great deal because of Bolsonaro’s recklessness,” he said.

“If Bolsonaro continues to commit crimes of responsibility … [and] trying to lead society to the slaughterhouse — which is what he is doing — I think the institutions will need to find a way of sorting Bolsonaro out. And that will mean you’ll need to have an impeachment.”

Cover: Brazilian President Jair Bolsonaro speaks to the supporters in the outside of the Palacio da Alvorada, in BrasÃ­lia, Brazil, on April 13, 2020. PHOTO: DIDA SAMPAIO/ESTADAO CONTEUDO (Agencia Estado via AP Images)