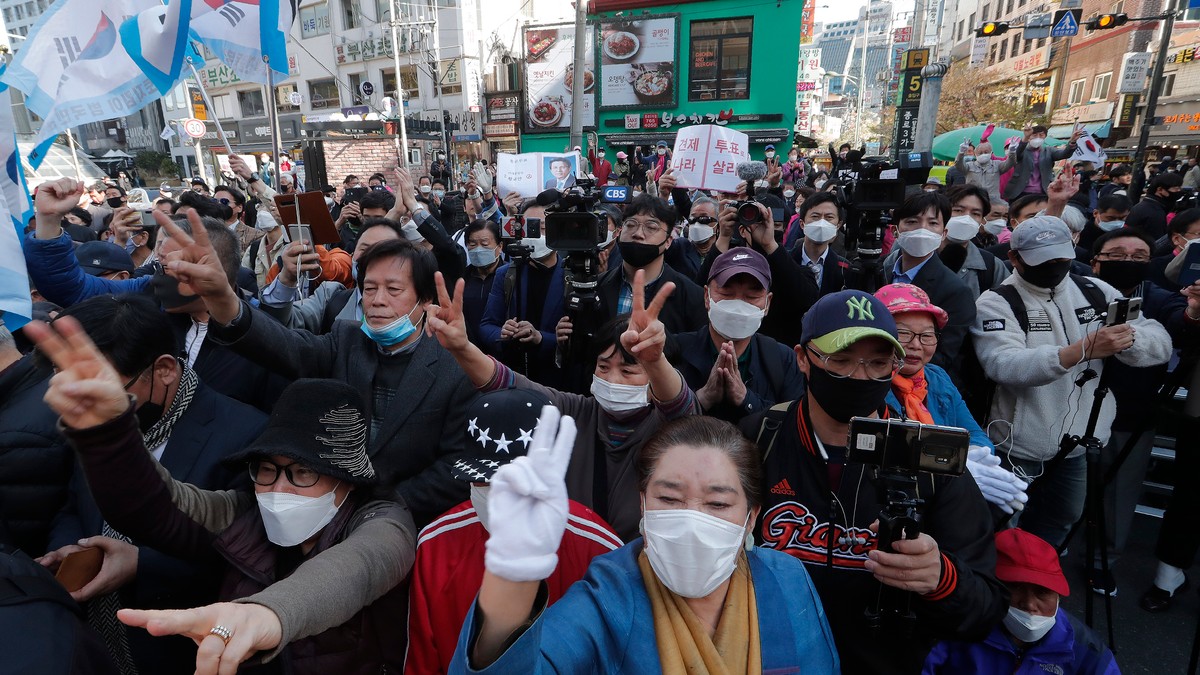 The South Korean government says that more than a hundred people have tested positive for the coronavirus a second time. And the World Health Organization is investigating to see what’s really happening.

It could indicate that people don’t necessarily build up immunity to the virus after they’ve had it. It’s not totally clear yet that the patients in South Korea that tested positive again have been reinfected; it may be that the virus is instead “reactivating,” and the patients are experiencing something more like a relapse than a second case. The WHO told multiple news outlets that it’s aware of 116 patients in South Korea who seem to have tested positive for the virus after previously testing negative, and is looking into it.

In China, too, people have gotten the virus, recovered, tested negative — and then tested positive again.

The WHO also indicated that this could just all be the upshot of a testing screw-up. “It is important to make sure that when samples are collected for testing on suspected patients, procedures are followed properly,” the WHO said in a statement to The Hill.

As South Korea and the world begin to recover from the pandemic, it’s a key question whether people can be reinfected and whether they’re developing immunity after recovering from COVID-19. That could determine whether they can return to their lives as normal.

If people who’ve had the virus are in fact getting it a second time, that could mean that we’ll all be practicing social distancing for way longer than we hope to.

South Korea, which saw its first case of the coronavirus on the same day the U.S. did, has managed to successfully fight back the spread of the virus thanks to aggressive testing and social distancing restrictions. There were only 25 new cases confirmed in South Korea on Sunday, while the U.S. confirmed more than 25,000 new cases the same day.

Now that the curve has flattened in South Korea, Prime Minister Chung Sye-kyun is cautiously mulling whether to start easing social distancing rules. “We need a very cautious approach because any premature easing of social distancing could bring irreversible consequences, and have to ponder deeply about when and how we switch to the new system,” he said, according to Reuters. The country plans to have in-person voting for parliamentary elections on Wednesday, despite concerns about the virus. Voters’ temperatures will be taken before they’re allowed to vote, and will be escorted to a separate polling place if they’re running a fever, according to the New York Times.

With most common viruses, once patients recover, they build up antibodies, proteins in the bloodstream that attack pathogens and are the source of immunity. The prevailing theory among public health experts is that once a person has recovered from COVID-19, they’ll be immune to it, at least for a time.

And already, the first wave of people in the U.S. who’ve recovered from the coronavirus in the U.S. are already starting to live their lives as they did before the pandemic. They’re touching doorknobs without immediately sanitizing their hands and hugging each other. Doctors who’ve recovered are picking up shifts off their sick co-workers, according to the New York Times.

But there are tons of questions about immunity to the coronavirus that still need to be answered. Experts still don’t know how long immunity could last, or how much time needs to pass after recovery before a person stops being contagious.

And there’s some evidence emerging that this virus might be able to reinfect people.

The preliminary results of a study examining the blood of 175 recovered coronavirus patients in Shanghai found remarkably low antibody counts, according to the South China Morning Post. That could indicate that, even after they’ve recovered, patients aren’t necessarily building up defenses against reinfection.

Even so, the antibodies that are present in the blood of people who’ve recovered from the virus are being studied to try to develop vaccines or treatments for the coronavirus. Some of the new therapies tentatively look like they could be effective.

President Donald Trump, for his part, floated the idea of simply allowing people in the U.S. to become infected with the virus in order to build up population-wide immunity, according to the Washington Post, even as many questions about immunity to the coronavirus remain unanswered.

Cover: People wearing face masks to help protect against the spread of the new coronavirus listen to a speech of the main opposition United Future Party’s candidate Hwang Kyo-ahn during his campaign for the upcoming parliamentary election in Seoul, Monday, April 13, 2020. The elections will be held on April 15 about 14,300 polling stations at all over the nation to pick lawmakers. (AP Photo/Ahn Young-joon)

Grocery Workers Keep Dying From Coronavirus: ‘We Don’t Have a Choice’