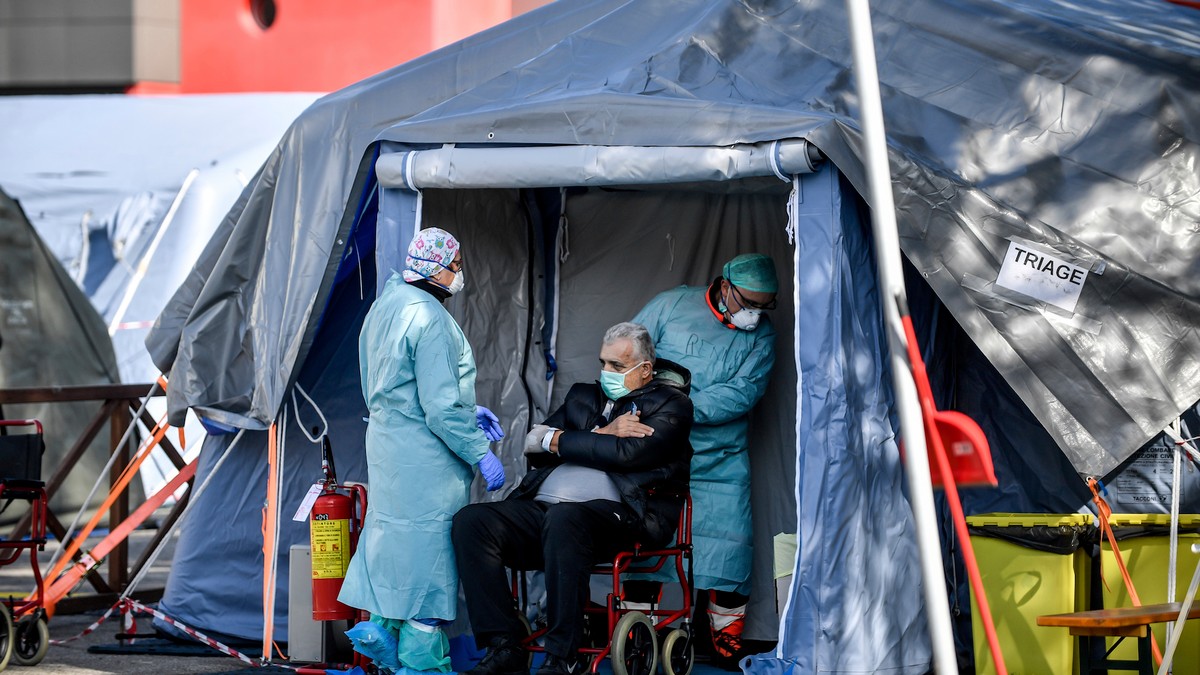 Since COVID-19 first emerged in Wuhan in December, more than 3,100 people have died of the virus across China. But now that new infections are tapering off, Beijing is sending doctors to Europe.

A plane carrying a team of specialist doctors and medical equipment left China for Italy Wednesday, where the health system is under unprecedented strain from the spiraling coronavirus outbreak. Chinese Foreign Ministry spokeswoman Hua Chunying tweeted that the team of medical experts were “ready to share their experience.”

Italian Foreign Minister Luigi Di Maio announced the incoming deployment Tuesday night following a phone call with Chinese counterpart Wang Yi. He said that China was sending “specialist doctors who faced the first peak of the coronavirus” to help deal with the surge of new patients in Italy, where 10,149 people have tested positive.

READ: Coronavirus has Italy’s hospitals on the brink of collapse

“Our doctors don’t need anyone to teach them their job, but the Chinese doctors were the first [to deal with the virus] and they can bring their experience,” he told RAI television.

The Chinese deployment reflects the shifting frontlines of the global COVID-19 epidemic, as new infections plateau in China, they’re soaring in Europe. Beijing officials have declared their outbreak “basically curbed,” and reported only 24 new cases on Wednesday, a day after Premier Xi Jinping made his first visit to Wuhan as a confidence-building measure.

By contrast, the death toll rose by 168 in Italy to 631 Tuesday, while 977 new cases were confirmed. In northern Italy, the center of the Italian outbreak, hospitals are under intense strain due to the high number of hospitalizations and cases requiring intensive care, leading to warnings of a collapse of the healthcare system if infection numbers continue to soar.

Doctors say the new equipment is urgently needed amid the sudden influx of new patients. In a widely shared Facebook post, Daniele Macchini, an intensive care physician at the Humanitas Gavazzeni hospital in the badly hit city of Bergamo, described ventilators as “like gold” amid the surge of patients with severe respiratory difficulties.

Elisabetta Groppelli, a virologist and lecturer in public health at St. George’s, University of London, told VICE News that the incoming equipment would be valuable in helping Italian health authorities respond to the crisis, alongside other strategies.

“The bottlenecks of this outbreak are hospitalization in general and intensive care, so to increase capacity, equipment must be purchased,” she said. “Given that symptoms and complications of COVID-19 are respiratory, an increase in ventilators is of great help.”

Neither government has given specifics on the size or specific expertise of the Chinese medical team, but some reports say that it will consist of five people.

“Given the small number, a mix of clinical, operational, diagnostics, and logistics would be of great value to Italian authorities to inform practice,” said Groppelli.

READ: Doctors are still dying in Wuhan and Beijing keeps trying to silence them

Further support was sent from China to Italy Wednesday in the form of a cargo plane laden with protective gear donated by people in the eastern province of Zhejiang for people of Chinese descent in Italy.

The plane carried nearly 4 million pieces of protective equipment, including disposable and medical-grade masks, goggles, gloves and other items of clothing, destined for the more than 300,000 with ancestral ties to Zhejiang who live in Italy.

“Overseas Chinese are now in difficulty, and their relatives in the motherland should give them the utmost support,” said Zhang Weiren, vice-chairman of the Zhejiang Federation of Returned Overseas Chinese, according to Chinese state media.

Groppelli said that despite the support being sent to Italy, China’s own fight against the virus — in which almost three-fourths of China’s more than 80,000 patients have recovered — was not over.

“The situation there has certainly been improving, but China is not completely out of the woods,” she said. “The temporary hospitals are not in use any more, but the mandatory quarantine for travellers from countries with high numbers of cases suggests that China is aware that the situation could revert back, and therefore remains highly vigilant.”

Cover: An elderly patient is attended in one of the emergency structures that were set up to ease procedures outside the hospital of Brescia, Northern Italy, Tuesday, March 10, 2020. (Claudio Furlan/LaPresse via AP)