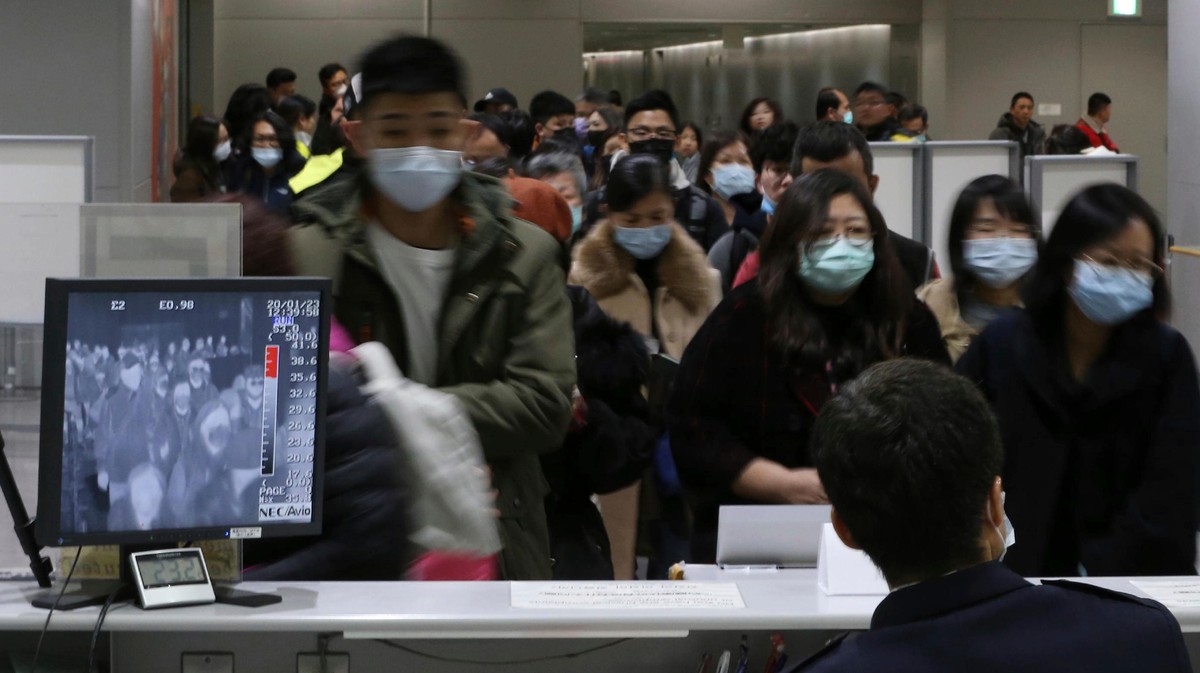 Chinese authorities, scrambling to shut down the spread of the deadly coronavirus, have taken an extraordinary step: they’ve cancelled this weekend’s Lunar New Year celebrations in the capital Beijing.

Chinese New Year festivities, which see the largest annual migration of people anywhere in the world, are due to kick off from Saturday, but in Beijing, authorities have decided that there will be no public events to mark the holiday.

“In order to control the epidemic, protect people’s lives and health, reduce the mass gathering and ensure people to have a harmonious and peaceful Spring Festival, it is decided to cancel all the large-scale events, including temple fairs, in Beijing as of today,” a statement from the governmental Beijing Culture and Tourism Bureau, said Thursday. “Citizens shall strengthen the preventative measures and support the decision.”

The extraordinary move was announced as the number of reported infections spiked once again to 631, with the death toll at 17.

Similarly drastic measures are being taken elsewhere in the country. Hours after officials announced they had virtually closed off the city of Wuhan — the epicenter of the outbreak — they also announced that two other central Chinese cities would be effectively locked down.

Trains in and out of Huanggang, which is 45 miles from Wuhan and has a population of 7.5 million, will be suspended until further notice, and all cars will be checked, the city’s authorities said.

Huanggang’s central market will also be closed, along with entertainment venues, public halls, bars, and cinemas.

READ: China just quarantined the city at the heart of the new coronavirus outbreak

In Ezhou, 30 miles from Wuhan with a population of over one million, authorities said the train station will also be shut down — though so far no other measures have been announced.

The moves come as the World Health Organization meets for a second consecutive day in Geneva to determine whether the outbreak in China represents an international public health emergency. The committee is scheduled to announce its decision at 1 pm ET on Thursday.

Speaking about the decision to lock down an entire city, the WHO said it was unclear if the measure would work.

“To my knowledge, trying to contain a city of 11 million people is new to science,” Gauden Galea, the World Health Organization’s representative in China, told AP. “It has not been tried before as a public health measure, so we cannot at this stage say it will or will not work.”

“To my knowledge, trying to contain a city of 11 million people is new to science.”

“We are now seeing second and third generation spread,” David Heymann, the chairperson of a WHO committee that is gathering data on the virus, told CNN.

Experts initially believed close contact, such as kissing and hugging was needed to spread the virus, but Heymann said evidence now suggests that more distant contact, like coughing or sneezing close to someone else’s face, could spread it as well.

He added there was no evidence at the moment that the virus was airborne.

While the majority of infections have been reported in Wuhan, there is a growing number of cases in other parts of China, as well as outside the country. The U.S., Thailand, Japan, Macau, Taiwan and South Korea have all confirmed cases so far.

Of the new cases reported by Chinese officials on Thursday, eight were in Beijing, while Shaanxi Province in northwestern China and the Xinjiang Autonomous Region confirmed their first cases.

In a bid to stop the virus spreading, airports around the world have installed measures to monitor passengers coming from Wuhan.

But Chinese authorities have cautioned all citizens to stop trying to evade these checks at airports, saying that it “attaches great importance” to the measures being put in place by travel authorities around the world.

The warning came after one woman from Wuhan took medicine to bring down her temperature to avoid detection as she boarded a flight to France, where she dined at a Michelin-starred restaurant.

The woman was heavily criticized for her actions after she posted photos and details of her trip on WeChat. On Wednesday night the Chinese embassy in France responded with a warning and asked the woman to contact their emergency phone number.

Cover: Passengers from overseas are checked by thermography device at Kansai Airport in Osaka Prefecture on Jan. 23, 2020, prior to China’s Lunar New Year holiday. A total approximately 3 billion Chinese people travel around the nation and visit overseas during the holiday. (The Yomiuri Shimbun via AP Images)

“They Said That We Were Pussies:” The Psychologist Who Tortured Accused 9/11 Plotters Says the CIA Wouldn’t Let Him Stop