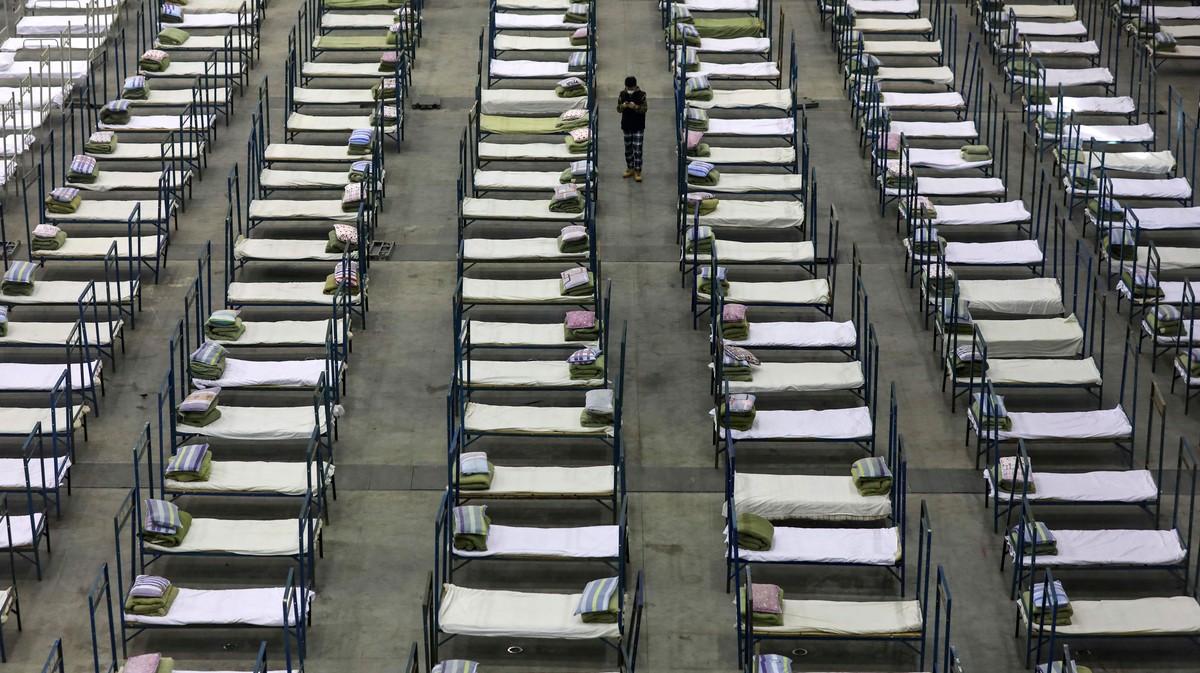 Chinese authorities knew that coronavirus could pass from human to human for at least six days before it told the world, according to internal documents leaked to AP.

During those six days, at least 3,000 more people were infected and tens of thousands of people gathered for a mass banquet in Wuhan, the epicenter of the outbreak in China.

The revelations will make it much more difficult for Chinese President Xi Jinping and his government to claim they were open and transparent in their sharing of information about the outbreak.

At the time, Beijing had already sought to silence doctors in Wuhan who were trying to raise the alarm about the outbreak in the central Chinese city, and the government was claiming there was no evidence of human-to-human transmission.

In a memo prepared after the teleconference, and obtained by AP, Ma outlines the “sober understanding of the situation” including the fact that “clustered cases suggest that human-to-human transmission is possible.”

“The epidemic situation is still severe and complex, the most severe challenge since SARS in 2003, and is likely to develop into a major public health event,” the memo cites Ma as saying.

A 63-page instruction manual distributed to the regional officials laid out guidelines for how to deal with the outbreak. The document was for internal use only, marked “not to be spread on the internet,” and “not to be publicly disclosed.”

At the time the conference took place, official figures claimed China had just 41 confirmed cases. But Ma was already referring to the outbreak as a pandemic — a designation the World Health Organization wouldn’t make until almost two months later, on March 11.

“With the coming of the Spring Festival, many people will be traveling, and the risk of transmission and spread is high,” the memo continued. “All localities must prepare for and respond to a pandemic.”

Despite these warnings, Xi didn’t comment publicly on the outbreak for another six days, on Jan. 20, the same day that his government finally admitted human-to-human transmission was likely.

During that 6-day period, almost 3,000 people were infected, according to internal Chinese government documents seen by AP. The virus has since infected almost 2 million people and killed at least 126,000 globally.

While Beijing has consistently insisted that it has been open and transparent in sharing details of the outbreak with other governments and organizations in a timely manner, the evidence suggests otherwise.

On the day of the teleconference, the WHO tweeted this reassuring message:

The following day later, Jan. 15, the head of the China Center for Disease Control’s emergency center, told Chinese state television: “We have reached the latest understanding that the risk of sustained human-to-human transmission is low.”

READ: The Chinese government has convinced its citizens that the U.S. Army brought coronavirus to Wuhan

Xi issued his first public comments on the virus on Jan. 20, saying the outbreak “must be taken seriously. On the same day, leading Chinese epidemiologist, Zhong Nanshan, announced for the first time that the virus was transmissible from person to person on national television.

China then instigated what at the time was an unprecedented lockdown of tens of millions of people in Wuhan and across Hubei province. The government is now claiming victory over the coronavirus inside the country’s borders, though doubts persist over the accuracy of the official numbers Beijing is reporting to the WHO. Globally, however, the coronavirus continues to spread.

In recent weeks, Beijing has conducted a high-profile PR campaign to try and rewrite the history of the coronavirus, whitewashing its early missteps and cover-ups while promoting its efforts to help other countries tackle the pandemic with donations of medical supplies and money.

Cover: A worker walks among beds in a convention center that has been converted into a temporary hospital in Wuhan in central China’s Hubei Province, Tuesday, Feb. 4, 2020. (Chinatopix via AP)