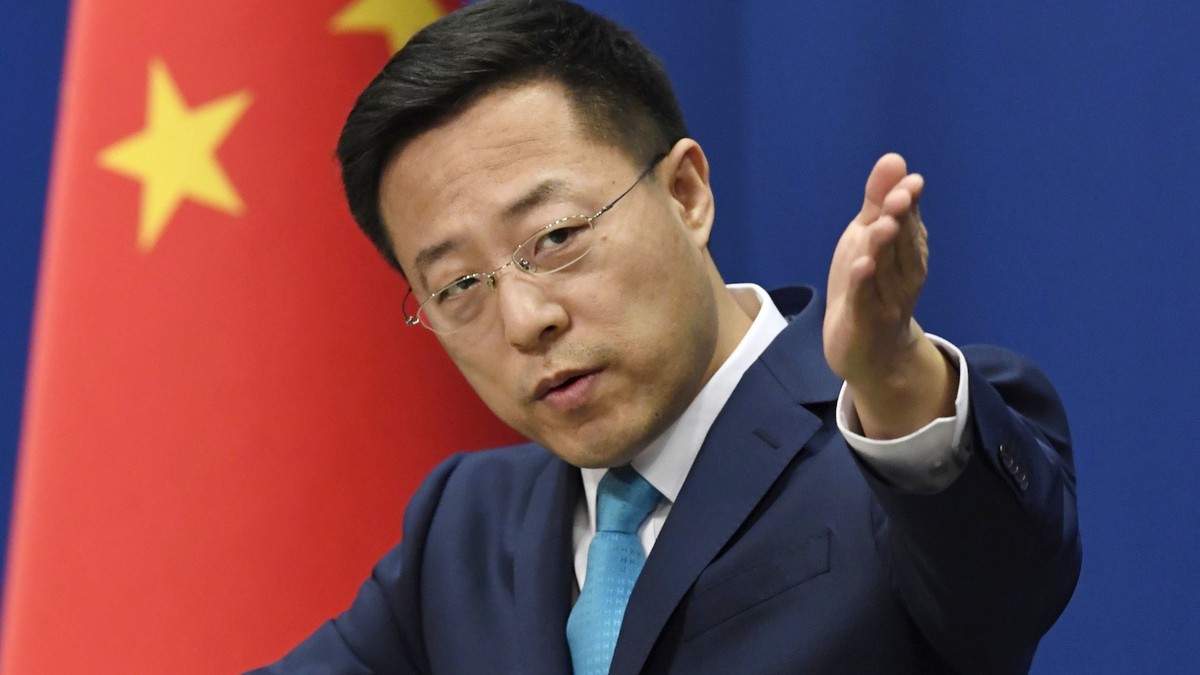 Just before midnight, on Sunday, June 9, last year, Zhang Jialong tweeted a picture of his one-day-old daughter lying in a hospital cot, wrapped in layers of pink.

“Every life is precious,” Zhang said.

That was Zhang’s final message on Twitter, but over two months later, on August 12, police arrived at his home in Guiyang, a city in central China, and arrested him.

Zhang’s crime, according to the prosecutor’s charge sheet, was tweeting “a great amount of false information that defamed the image” of the Chinese Communist Party (CCP) — tweets which included support for activists and issidents. This, according to authorities, “clearly” constituted the crime of “picking quarrels and provoking trouble” under Article 293 of China’s Criminal Law. Zhang faces a potential maximum five-year prison sentence.

Zhang, a former journalist, has been in pre-trial detention away from his wife and daughter since last August before finally appearing before a judge Wednesday morning in a Beijing courthouse. Now he’s back in detention, awaiting a verdict and waiting to find out when he will hold his daughter again.

Twitter has been banned in China since 2009, blocked internally by the Great Firewall that screens out Western internet companies like Facebook, Google, and Yahoo. It has used posts on Twitter as a pretext for arrest to silence critics attempting to communicate with the outside world.

But at the same time, the Chinese Communist Party has given dozens of diplomats and government officials across the globe free reign to use the platform to attack enemies and defend Beijing’s actions, all while spreading propaganda, conspiracy theories, and disinformation. The number of official accounts has trebled in the last 12 months while activity on Twitter has shot up by 400%.

“While the Chinese government systematically denies Chinese people their right to express themselves freely on the internet, through the Great Firewall, censorship, and criminal prosecution, the government has aggressively used blocked Western social media platforms like Twitter to promote its propaganda and launch disinformation campaigns overseas,” Frances Eve, deputy director of research at the Network of Chinese Human Rights Defenders, said.

For years, China has pursued a singular goal on Western social media platforms.

But last year, something changed. As images of police brutally attacking unarmed demonstrators during the Hong Kong protests in November were shared widely on social media platforms across the globe, the Chinese government made a decision: It was time to fight back.

In December, as trade talks with the U.S. were ongoing and the Hong Kong protests continued, the foreign ministry issued a directive, asking its diplomats to show “fighting spirit” to counter international criticism of China.

“The CCP’s external propaganda messaging has been very aggressive since COVID-19, but this is a trend that has been going on since at least the Hong Kong protests,” Anne-Marie Brady, a Chinese politics expert at the Wilson Center, told VICE News, adding that she labels the technique “undiplomatic diplomacy.”

There are now more than 55 Chinese officials, diplomats, ministries, and embassies using Twitter, compared to less than 20 just over a year ago. There has been a 300% increase in official Chinese state Twitter accounts over the last year, with a fourfold increase in posts, according to research by the German Marshall Fund think tank.

Many of the more active Chinese officials on Twitter post hundreds of messages a week. And as criticism mounted in February and March over Beijing’s delayed response to the coronavirus outbreak and silencing of critics who sought to raise the alarm, China’s new diplomatic Twitter army went into overdrive.

A new cadre of officials widely known as “wolf warriors” — named after the hugely popular movies in which elite Chinese special forces take on American-led mercenaries — are leading the charge when it comes to fighting back against criticism of Beijing.

If there’s an alpha dog in China’s wolf warrior pack, then it is Lijian Zhao, a brash foreign affairs spokesman, who in March gave credence to a conspiracy theory that the U.S. Army imported coronavirus into Wuhan during the World Military Games in October.

Zhao’s account, which has 616,000 followers, is a mix of messages critical of the U.S. with posts about China’s “mask diplomacy” and close relationships with other countries around the world.

But Zhao is not alone: He’s been ably backed up by officials dotted across the globe.

In the Netherlands, ambassador Xu Hong accused President Donald Trump of being “full of racism.”

Officials have even taken to openly mocking Trump and some of his comments:

Ma Hui, an embassy official in London and one of the most prolific “wolf warriors,” recently tweeted that U.S. leaders were “despicable.”

But the Twitter attacks haven’t all been U.S.-centric. In India, the embassy said calls by the government in New Delhi for China to pay compensation were “ridiculous & eyeball-catching nonsense.”

But for the most part, Chinese officials have focused their attacks on the U.S.

The attacks became so obvious, in fact, that Republican Sen. Ben Sasse and Rep. Mike Gallagher wrote a letter to Twitter CEO Jack Dorsey in March urging him to ban CCP officials from the site.

The CCP was “waging a massive propaganda campaign to rewrite the history of COVID-19 and whitewash the Party’s lies to the Chinese people and the world,” they wrote.

But if Dorsey and Twitter were to ban Chinese officials for these actions, then the company would likely also have to ban a huge number of U.S. officials and lawmakers who regularly promote anti-Chinese propaganda and conspiracy theories — with President Trump among the most persistent offenders.

The U.S. State Department last week also accused Beijing of operating a network of 250,000 inauthentic Twitter accounts as part of its effort to boost the propaganda being shared by its officials.

However, the State Department has yet to provide conclusive proof of these claims, and Twitter told VICE News their review “shows no indication that these accounts are unduly deferential or supportive of Chinese positions and in certain instances are actually opposed.”

When asked if it would be making its entire data set publicly available, a State Department spokesperson declined to answer but said “all of the data that was used in producing this analysis is publicly available” and encouraged researchers to do their own investigations.

As Beijing’s officials continue their tit-for-tat war of words with Washington on Twitter with apparent impunity, Zhang is sitting in a prison cell, awaiting another day in court at some unknown time in the future when he will be sentenced.

Zhang is a former journalist who used to work for QQ.com, a site owned by Tencent, the Chinese tech giant that also operates the WeChat social network.

He was fired in 2014 after he met then U.S. Secretary of State John Kerry and asked him for help in tearing down China’s Great Firewall.

After that, Zhang ran a blog where he wrote about Chinese authorities’ crackdown on the internet and media. Having been a prolific tweeter, Zhang sent less than 200 tweets between 2016 and 2019, mainly “retweeting” or “liking” stories about human rights issues, politics, or history, including stories about detained activists or dissidents.

But Zhang is not unique in having his Twitter posts used against him.

A year ago, Sichuan police arrived at the door of activist Deng Chuanbin minutes after he sent a tweet that referenced the 30th anniversary of the Tiananmen Massacre. He has been in pre-trial detention ever since, also accused of “picking quarrels and provoking trouble.”

Earlier this year, VICE News spoke to one Twitter user based in Dongguan city, in China’s Pearl River Delta, who was summoned by police after he posted a seemingly innocuous reply to a tweet criticizing the Chinese government’s delayed response to the coronavirus outbreak.

In court on Wednesday, Zhang said his posts only expressed his own views and should be protected under freedom of speech. Outside the court however, his supporters were intercepted by the police and prevented from attending the hearing.

It is clear that in China, freedom of speech is entirely dependent on whether or not you agreed with the government.

“Zhang should be free and be able to watch his daughter grow up,” Eve said. “She deserves to grow up in a country where her father isn’t jailed for his speech.”