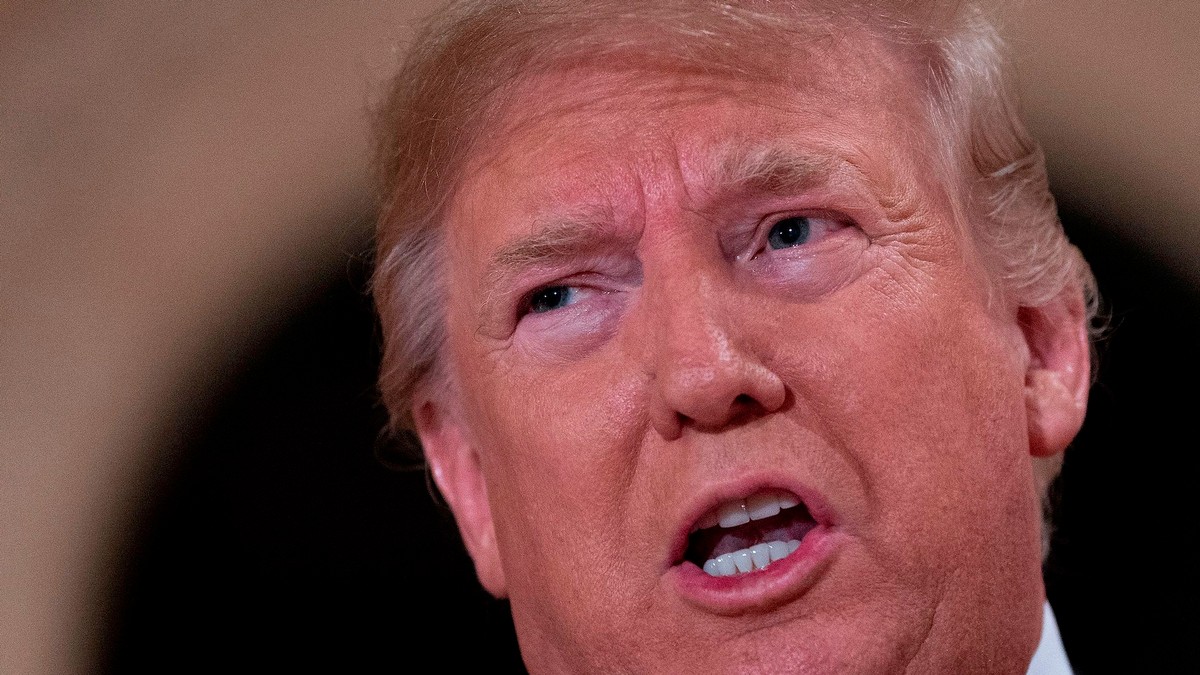 WASHINGTON — Hoping Congress will stop President Trump from stumbling into a war with Iran? Don’t hold your breath.

Democrats are making a push this week to keep Trump from backing into a war with Iran, including a war powers resolution that would limit his ability to attack the country and a separate measure to strip funding from military efforts.

The Democratic-controlled House will vote on a war powers resolution aimed at curtailing Trump’s powers in Iran this week, a vote that’ll likely sail through the chamber. Sen. Tim Kaine’s (D-Va.) push on the Senate side will at least get a vote after Jan.13, and Senate Majority Leader Mitch McConnell (R-Ky.) won’t be able to block it.

But even if Democrats win over some GOP senators on the measure, the best they can hope for is a moral victory of passing the bill through the Senate before Trump vetoes it.

All that effort is almost certain to fall short of actually constraining the president from doing just about whatever he wants abroad — just like every other congressional attempt to rein in the president on foreign affairs since the 9/11 terrorist attacks.

“Congress is really afraid of owning these wars, of taking a stand on these military actions,” said Jim Manley, a Democratic strategist and former senior adviser to then-Senate Majority Leader Harry Reid (D-Nev.).

Sen. Tim Kaine (D-Va.) has spent a half-decade on a push to modify the 2001 and 2002 authorizations of military force — the legal justification that presidents of both parties have used as a pretext to launch whatever military actions they see fit throughout the Middle East and Muslim world ever since 9/11.

Those authorizations of military force are how President Obama got involved in Libya and committed strikes in Pakistan including the one that killed Osama Bin Laden without ever getting a congressional vote, and how Trump was able to do the same in Syria and Iraq to target ISIS. Kaine is now renewing his efforts following Trump’s decision to kill a top-ranking Iranian general.

So what’s his best-case scenario for his vote? Forcing his colleagues to go on the record.

“The idea of another war in the Middle East, a war with Iran, is incredibly unpopular.”

“Putting everybody on the board — everybody should be on the board about whether they believe in their oath,” Kaine told VICE News. “The idea of another war in the Middle East, a war with Iran, is incredibly unpopular.”

In fact it’s paradoxically even harder to corral votes for a resolution limiting Trump’s powers now that he’s already used them, unlike prior efforts to limit lower profile conflicts. It’s a lot harder to stand up to your own party’s president than oppose a hypothetical future action.

“Most of the Republicans are responding complimentary of the President, not questioning his legal authority,” said Sen. Ben Cardin (D-Md.). “You’re for the home team, and you get that loyalty to America, which I understand. But loyalty to America is the proper use of our armed forces.”

That happened just last year, as Kaine worked with Sen. Bernie Sanders (I-Vt.), Rep. Ro Khanna (D-Calif.) and a handful of Republicans to pass a resolution blocking the Trump administration’s ongoing support for Saudi Arabia’s brutal war in Yemen. Trump vetoed that measure, though the Trump administration did back off some of its military support.