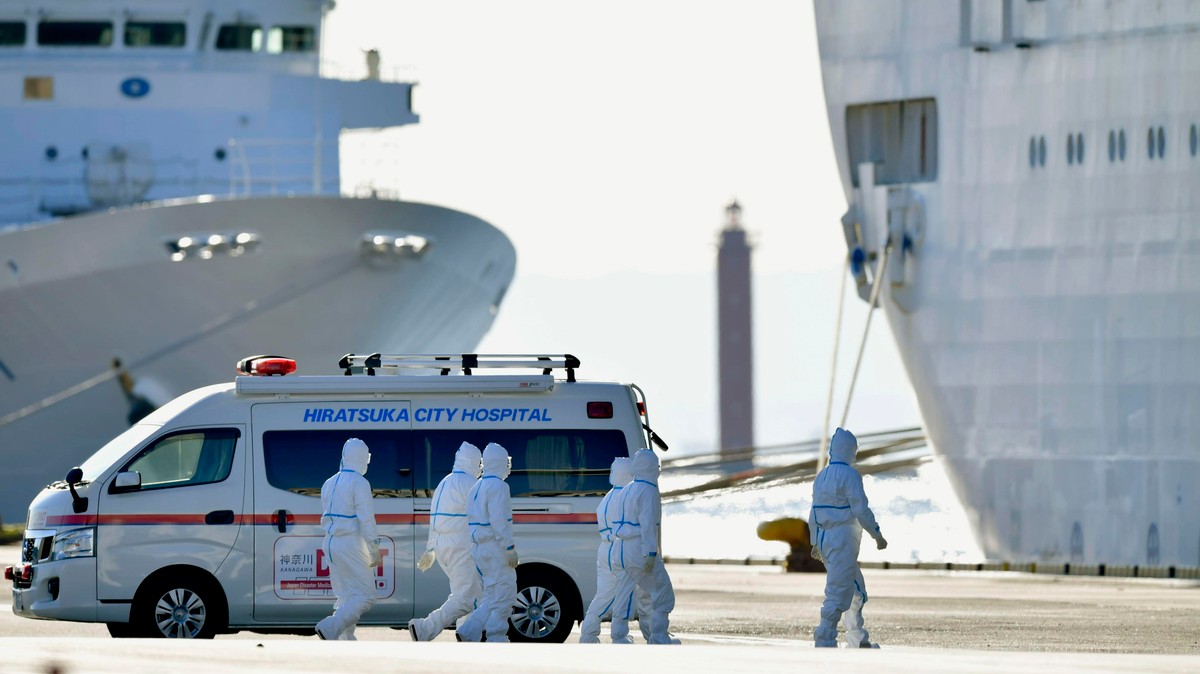 The worst coronavirus outbreak outside China is on a ship, and it’s getting more severe, with 40 more cases confirmed on a quarantined cruise liner in Yokohama, Japan.

Japan’s health ministry announced Wednesday that 39 more people on board the Princess Diamond, as well as a quarantine officer who had come aboard to help screen passengers, had caught the virus, bringing the total number of cases to 175.

According to media reports citing the health ministry, the quarantine officer who caught the virus has been handing out health survey forms to passengers, and had been wearing a mask and gloves in line with ministry guidance. Of the new cases, 10 are Japanese nationals, and the rest are from 11 countries, including the U.S. and China, the ministry said.

Japanese Health Minister Katsunobu Kato said four of the patients diagnosed with the virus were in serious condition, and were either in intensive care or on a ventilator.

The rising number of infections has fuelled an increasingly desperate atmosphere on board the cruise liner, which was placed in quarantine in Yokohama on Feb. 3 with nearly 3,700 people on board after a man who had left the ship in Hong Kong was diagnosed. Fears of being infected in the closed environment of the cruise liner have already prompted some crew members to make panicked appeals on social media for their governments to intervene to release them.

READ: Here’s what’s happening on that cruise ship quarantined in Japan over coronavirus

One of the passengers, David Abel, told Sky News he has been kept awake at night by a fellow passenger crying in her cabin for hours.

“It is more challenging, as each day progresses we are having additional people testing positive,” he said. “We are seeing the results now on a daily basis, so it is getting people’s moods down.”