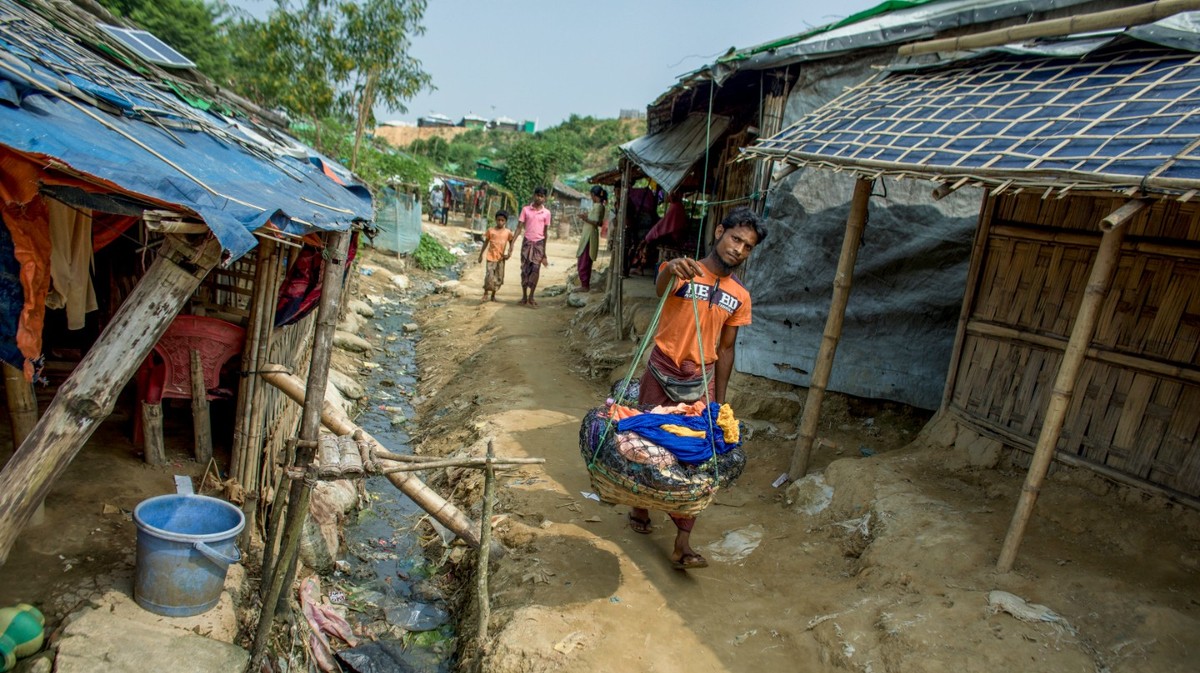 For months, aid agencies have feared the arrival of coronavirus in the world’s largest refugee settlement, the sprawling camps of Bangladesh’s Cox’s Bazar district, where about 855,000 people live in overcrowded and dirty conditions.

Now, the first case of COVID-19 has been confirmed in the nearby town, also named Cox’s Bazar. Aid workers worry that transmission into the camps is inevitable — and will result in a catastrophic outbreak.

Aid agencies are doing what they can to try to prevent or delay an outbreak and make preparations for when the wave hits. But the virus has overwhelmed the well-equipped health systems of wealthy Western and Asian countries, and officials know that Bangladesh, one of the poorest countries in the world, has no chance of responding to a rapid outbreak among one million refugees.

“I shudder to think of what an outbreak in the camps would be like,” Deepmala Mahla, Asia regional director for the humanitarian nonprofit CARE, told VICE News. “I would say this could be something we have never seen before.”

The camps, about 20 miles away from Cox’s Bazar town, are already among the most desperate places on Earth. About 855,000 Rohingya Muslims, who fled a wave of genocidal violence in neighboring Myanmar in late 2017, live in massive sprawls of overcrowded and makeshift shelters on uneven terrain, divided for administrative purposes into 34 camps. Another 150,000 or so Rohingya refugees live outside the camps, among the local community.

READ: A Rohingya refugee recalls her escape from Myanmar

In the camps, basic measures to prevent the spread of the virus, like frequent handwashing and social distancing, are impossible, said Mahla. Families are packed into flimsy shelters at an average density of about 103,000 people per square mile. The traumatized and undernourished population rely on public toilets and wash facilities that are usually overburdened. More than half of households don’t have access to enough water to meet their needs, and only two-thirds have access to soap.

“When you look at the devastation [the coronavirus] has wreaked in so-called developed countries, the damage that could be done in fragile or conflict contexts could be devastating.”

Bangladesh is also just months away from monsoon season, which starts in June and brings high winds, flooding, and landslides that regularly wreak havoc on the refugees’ flimsy shelters and leave the camps mired in mud. The onslaught already makes the camps prone to outbreaks of disease.