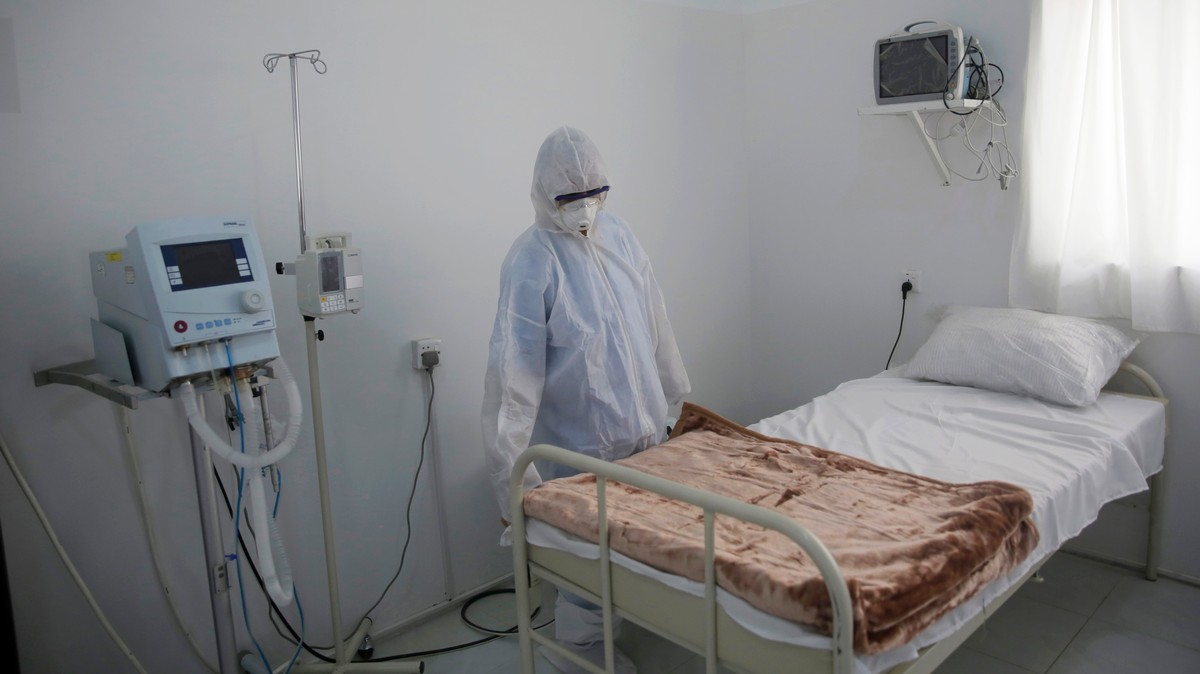 With nearly 90,000 deaths caused by COVID-19 around the world, and fresh horrors emerging daily, there’s no good coronavirus news. But the pandemic may have brought temporary relief for war-ravaged Yemenis, as the threat of an outbreak led to a halt in the country’s brutal five-year conflict on Thursday.

The Saudi-led coalition, which has been battling Houthi rebels in Yemen since March 2015, kicked off a two-week unilateral ceasefire at 4 a.m. ET Thursday, in an effort to prevent a coronavirus outbreak. No cases have yet been confirmed in Yemen, but the country, ravaged by years of fighting, food blockades, and disease, is already suffering the largest humanitarian crisis in the world, and aid groups warn that any outbreak would swiftly prove devastating.

Col. Turki al-Malki, spokesman for the Saudi-led coalition, said the ceasefire was intended to alleviate the suffering of Yemenis, give the Houthis an opportunity to join UN-sponsored peace efforts, and to “support the efforts towards combating the spread of COVID-19 pandemic.” He added that the two-week period could be extended to try to move towards “a comprehensive political solution in Yemen.”

The state-run Saudi Press Agency said the ceasefire was a response to the U.N.’s call last week for a pause of hostilities to help attempts by international humanitarian organizations to prepare for a coronavirus outbreak. Martin Griffiths, the U.N.’s special envoy for Yemen, said he was grateful to the Saudi-led coalition “for recognizing and acting on this critical moment for Yemen.”

“The parties must now utilize this opportunity and cease immediately all hostilities with the utmost urgency, and make progress towards comprehensive and sustainable peace,” he said Wednesday.

READ: Inside Yemen’s war: What it’s like to live in the world’s worst humanitarian crisis

The Houthis, a rebel movement that controls the capital Sana’a and a large swathe of territory in the west, have not responded since the Saudi ceasefire came into effect, and it remains unclear whether they intend to follow suit. Spokesman Mohammed Abdulsalam tweeted Wednesday that the rebels had sent the U.N. a proposal that would “lay the foundations for a political dialogue and a transitional period.” Mohammed al-Bukhaiti, a senior member of the group’s political bureau, told Al-Mayadeen television that the group wanted the Saudis to lift a blockade of Houthi-held areas.

Aid groups who have been scrambling to prepare the country for an outbreak welcomed the ceasefire, but stressed it would need to hold for longer than two weeks to give the country any hope of responding to coronavirus.

“Two weeks is not enough time to prepare this country for the devastating impacts COVID-19 will have on the country, nor to reach those in need and alleviate their suffering,’ said Tamuna Sabedze, Yemen country director at the International Rescue Committee.

“We cannot control a global pandemic amongst bombs and airstrikes.”

Five years of intense conflict has already devastated Yemen, killing more than 100,000 people, and creating the world’s largest humanitarian crisis, with four-fifths of the country’s 30 million people dependent on aid.

The impacts of the crushing violence have left Yemen one of the least prepared countries in the world to respond to an epidemic, and experts believe that poor hygiene and healthcare infrastructure, unaddressed health conditions, and widespread malnutrition will likely result in higher mortality rates in Yemen than in other countries.

READ: Inside the al-Qaeda heartlands of Yemen

According to an International Rescue Committee report published Thursday, half of Yemenis lack direct access to safe water and sanitation, and more than one-third of children are malnourished. Only half of the country’s health facilities are fully functional, two-thirds of the population lacks basic healthcare, and more than 3 million displaced Yemenis live in overcrowded camps and settlements, where social distancing and proper hygiene are almost impossible. Since 2016, the country has been battling a massive cholera outbreak, with more than 2 million suspected cases.

READ: Another cholera outbreak is threatening Yemen and doctors say it could get worse

Muhsin Siddiquey, Yemen country director for the anti-poverty non-profit Oxfam, said the years of war had left the country with virtually no defense against coronavirus. “The impact of the coronavirus on people already pushed to the brink would be devastating,” he said.

“Yemenis desperately need to be able to focus on the basics of keeping their families healthy — not dodging bombs and ground fighting.”

Sabedze told VICE News that the lack of confirmed cases was no guarantee that coronavirus hadn’t already reached Yemen. While tests are being carried out on people with potential exposure to the virus, such as people returning from overseas, there is no widespread testing for the disease, and of the more than 240 returning travellers who have been instructed to self-isolate, about 40 percent are unaccounted for.

“We have to operate on the assumption that the virus might be present in Yemen, as it is present in all neighboring countries,” Sabedze said.

Nearly 3,000 coronavirus cases, including 41 deaths, have been reported in Saudi Arabia, on Yemen’s northern border, with as many as 150 members of the sprawling royal family believed to have contracted the virus, according to the New York Times. Among the seriously ill is senior royal, Prince Faisal bin Bandar bin Abdulaziz Al Saud — the governor of the capital Riyadh — who is currently in intensive care, according to the Times. Oman, on Yemen’s eastern border, has confirmed 457 cases, with two deaths.

Cover: In this, Sunday, March 15, 2020 file photo, a medical staff member works on setting up an isolation room at a coronavirus quarantine ward at a hospital in Sanaa, Yemen. (AP Photo/Hani Mohammed, File)

These 30 Regimes Are Using Coronavirus to Repress Their Citizens