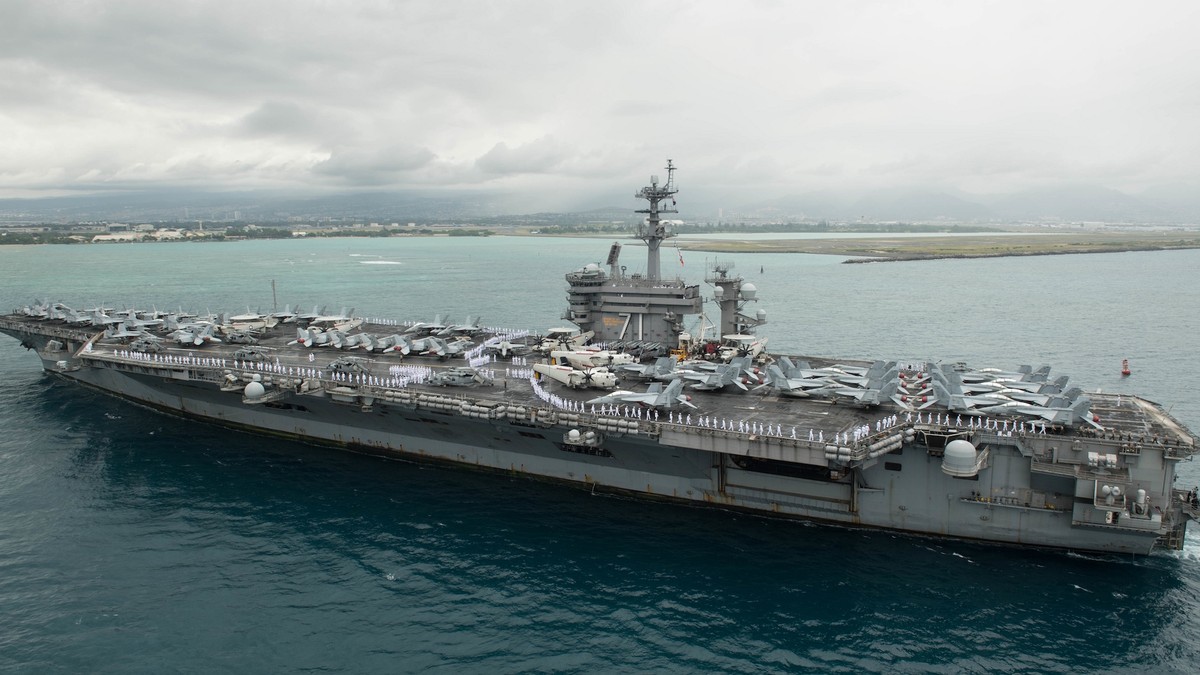 The Navy is pulling one of its aircraft carriers out of commission on the U.S. territory of Guam to test the entire 5,000-person crew for coronavirus, after at least 23 sailors tested positive, Navy officials say.

It’s the latest sign that the pandemic that has overloaded hospitals and brought the global economy to a halt is also starting to take a toll on military operations, even as the civilian authorities increasingly turn to the Pentagon for emergency assistance.

As of Thursday, the Pentagon has said that 574 Defense Department personnel had been confirmed as having the virus, including 280 service members and the first case at the Pentagon itself — a quadrupling from the week before.

The carrier taken out of commission was the USS Theodore Roosevelt, one of 11 active carriers in the Navy fleet.

Officials have downplayed any impact of the outbreak on military readiness.

In a statement provided to VICE News, Adm. Mike Gilday, the top admiral in the Navy, said officials were “confident” the carrier would be “able to respond to any crisis in the region.”

But military leaders have also taken extraordinary steps to ensure the outbreak won’t continue to spread, including suspending participation in a number of major exercises that were planned in Europe and Africa.

On Wednesday, Secretary of Defense Mark Esper announced he was putting a freeze on all military travel and troop rotations for 60 days — a significant departure in tone from the plans announced this week by the White House to “reopen” the economy by Easter. Esper also acknowledged this week for the first time that the virus “may have some impact on readiness,” but assured it would not affect vital operations.

Christine Wormuth, a senior fellow at the RAND Corporation, and a former under secretary of defense for policy, said there’s no way for these changes to not have some impact.

“A lot of what our military forces do both here and overseas is to train so that they stay ready,” she said. “It’s the first time I’ve seen the U.S. take enterprise-wide steps in a health event to try to preserve the health of the force so that it can do its job.”

The Navy is emerging as a central focus of the concerns. Naval vessels — not unlike cruise ships — are easy targets for infections, and sailors are accustomed to powering through the low-level respiratory illnesses common to warships, making it harder to stop something like the coronavirus before it spreads.

In 2009, a Veterans Affairs study of an H1N1 outbreak on a naval ship found that after four sailors contracted the bug during a Fleet Week visit to New York, 135 more on the USS Iwo Jima eventually came down with it. The ship was able to continue operations until docking at its home port a few months later.

Rick Hoffman, a retired Navy captain who commanded two ships during his career, told VICE News that an outbreak on board is “a captain’s worst nightmare. There’s nothing worse — a fire at sea or an outbreak.”

“We’ve effectively taken 10% of our aircraft carrier fighting force out of commission.”

“We’ve effectively taken 10% of our aircraft carrier fighting force out of commission because of a few cases, and it’ll be two to three weeks before we know that we’ve solved it,” he said. Hoffman also said that any pause in the operations of a ship like an aircraft carrier has impacts on the crew’s proficiency. “If I shut down the ship, then every bit of its combat-readiness begins to degrade immediately.”

Mark Cancian, a former Defense Department official and Marine Corps colonel who’s now a senior adviser at the Center for Strategic and International Studies, said he’s less concerned about the short-term fallout of one carrier being out of commission than about what’s yet to come.

“It’s the next step that’s really worrisome,” Cancian said. “The fact that you’ve got a few sailors evacuated, that’s manageable; the fleet’s still doing its thing. What will worry me is when you stop deploying ships, or you pull them back to the U.S. because of sickness and infection on board.”

Cancian added, “If they actually shut down Navy boot camp — because 25% of the military turns over every year — and if you stop the input for any length of time, then the military starts getting under strain.”

How Republicans Snuck Anti-Abortion Measures Into the Coronavirus Bailout Bill