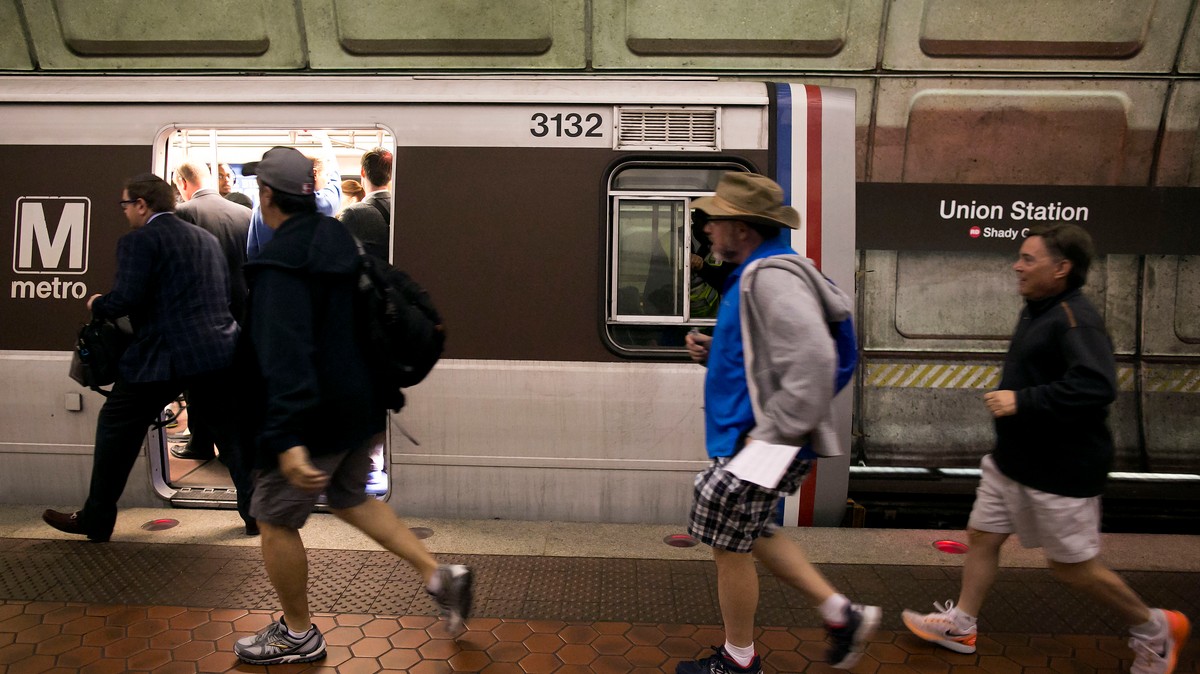 A group of transit cops in D.C. thought it was cool to hold a “friendly competition” to see who could rack up the most arrests and tickets in a month, all for points and prizes.

And it might have passed without notice — except for the recent arrest of a 13-year-old boy.

The contest, meant to incentivize more engagement with the community, was green-lit last July by a supervisor overseeing officers assigned to the northeastern neighborhood of Fort Totten. The game lasted about a month, according to the Washington Post, but it recently came to light after a video of Metro Police arresting a 13-year-old boy went viral on social media this week.

The competition was point-based: Each arrest made that month was worth 20 points, four points were given for every citation, three points for filing a report, two points for submitting a contact card, and one point for working a police pop-up event; turning in three bus contact sheets; and handing out 10 tickets. A winner would be announced weekly.

The reward for the week’s top point-getter? A $20 gift card to the movies.

“Good luck, all. May the odds be forever in your favor,” an email explaining the rules said, referencing “The Hunger Games.” The email also included a picture of a vitamin bottle labeled “One-a-day,” and featured individual pills labeled with the enforcement actions that would earn each cops points.

The competition was eventually shut down by commanding officers when it was discovered. A Washington Metropolitan Area Transit Authority spokesperson told the Washington Post that they condemn the competition.

“This was something initiated at the local level, by the supervisor in charge of day-shift officers at District 1 in Fort Totten, without the knowledge or approval of Metro Transit Police Department command staff,” the spokesman said. “MTPD does not condone the use of competitions with regard to productivity.”

Local council members Charles Allen and Robert White saidthey first learned about the competition as early as last November when an anonymous source within the department tipped them off. The councilmen promptly sent a letter to Metro Police Chief Ronald Pavlik to confirm if the game was indeed real but didn’t receive a response until the Washington Post began looking into the matter.

Though the names of the game’s participants and the supervisor who came up with the idea have not been released, the spokesperson said that “appropriate corrective action was taken immediately.”

The arrest of the 13-year-old boy happened last Thursday at the Shaw-Howard University station. According to police, the boy and a friend appeared to be fighting on the platform when police approached them. When two officers caught up with them, the boys explained that they were “playing around.”

Despite the claim, the officers sat the boys down and asked them to share their names and a way to contact their parents. One of the 13-year-olds refused to give the officers any of the information, stood up and nudged one of the officers who stood in front of him. The boy was told he had assaulted the officer and would be placed under arrest. When he refused to cooperate, he was tackled to the ground and handcuffed.

Witnesses claimed that the officer used “excessive force,” and that the boy could be seen crying and telling officers they were hurting him. The footage, which only shows the aftermath of the incident, sparked age-old conversations about over-policing in black communities.

The boy was taken to Children’s Hospital National Hospital following the arrest and spent the night at a local juvenile processing center upon release.

Since last year, Metro Police vehemently denied that there was any quota system in place, despite a noticeable uptick in fare evasion arrests, nearly all of which affected people of color. WTOP News reported that as many as 17,000 people were stopped for fare evasion in 2018. Fare evasion was eventually decriminalized in D.C. in May 2019.

Here’s How Scientists Think Coronavirus Spreads from Bats to Humans

Here’s Nevada’s Plan to Save Its Caucus From Catastrophe