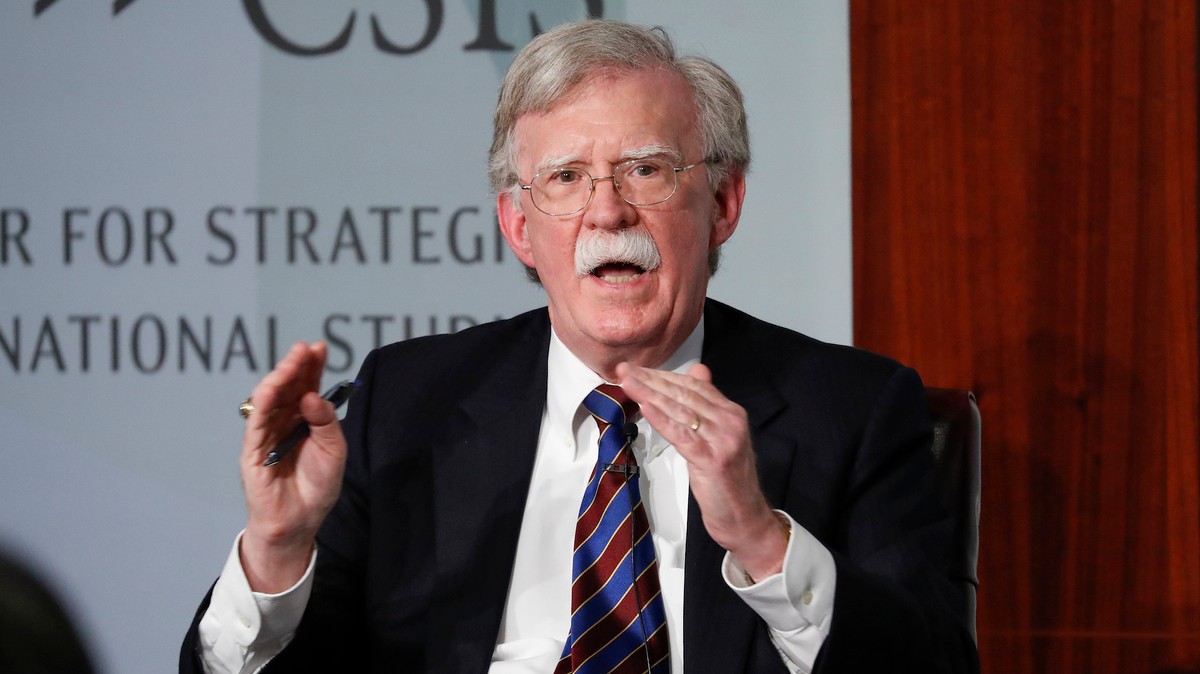 WASHINGTON — President Trump’s Senate impeachment trial will end with an acquittal Wednesday without testimony from a single new witness.

Congressional Democrats are talking about slapping subpoenas on at least two of the most incendiary potential witnesses against Trump skipped over by the Senate: John Bolton, President Trump’s former national security advisor, and Lev Parnas, the indicted associate of Trump’s lawyer Rudy Giuliani.

And there’s little to stop House Democrats from doing that, setting the stage for spectacular televised hearings within months of the 2020 election, even after Senate Republicans nixed the idea.

“The Senate should do their job. If they won’t, we are not ruling out other ways to continue to bring to light and stop the president’s corruption,” Rep. Eric Swalwell (D-Calif.), a member of the House Intelligence Committee, texted VICE News. “There’s no lack of courage in the House.”

Sworn congressional testimony from Bolton and Parnas on Trump and Ukraine could hand Democrats powerful new raw material for attack ads in the 2020 election against GOP senators, and bolster their case that the Senate just staged the cover-up of the century. The ads almost write themselves: This Senate Republican voted against witnesses — but just look what the guy had to say.

The House impeached Trump in December for abusing his office by pressuring Ukraine to investigate former Vice President Joe Biden, and for blocking the congressional investigation into what happened.

House Democrats haven’t officially decided to hold more Ukraine hearings yet. House Intelligence Chairman Rep. Adam Schiff tap-danced around a question about Bolton from CBS last weekend. But other Democrats who spoke to VICE News in the halls of Congress this week as impeachment drew to a close sounded a lot more enthusiastic about the idea.

“I mean, you’ve got to hear from Bolton,” Democratic Sen. Chris Murphy of Connecticut told VICE News. “We need to hear from him under oath. Parnas has another important story to tell as well.”

Bolton and Parnas both claim to be important eyewitnesses to what really went down. Bolton served at Trump’s elbow in the White House until September as the Ukraine saga was playing out. Parnas says he pressured Ukraine’s leaders to announce a Biden investigation on behalf of Giuliani and Trump, and top members of Trump’s team were “in the loop.”

Yet both men also represent tricky witnesses for Democrats, in their own way.

Bolton, an ultra-conservative Yale-trained lawyer, initially refused to testify before the House last fall. He signaled he’d fight a subpoena in court — so Democrats never sent him one, for fear of slowing down their drive to impeachment.

Bolton changed his tune when the Senate trial kicked off in January, announcing he’d appear if the GOP-controlled upper chamber subpoenaed him. Now it’s unclear whether he’d flip again and fight a subpoena from House Democrats if one arrives.

But resisting would put Bolton in the awkward position of refusing to speak about a subject he’s addressed at length, in his forthcoming book, scheduled to come out in March and already available for pre-order on Amazon.

“The Room Where It Happened” reportedly includes fresh and damning details about Trump’s personal role in the scandal. Bolton recounts how Trump explicitly said he wanted to continue a freeze on vital military aid to Ukraine, a nation locked in a brutal war with Russia-backed separatists, until Ukraine announced the investigations Trump wanted, according to The New York Times.

Trump even asked Bolton “to help with his pressure campaign to extract damaging information on Democrats from Ukrainian officials,” by arranging for Ukraine’s president to meet with Giuliani, the Times wrote. Other impeachment witnesses have described Bolton as alarmed by what he saw in Trump’s White House, and quoted him as calling Giuliani a “hand grenade who’s going to blow everybody up.”

If Bolton wants to testify, there’s still another wildcard: Trump.

The White House could try to exert executive privilege over Bolton’s testimony, setting up a legal fight over what Bolton’s allowed to say. It’s far from clear Trump would succeed, however. Some Democrats and legal scholars dismiss the threat as likely to fail in court.

“If Bolton wants to testify, he can,” Democratic Sen. Richard Blumenthal told VICE News. “The only way that president can stop him is by going to court, and that wouldn’t work.”

On Sunday, Schiff implied a House appearance for Bolton might be coming, without tipping his hand.

“I don’t want to comment to this point on what our plans may or may not be with respect to John Bolton, but I will say this: whether it’s in testimony before the House, or it’s in his book, or it’s in one form or another, the truth will come out,” Schiff said on CBS’ “Face the Nation“.

They were all ‘in the loop’

Parnas, the Soviet-born businessman who helped Giuliani dig up dirt on Biden in Ukraine before flipping hard on Trump, also has one hell of a story to tell.

But as an accused criminal fighting campaign finance charges brought by New York prosecutors, Parnas risks saddling Democrats with his reputational baggage if they align themselves with him too closely.

Unlike Bolton, Parnas is clamoring to speak out. Parnas’ attorney has mounted an online campaign to pressure Congress to let him appear, tweeting out selfies Parnas took with members of Trump’s inner circle to show the access he once enjoyed and the potency of his potential testimony.

Parnas has a lot to gain from cooperating with Congress. The move could help him win leniency in his criminal case, in which prosecutors have balked at allowing him to become a cooperating witness. Parnas was charged with helping to channel illegal foreign donations to GOP campaigns, and has pleaded not guilty.

Democrats acknowledge that relying on Parnas might not be the best look for them. But they argue any negative association should rub off on Trump and Giuliani for recruiting Parnas in the first place.

“I think these guys all look like goons, but that’s who tend to be the people who commit crimes,” Murphy told VICE News. “I don’t know if Parnas is credible, but everything he said seems to square with the rest of the testimony we’ve seen.”

Some Republicans said they were bracing for Democrats to inevitably call Bolton, Parnas, and possibly others, even after the Senate acquits Trump on Wednesday, as expected.

“There’s no doubt in my mind they will,” said Sen. Thom Tillis, Republican of North Carolina, told VICE News. “This thing goes all the way to the election.”

But Tillis warned that “voter fatigue” might set in if Democrats persist in bashing Trump over activities already nominally settled by the impeachment drama. Other Republicans agreed.

“I think people are tired of the damn impeachment, and they’re tired of all of this,” said GOP Sen. Rand Paul of Kentucky. “I think we should all hold hands in a big circle and sing Kumbaya and quit all the stupid investigations.”

‘Of Course We’re Panicking:’ Here’s What It’s Like Inside Wuhan’s Coronavirus Quarantine Zone