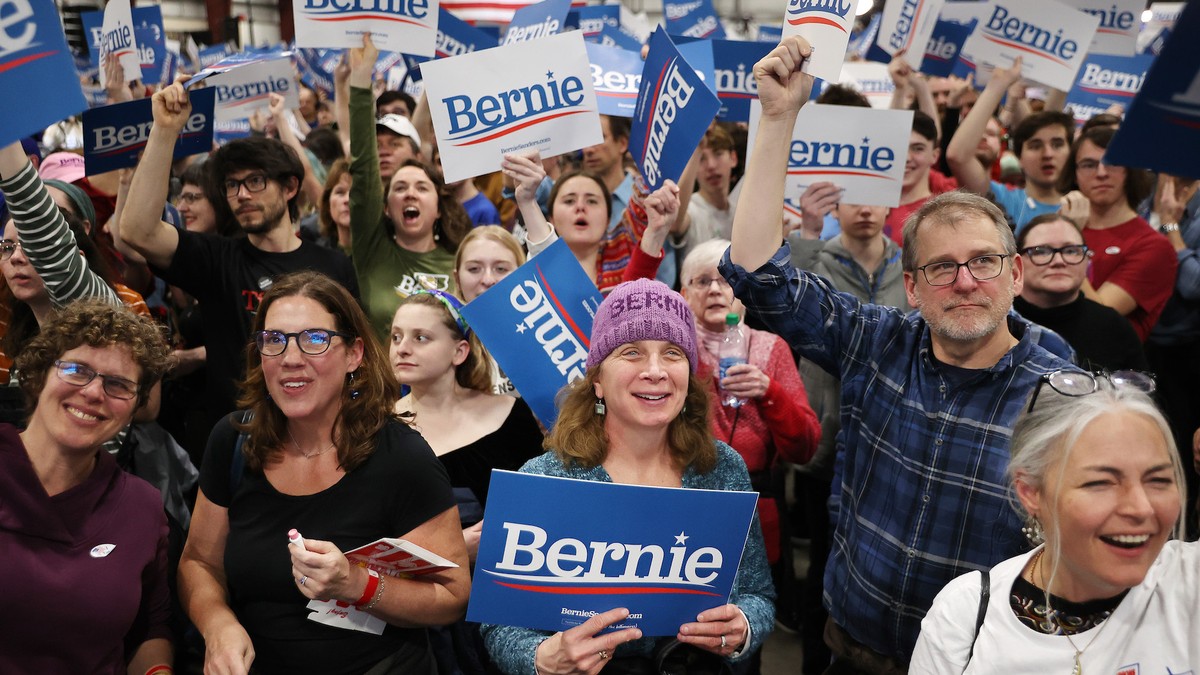 LOS ANGELES — For weeks, Democrats had grown increasingly panicked that they were barreling towards a contested convention.

Multiple presidential campaigns openly talked about their strategy to win one. House Democrats attended a powerpoint presentation to learn the rules in case they were called on to help decide their party’s nominee at the convention.

Joe Biden’s huge night, the decision of a bunch of candidates to exit the race who otherwise would have snagged caches of delegates, and the collapse of both Michael Bloomberg and Elizabeth Warren on election night has made the presidential election a two-candidate race. And simple math dictates it’s now much easier either Biden or Bernie Sanders to win the 1,991 delegates needed to lock in a clean win for the nomination before the convention.

“The chance that someone will have a majority just went way up,” said Jeff Weaver, a top adviser on Sanders’ campaign.

The biggest risk of a contested convention came from a fractured field splitting up the delegate pie in a significant enough way that it would make it impossible for any candidate to win enough delegates to lock in an outright majority. If also-ran candidates had large numbers of delegates, that make it near-impossible for any other candidate to win an outright majority. That would lead to a contested or brokered convention, where the elected pledged delegates would join with superdelegates to vote on a nominee — a process almost guaranteed to be bitter and divisive, especially with an establishment candidate squaring off against Sanders, whose supporters (and some advisers) still think had the nomination rigged against him four years ago by the Democratic National Committee.

A fractured Super Tuesday, when fully one third of delegates were up for grabs, could have greatly raised the likelihood this would happen. But rather than Sanders, Biden, Bloomberg, Warren, Amy Klobuchar and Pete Buttigieg each winning significant delegates hauls, the field suddenly cleared.

Klobuchar and Buttigieg decided to bow out an endorse Biden, keeping them from acting as spoilers by winning delegates and eating into Biden’s count and hurting his chances to win a nomination.

READ: Bloomberg to reassess campaign after spending half a billion to win American Samoa

And the two other candidates left in the race who could have dramatically increased the chances of a contested convention with good nights, Bloomberg and Warren, both dramatically underperformed their original hopes.

Bloomberg hit the 15% threshold required to win statewide delegates in just four of the 14 states up for grabs, and has won just 56 delegates, according to the Associated Press’s most recent count. Warren hit that 15% threshold in just five states and has just 61 total delegates. California is still counting ballots, but both candidates appear to have missed the statewide there, meaning the state’s huge trove of 415 delegates will now go almost entirely to Sanders and Biden.

Bloomberg’s move to drop out and endorse Biden on Wednesday further consolidates the field. Warren is currently reassessing whether to stay in the race, and Warren campaign manager Roger Lau admitted in a memo that the campaign memo to staff obtained by VICE News that she “fell well short of viability goals and projections” for delegates.

READ: Joe Biden won a bunch of Super Tuesday states — but how many delegates did he get?

That means that Biden and Sanders still need to win a slight supermajority of delegates going forward to lock in the nomination — but one of them only needs to win about 52% of total delegates to get to that number, a far more attainable figure than if the other candidates had done better on Tuesday and were still in the hunt for delegates.

Democrats are still worried that a contested convention may occur, The percentage of delegates Biden and Sanders would need to win for one of them to win a clear majority is now a doable figure, but it’s still not automatic that either candidate can reach that number, especially if the race is very close heading forward.

READ: Bloomberg is dropping out and backing Biden now

“I don’t think we’re out of the woods yet,” said Leah Daughtry, who was CEO of the 2016 and 2008 Democratic National Conventions and has been sounding the alarm about a contested convention for nearly a year.. “I still don’t know how anyone gets to 1,919 but the next couple of weeks will tell. …Biden will have to do extraordinarily well and win a majority of those delegates to avoid a contested convention.”

But the level of panic over a contested convention has subsided somewhat in the wake of Biden’s big Super Tuesday.

“There’s always a possibility where something happens where there may not be a candidate with a majority vote, but the next primaries in the next couple of weeks will clarify the situation,” said AFSCME President Lee Saunders, a major labor leader and a member of the DNC’s rules and bylaws committee.

Saunders said the chance of a contested convention is “below 50% now. … I would have said it was above 50% before.”

Cover: Supporters cheer as primary election results are shown on television during a Super Tuesday night rally with Democratic presidential candidate Sen. Bernie Sanders (I-VT) at the Champlain Valley Expo March 03, 2020 in Essex Junction, Vermont. 1,357 Democratic delegates are at stake as voters cast their ballots in 14 states and American Samoa on what is known as Super Tuesday. (Photo by Chip Somodevilla/Getty Images)

Sanders v. Biden Is About to Get Really, Really Ugly