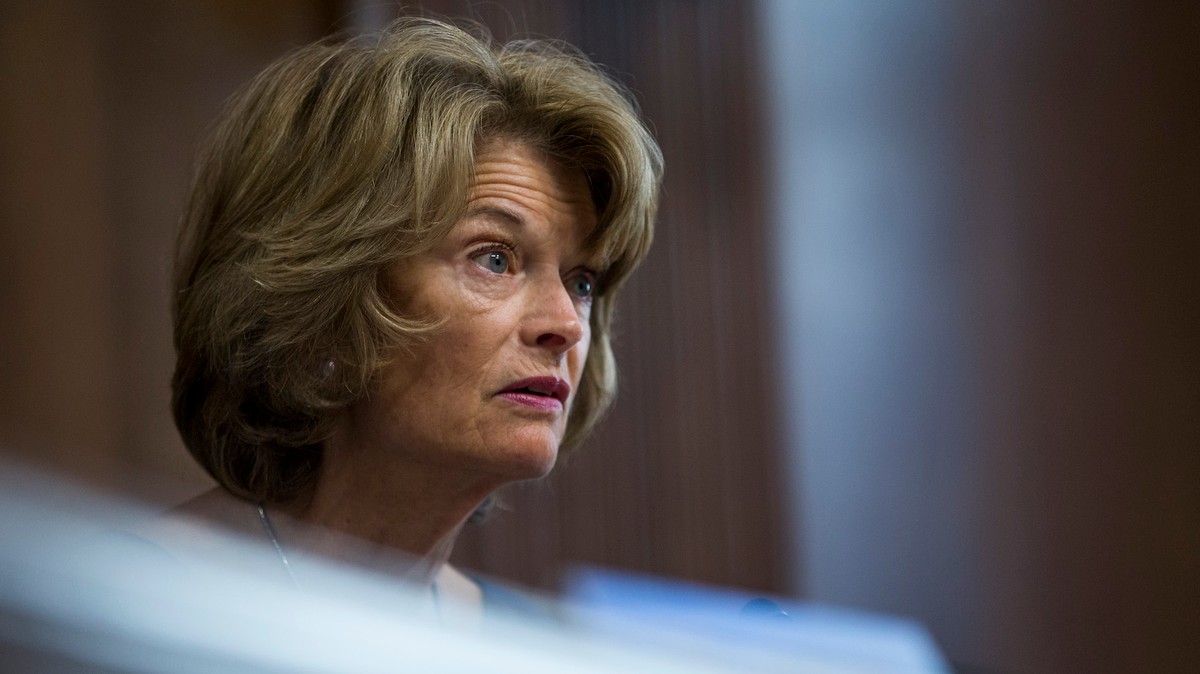 Lisa Murkowski of Alaska announced Friday that she will vote against calling new witnesses because she doesn’t think the Republican-dominated Senate will provide for a fair trial — and that’s “sad.”

Close Senate observers have Murkowski pegged as a possible “yes” vote with Democrats for witnesses, in a vote expected later Friday. Now that she’s out, Democrats will need a wild miracle to succeed.

The senator from Alaska went down with parting shots for everyone. She decried both House Democrats for rushing Trump’s impeachment, and the Senate for failing to ensure a legitimate consideration of the facts.

“I don’t believe the continuation of this process will change anything.”

“Given the partisan nature of this impeachment from the very beginning and throughout, I have come to the conclusion that there will be no fair trial in the Senate,” she wrote in a scathing statement Friday. “I don’t believe the continuation of this process will change anything.”

And that’s just pretty much terrible for everyone, she said, Democrat and Republican alike. But there’s use dragging things out.

“It is sad for me to admit that, as an institution, the Congress has failed,” she wrote.

Not that Murkowski’s “yes” vote would have guaranteed witnesses, anyway.

Even with Murkowski’s support, the best Democrats could have reasonably hoped for as of Friday morning was a tie. They needed four GOP votes. As of Thursday night, they had two: Sens. Mitt Romney of Utah and Susan Collins of Maine. If all 47 votes controlled by Democrats hung together and Murkowski joined, they would have only tied with Republicans at 50-50.

In such a hypothetical, Democrats would still need an unlikely and controversial tie-breaking vote from Supreme Court Justice John Roberts, who’s presiding over the Senate trial. But Roberts is widely seen as inclined to avoid wading so deeply into such a difficult partisan issue all by himself.

Democrats had also looked to retiring Tennessee Senator Lamar Alexander as a possible recruit to their side. But Alexander bailed Thursday night, releasing a statement near midnight that said he didn’t need to hear from more witnesses because Democrats had already proved the main thrust of their case against Trump with a “mountain of overwhelming evidence.”

The House of Representatives impeached Trump in December for abusing his office by pressuring Ukraine to investigate Biden, and for then blocking the congressional investigation into what happened.

But in the Senate, they still wanted to hear from Trump’s former National Security Advisor, John Bolton, who clearly has a lot more to say about the nitty-gritty details of what happened.

Bolton’s forthcoming book reportedly says Trump explicitly linked a freeze in military aid to Ukraine with demands that the country announce investigations into Democrats, including a top Democratic challenger against Trump for the presidency in the 2020 election, former Vice President Joe Biden.

READ: Lev Parnas has a wild plan to burn Trump with a million selfies.

That claim by Bolton bolster the core accusation against Trump in the impeachment case.

Last weekend, news of Bolton’s book shook Washington when it emerged Sunday night. But by the end of the week, Senate Leader Mitch McConnell appeared to have steadied his GOP colleagues, and braced them to hold together to stifle Democratic demands for more witnesses.

Murkowski signaled she did not want to become the Republican Senator who ensured a tie vote over witnesses and forced Chief Justice Roberts to make the decision himself.

In staking out that position, she also took a veiled jab at Elizabeth Warren, Democratic Senator of Massachusetts and presidential candidate.

“It has also become clear some of my colleagues intend to further politicize this process, and drag the Supreme Court into the fray, while attacking the Chief Justice,” Murkowski said. “I will not stand for that effort. We have already degraded this institution for partisan political benefit, and I will not enable those who wish to pull down another.”

That appeared to be a reference to a barbed question submitted by Warren to Roberts earlier this week, in which Warren suggested Roberts’ failure to ensure witnesses could stain his legacy.

“At a time when large majorities of Americans have lost faith in government, does the fact that the Chief Justice is presiding over an impeachment trial in which Republican senators have thus far refused to allow witnesses or evidence contribute to the loss of legitimacy of the Chief Justice, the Supreme Court and the Constitution?,” Warren asked.

Roberts read Warren’s question aloud to the assembled senators, then stared in silence for a long moment in Warren’s general direction, eyebrows furrowed, with a distant look on his face.

Murkowski suggested she wanted no more of this, and berated both the Democrat-controlled House and the GOP-controlled Senate for failing to live up to their Constitutional mandate on impeachment.

McConnell turned heads early in the impeachment process by pledging to operate in “total coordination” with Trump’s White House lawyers. His comment provoked an outcry from both Democrats and legal experts, some of whom compared it to a jury member promising to collaborate with the defense counsel in a criminal trial.

At the time, Murkowski declared herself “disturbed” by McConnell’s remarks.

“We have to take that step back from being hand-in-glove with the defense,” Murkowski said in December. “I heard what leader McConnell had said. I happen to think that that has further confused the process.”

Now, she seems to be saying her concerns were realized. She characterized the climax of Trump’s impeachment trial, which is only the third such proceeding in U.S. history, as a profound failure of American politics.

“We are sadly at a low point of division in this country,” she said.

Hundreds of People Waited in Iowa’s Freezing Temperatures Just to See Trump: ‘I Came All the Way from Colombia’