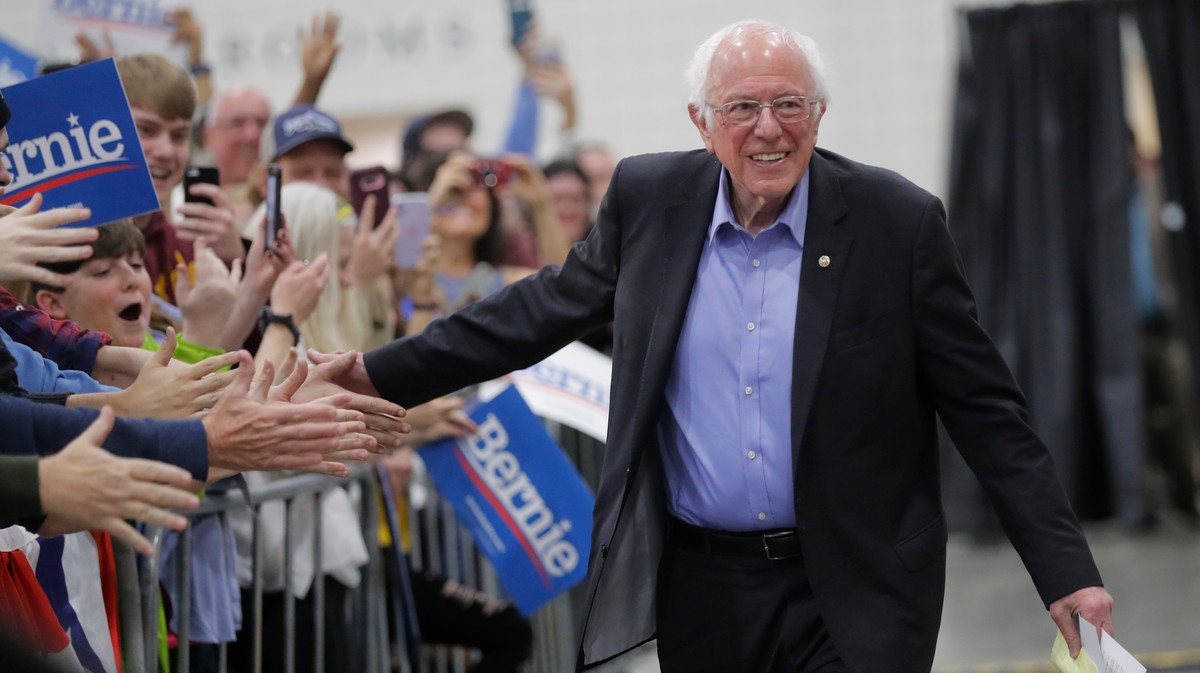 There’s “overwhelming opposition” among dozens of Democratic National Committee superdelegates to giving Sen. Bernie Sanders the Democratic presidential nomination if he wins a plurality of delegates during the primary but falls short of a majority, the New York Times reported on Thursday.

In all likelihood, denying the nomination to the plurality winner would result in a contested convention, which hasn’t happened in the Democratic Party since 1952, before presidential primaries and caucuses went national. But Democratic Party leaders are reportedly ready to risk the prospect of a deep schism in the party in order to stop Sanders at the convention in Milwaukee.

“We’re way, way, way past the day where party leaders can determine an outcome here, but I think there’s a vibrant conversation about whether there is anything that can be done,” Rep. Jim Himes, a superdelegate and former chairman of the moderate New Democrat Coalition in Congress, told the New York Times.

Added New York state party chairman Jay Jacobs: “Bernie wants to redefine the rules and just say he just needs a plurality. I don’t think we buy that. I don’t think the mainstream of the Democratic Party buys that. If he doesn’t have a majority, it stands to reason that he may not become the nominee.”

READ: Democrats are freaking out that Bernie could cost them the House

After the contentious primary between Sen. Bernie Sanders and eventual 2016 nominee Hillary Clinton, two years of debates among DNC members resulted in a rule change that would bar superdelegates from voting on the first nominating ballot unless a candidate has a majority of pledged delegates. This came after Sanders supporters protested the outsized role superdelegates from some states had in the process in 2016.

Preventing Sanders from clinching the nomination without a majority isn’t the only idea being floated by Democratic leaders. Democrats have reportedly called on Sen. Sherrod Brown, who opted not to run for president last year, as a potential consensus nominee at the convention, a prospect one congressman likened to a “novel.” Others have reportedly called on President Barack Obama to broker a truce or for former first lady Michelle Obama to step forward as vice president.

The Sanders camp pushed back forcefully against the prospect of the party refusing Sanders the nomination if he’s won the most votes. “If Bernie gets a plurality and nobody else is even close and the superdelegates weigh in and say, ‘We know better than the voters,’ I think that will be a big problem,” Rep. Pramila Jayapal, a co-chair of the Congressional Progressive Caucus, told the Times.

READ: Democrats are ganging up on new frontrunner Bernie Sanders

Other presidential candidates have seized on the role of Sanders supporters in the DNC reform process, and comments made by Sanders himself about superdelegates in 2016 — Sanders, at one point late in the race, pushed for superdelegates to back him — in refusing to say they’ll back the candidate with the most delegates at the convention if they don’t have a majority. At the debate held just before the Nevada caucuses, only Sanders said the candidate who has the most delegates should be the nominee even if they don’t have a majority.

Sen. Elizabeth Warren, once seen as a key ally of Sanders, again repeated the argument last night at her CNN town hall in Charleston. “Can you explain why the will of the voters should not matter if no candidate reaches a majority of the delegates?” a Sanders supporter asked.

“That was Bernie’s position in 2016, that it should not go to the person who had the plurality,” Warren said. “The way I see this is that you write the rules before you know where everyone stands and then you stick with those rules. So, for me, Bernie had a big hand in writing these rules. I didn’t write them.”

“I don’t see how come you get to change it just because he thinks there’s an advantage to him,” she added.

Here’s Why WikiLeaks Founder Julian Assange Is Dangerous for Trump