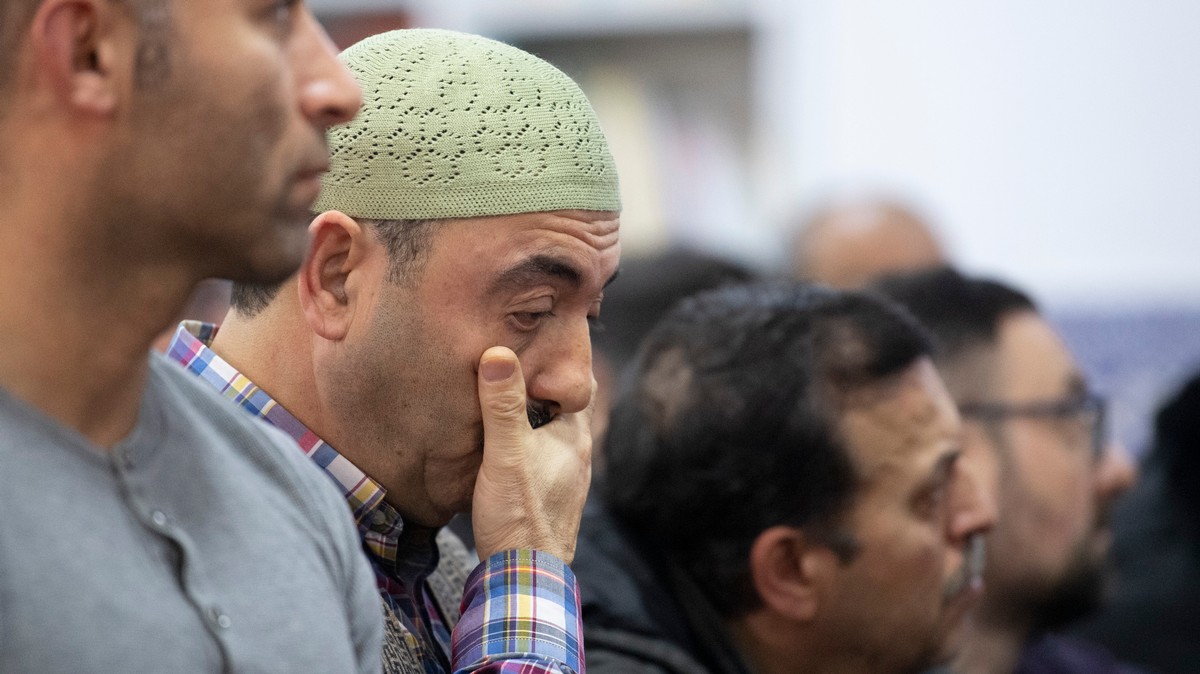 The far-right terror attack in Hanau has united Germans of all political stripes in condemnation of racism, with Chancellor Angela Merkel denouncing it as a “poison in society.” But the political party many blame for fueling the climate of xenophobia is trying to paint itself as the real victim.

Joerg Meuthen, co-leader of the far-right AfD (Alternative for Germany) party, went on the offensive Friday, saying it was “so shabby and disgusting” that “you want to blame us” for Wednesday’s terror attack, in which a far-right gunman shot dead nine people — all of them from minority backgrounds — at two hookah bars, before turning his gun on his mother and himself.

Meuthen insisted that the attack was the act of a “maniac,” and as such could not be viewed as an act of rightwing terrorism.

The AfD, the biggest opposition party in Germany’s parliament, denies that it is racist despite its fervently anti-immigrant, anti-Islam politics. The party routinely paints Islam as alien to German society, and senior party figures have railed against an “invasion of foreigners,” and called for the country to stop atoning for its Nazi past.

“It’s pitiful how Seehofer joins the chorus of usual suspects, and instrumentalizes the heinous deed of Hanau with party politics,” he tweeted.

The gunman, who espoused wild conspiracy theories, appears to have suffered from significant mental health issues. But Robert Lüdecke, a spokesman for the Amadeu Antonio Foundation, a German organization that works to combat the far-right, said that doesn’t disqualify him a right-wing extremist — and that xenophobic campaigning by the AfD likely fueled his hatred towards his targets.

“You can be mentally ill and extreme right-wing at the same time,” Lüdecke told VICE News.

He said the far-right was seizing on the attacker’s mental illness as an attempt to shield itself from scrutiny in the wake of the attacks.

“Even worse,” he said, the AfD was using this argument to attempt to place itself in “the victim role,” by claiming it was being smeared over the attacks.

READ: ‘Not a classical neo-Nazi’: Inside the mind of the Hanau far-right terrorist

He said the party’s rhetoric, normalizing hate speech and fomenting xenophobic sentiment, had played a role in fueling the wave of far-right violence. Lawmakers for the left-wing Die Linke party have pointed out that the AfD in the gunman’s state of Hesse campaigned explicitly against hookah bars for months, painting them as venues of gang rape and other crimes.

“The AfD must be considered as one of the intellectual arsonists which through their ideology fuel these acts of right-wing extremist violence and terror,” said Lüdecke.

Others share his concerns. “It’s this climate they’re creating, where people feel they’re entitled to question the status of people who don’t look stereotypically German,” Grigorij Richters, an activist who organized a demonstration against the far-right in Hanau Friday, told VICE News.