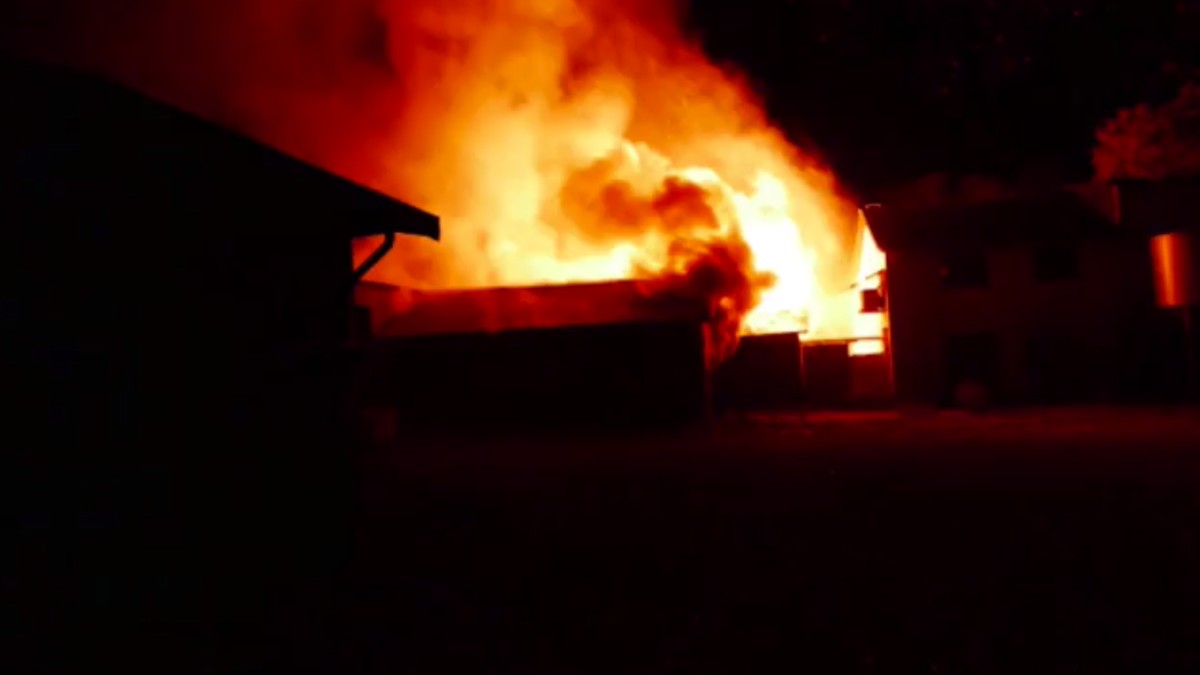 Last fall, part of a mink farm in Sweden was mysteriously burned to the ground and police couldn’t figure out why.

And while the crime remains unsolved by authorities, evidence appears to show an eco-fascist cell within The Base—an American neo-Nazi terror group under intense FBI investigation—is responsible for the arson.

Through confidential sources and online records, VICE believes the crime was allegedly committed by a teenage member of The Base living in Sweden, who first claimed the attack in a video on iFunny, a popular meme-sharing website.

When contacted by VICE, the eco-fascist cell that claimed responsibility for the fire said, “No comment.”

The arson is new evidence of the international reach of The Base, whose leader is believed to be based in St. Petersburg, Russia, and its ability to covertly plot and carry out criminal acts outside of the United States.

“Eco-fascism” is an ideology experiencing a revival among the far-right, which blames the demise of the environment on overpopulation, immigration, and over-industrialization, problems that followers think could be partly remedied through the mass murder of refugees in Western countries. For example, the Christchurch shooter declared himself an “eco-fascist” in his infamous manifesto.

Police in Sölvesborg, a city near the south coast of Sweden where the arson took place, told VICE they believe the fire was intentionally set, but closed the case after not finding any leads

“We think this (fire) was started by someone because there was no electricity or something like that in the building,” said Robert Loeffel, the press secretary for the Swedish Police Authority in the region. “But we don’t know who did it.”

Loeffel said police and firefighters were first called to the mink farm in the late evening on October 30, 2019.

“The fire was all over the farm,” he said. “(The firefighters) worked to take the fire down and we started an investigation at how this started. There were no animals in the building when it started. It was an empty building.”

The owner of the farm, who requested anonymity out of fear of retribution, confirmed to VICE an arson occurred on part of his property in October, but said he couldn’t guarantee the farm was the same one in the video posted on iFunny.

A screenshot from the video of the alleged arson showing the brand of sawdust.

He told VICE the brand of sawdust the farm uses to treat mink skins was the same as the bag seen burning in the video.

“The ceiling is the same (as the barn). You see the bag there where they start burning… that’s sawdust; we use it to dry the skins from the minks,” he said. “The building was full of that in this kind of plastic bag—it’s the company we buy them from.”

He also pointed to a metal fence seen in the video matching the fence on his property. While he acknowledged this kind of fencing is common in southern Sweden, as far as he is aware, his mink farm was the only one to catch fire in the region during that period. The farmer also confirmed stills included at the end of the video were from the fire on his property.

The approximately 50-second video posted to iFunny in November is set to neo-Nazi death metal music, showing the beginnings of a debris fire lit inside of a barn at night. The video cuts to a location some distance away, with the fire growing in intensity, engulfing the entire building. (The burning of fur farms and other animal product factories has a history among “eco-terrorists.”)

Images of firefighters dousing the fire are woven into the video, before it ends with a call to arms: “direct action is the only reaction.” (“Direct action” is shorthand in white-nationalist militant circles for acts of terrorism.)

iFunny did not respond to a request for comment.

“We take real-world action and put a tangible effort into the progress of our cause,” says a manifesto connected to the eco-fascist cell and obtained by VICE. “If you are not fanatical in what you believe, and serious with what you do, do not bother to waste our time.”

The account of the man who claimed responsibility for the arson posting explosive making tutorials on iFunny. Photo via screenshots

The iFunny account associated with the Swedish member of The Base allegedly responsible for the fire also posted the recipe for an explosive that ISIS often shares with its members and potential lone-wolf actors. Two experts familiar with the bomb recipe reviewed the tutorial and confirmed the recipe looks similar to the one used in the how-to-guide that ISIS promotes.

The eco-fascist cell of The Base, which sometimes goes by a different name, bragged about the arson in both public and private channels and used the video in a propaganda push online. The group was originally independent from The Base, but over time merged with it, as the terror group’s ecologically minded wing.

A Swedish animal liberation group also took responsibility for the fire, but the blog where it was claimed featured no original photos or videos; instead it reused images from news broadcasts.

The Base, which is the subject of a nationwide FBI probe that has resulted in the arrest of eight of its members, has already been implicated in conspiracies to commit mass murder and targeted assassinations of antifa activists.

This story has been updated to better reflect the location of Sölvesborg.