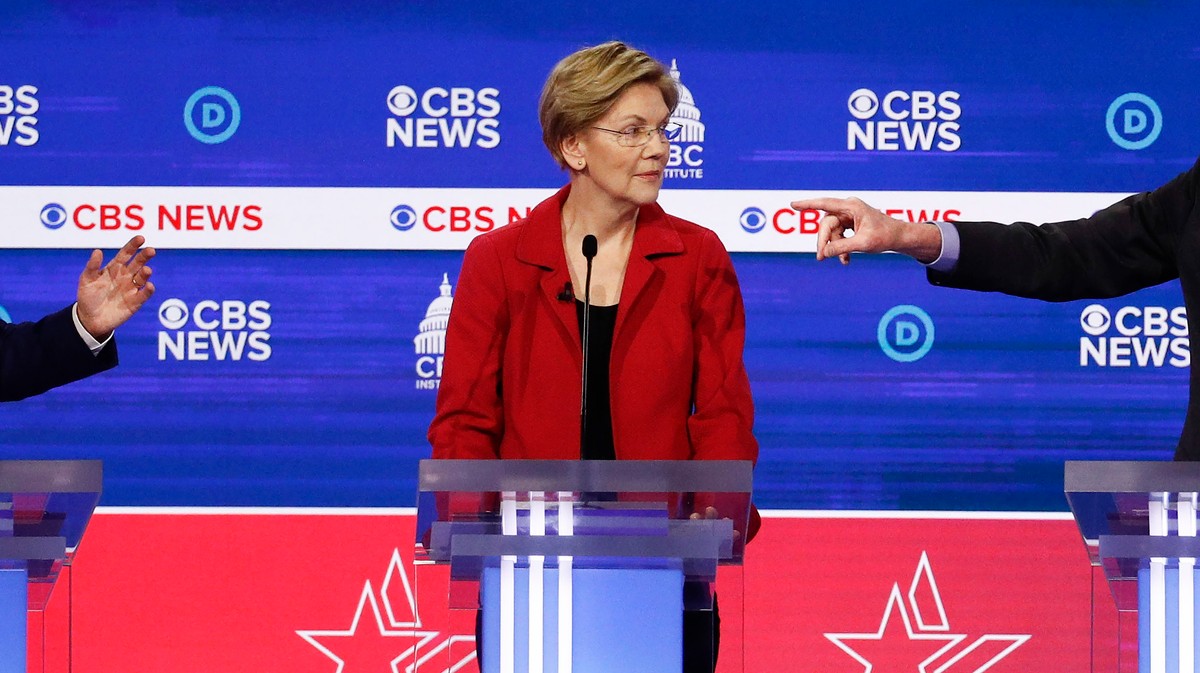 Sen. Elizabeth Warren came out swinging at Michael Bloomberg in Tuesday night’s Democratic debate. In one particularly heated exchange, she accused him of telling a pregnant saleswoman at his company to “kill it.”

Warren had just pointed out Bloomberg’s history of bankrolling the campaigns of Republican senators like Lindsey Graham, Pat Toomey, and Scott Brown — the man Warren beat in her own first run for Senate, back in 2012. Then, Bloomberg called Warren’s comments “sideshows.”

“This is personal for me,” Warren shot back. “When I was 21 years old, I got my first job as a special education teacher. I loved that job, and by the end of the first year I was visibly pregnant. The principal wished me luck and gave my job to someone else. Pregnancy discrimination? You bet. But I was 21 years old, I didn’t have a union to protect me, and I didn’t have any federal law on my side.”

“But at least I didn’t have a boss who said to me, “Kill it!” the way Mayor Bloomberg said to one of his employees,” Warren added, as the audience booed.

Warren then again pressed her case for Bloomberg and his company to issue a blanket release from non-disclosure agreements for any former employees, as she did at the last debate in Nevada.

Warren was referring to an allegation made by former Bloomberg saleswoman Sekiko Sakai Garrison in a lawsuit against Bloomberg and the company. When she told Bloomberg she was pregnant, he allegedly responded, “Kill it!” twice, and said, “Great! Number 16,” a reference to how many women at the company were on maternity at the time.

Garrison and the company reached a confidential settlement, and Bloomberg has denied the allegation in the past — and did so again at the debate.

“I never said it, period, end of story. Categorically, never said it,” Bloomberg said. “We couldn’t figure out what she was talking about. I’m sorry if she heard what she thought she heard or whatever happened, I didn’t take any pleasure in that, and we have to go on. Come on.”